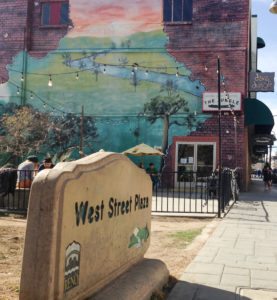 The Reno City Council declined Wednesday to enter into negotiations with a developer that proposed plans to refurbish part of West Street Plaza in conjunction with an adjacent downtown building.

It plans to rehabilitate the apartment units, business facilities and establish new retail frontage on the east end of the building. The 4-story building was constructed in 1948.

As part of its efforts, Siegel Group asked the city if it could lease a 3,000 square foot strip of West Street Plaza that abuts the east side of the Truckee Lane Building. Its proposal includes landscape improvements, excavating, grading, resurfacing and building to allow new retail activity. Construction would take up to six months.

The Siegel Group faced some questioning when presenting proposals at the City Council meeting today  and at the Feb. 3 Recreation and Parks Commission meeting.

Darrell Clifton, Regional Alliance for Downtown board vice president, told council members that Siegel properties have had numerous problems, including high volumes of police calls, not background checking tenants and allowing minimal leases that attribute to an undesirable atmosphere downtown.

“West Street Plaza is an important part of downtown and deserves to be so much more,” Clifton said.

Councilman Paul McKenzie noted there’s been a 179-percent increase in police calls from Siegel Suites El Cortez in the past three months.

“In that time frame, you were supposedly improving your relationship with the police department,” McKenzie said. “I can’t support any type of agreement with you…. Get your sour milk out of the refrigerator before we consider a lease.”

Councilwoman Neoma Jardon agreed and said past behavior is best predictor of future behavior and that there are already some problems at West Street Plaza.

“Bad things are occurring there already and we don’t need a bad situation to get worse,” she said. 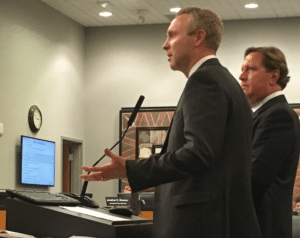 Siegel representative David Stoft noted Siegel Suites El Cortez received a certificate of recognition from the Reno Police Department for assisting with the apprehension and arrest of a wanted subject.

However, Stoft couldn’t respond to the increase in calls and to whether it was because there was more reporting of crime.

Acquiring the strip of West Street Plaza is catalyst to improving the Truckee Lane Building, Stoft said. He added that it’s difficult to get turned away by the city when Siegel is asking to pay fair market value.

Stoft also acknowledged that Siegel isn’t perfect and that a lease stipulation would give the land back to the city if the developer didn’t live up to its lease terms.

“It takes a while to change people’s minds and attitudes,” Stoft said.

The City Council agreed to give Siegel representatives 45 days to get more feedback from the Regional Alliance for Downtown, Redevelopment Agency Advisory Board, Riverwalk Merchants Association and the Recreation and Parks Commission.

Siegel can then return to a future City Council meeting and discuss a lease agreement for West Street Plaza.

Councilman David Bobzien told Siegel representatives that he’s not sure what can be done in 45 days. He noted there’s always a piece of the community who opposes projects but this isn’t one of those cases because the negative feedback has been overwhelming.

“Do what you can,” Bobzien said. “Make the rounds.”