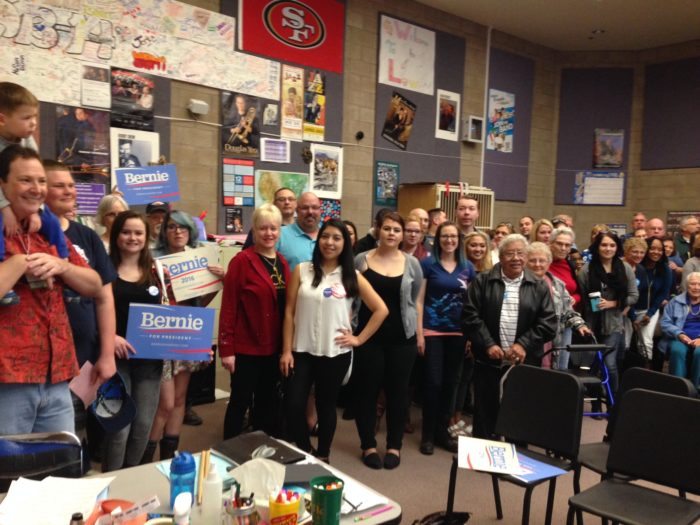 Washoe County and several rural counties proved to be a Sanders stronghold. He was up by about 8 percentage points in the Reno-Sparks area, with 94 percent of precincts reporting but it wasn’t enough to overcome a deficit in the Las Vegas area, which has about 70 percent of the state’s population.

Caucus goers at Mendive Middle School in Sparks waited in long lines to back their preferred candidates.

Nick Georgedes, 91, a Clinton supporter, said he likes Obama’s economic policies and thinks he’d be a good ally of Clinton’s if she wins the presidency.

“I look for a bargain all the time and there’s no place in the world you can get two presidents for the price of one,” said Georgedes, a retired culinary worker.

“I like Bernie Sanders’ economic policies,” said Allard, a retired logistics field worker. “I’ve seen the standard of living in our country go down in the last 35 years and Bernie would like to bring it back to the equilibrium it was.”

“It also doesn’t hurt that her husband is with her,” Williams said. “That’s the last time I remember the economy being really good.”

Jared Primus, 30, said he backed Sanders because Sanders is more of “a man for the people.”

“He’s not backed by any super PACs, and raised money from individuals instead of large corporations and special interest groups,” said Primus, a firefighter. 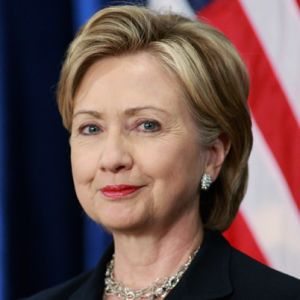 Clinton thanked supporters during her victory speech in Las Vegas.

“You turned out in every corner of the state with determination and purpose,” she said, prior to a stump speech addressing jobs, the economy and racial equality, among other issues.

Nevada held the nation’s third Democratic contest in the presidential-nominating process. Clinton won the first in Iowa by less than 1 percentage point, while Sanders won the second by 22 percentage points in New Hampshire.

The Sanders campaign issued a statement, noting the caucus was closer than initially expected.

“It looks like we’re going to leave another state with roughly the same number of delegates as Hillary Clinton, maybe down just a few,” the statement said. “Nevada was supposed to be a state ‘tailor made’ for the Clinton campaign, and a place she once led by almost 40 points. But today, we sent a message that will stun the political and financial establishment of this country: our campaign can win anywhere.”

During a Democratic Caucus, voters in each precinct gather in groups based on which candidate they support. If a candidate doesn’t have at least 15 percent support, they must either chose another candidate or disengage. Caucus goers who are undecided can listen to speeches from supporters of various candidates and then make a decision.

The Democratic National Committee has assigned Nevada 35 delegates and 8 superdelegates. Superdelegates are office holders and party officials who vote at the national convention but aren’t bound by statewide caucus results when casting their ballot.

PHOTOS: Feelin’ the Bern on final day of early voting

PHOTOS: Bernie Sanders in Reno, fresh off the Texas Democratic...