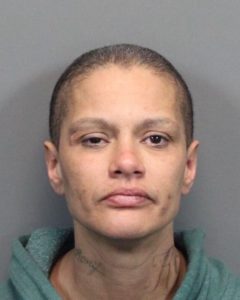 Just before 12:30 a.m. Wednesday, January 6, 2016, Reno Police officers responded to a motel on East Fourth Street on the report of a fight.

A male victim, who had been stabbed, arrived at Renown Medical Center where he later died.

Officers received information that the suspect who stabbed the victim had left the area. She was later found at an apartment complex in south Reno.

The woman, 40-year-old Reno resident, Victoria Sweeting, was interviewed by police and admitted to stabbing the man.

The victim has been identified as 21-year-old Michael Banquicio.

Sweeting was charged with one count of open murder.

Reno Police detectives are investigating the homicide to determine what started the altercation between the male and defendant in this case.