Home > Entertainment > Travel > Warm Up: Five things to do and see outside of Reno
EntertainmentFeaturedNewsTravel

Warm Up: Five things to do and see outside of Reno 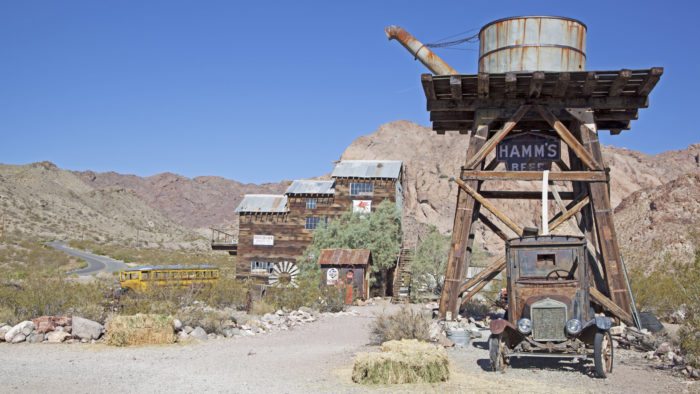 Reno has been experiencing a winter this year — thanks El Nino! — a welcome change from the last few years of drought and higher-than-average temperatures. Still, gray skies and cold conditions can bring on a case of the winter blues. Luckily, a cure can be found right here in the Silver State. To warm up, head for one of these southern Nevada destinations:

Techatticup Mine. This ghost town in the Eldorado Canyon, just east of the community of Nelson, is an old mining camp near the Colorado River and a popular destination for photographers. The Eldorado Canyon was inhabited by indigenous people for centuries before the Spanish descended in the 1700s, searching for gold, according to Tony and Bobbie Werly, who run Eldorado Canyon Mine Tours. The Spanish moved on when the site proved unproductive, but Eldorado Canyon once again was a hotbed of mining activity in the mid-1800s. In those years, life in the Eldorado Canyon was harrowing — the isolated area reportedly became a haven for Civil War deserters, and gunfights were commonplace. The community matured, and by 1920, Nelson’s Landing was one of the most active ports on the Colorado River, and the Techatticup Mine was in full swing, remaining active until the mid-1940s. Today, you can tour the mine via Eldorado Canyon Mine Tours. Nelson is about 44 miles south of Las Vegas, and 76 miles north of Laughlin. Average February high temperature for Nelson: 77 degrees Fahrenheit, according to Areavibes.com. 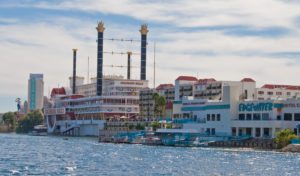 This look down the Colorado River in Laughlin shows the Edgewater, Colorado Belle, River Palms, and the Pioneer. Image: Travel Nevada.

Laughlin. This small community on the Colorado River (population 7,323, according to U.S. Census data), is dominated by nine casino-resorts as well as opportunities for water sports, hiking and other outdoor fun. About 90 minutes south of Las Vegas, Laughlin originally was known as South Pointe, a reference to its proximity to Nevada’s southern tip, before being renamed Laughlin in the 1960s and developing as a tourism destination. Today, visitors can enjoy Jet-Skiing, kayaking, dinner cruises, horseback riding, golfing and more. Big Bend of the Colorado River State Park, just below Laughlin, draws people for hiking, boating and water sports. Grapevine Canyon, about 17 miles northwest of Laughlin and part of the Lake Mead National Recreation Area, offers the opportunity to see petroglyphs — ancient rock art — in a desert oasis. Average February high temperature for Laughlin: 69 degrees Fahrenheit, according to U.S. climate data. 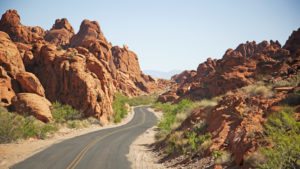 Valley of Fire State Park. Beautiful red sandstone formations and amazing examples of petroglyphs (ancient rock art) draw visitors from around the country and world to this state park in Overton, about 65 miles northeast of Las Vegas. Visitors accessing the park through its western entrance will want to check out Atlatl Rock, a massive rock formation with multiple petroglyphs, including a depiction of an atlatl, a notched stick that was used to throw primitive spears. Head further into the park to the Visitor Center, which explains the area’s geologic and natural history through interpretive displays. Drive up White Domes Road to Mouse’s Tank for hiking or make the turn on Fire Canyon Road, where scenes from the 1994 movie “Star Trek: Generations,” were filmed. Dedicated in 1934 and covering about 35,000 acres, Valley of Fire State Park is Nevada’s oldest and largest state park. The park is open year-round, and the winter months can be a pleasant time to visit, as the temperatures are considerably more mild than they are in the summer, when the mercury hits 100+ degrees Fahrenheit. Average February high temperature for Overton: 66.2 degrees Fahrenheit, according to the Desert Research Institute. 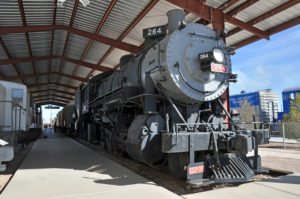 Nevada State Railroad Museum. Visit the museum in Boulder City, about 26 miles southeast of Las Vegas, and ride the historical Southern Nevada Railway, which once hauled building supplies to the site of the Boulder Dam construction. The Nevada State Railroad Museum exhibits historical railroad equipment under an outdoor display pavilion adjacent to the boarding platform for the Nevada Southern Railway excursion train. The train operates on Saturdays and Sundays, with departure times at 10 and 11 a.m. and 1 and 2 p.m. Other things to check out in Boulder City: Bootleg Canyon Mountain Bike Park, Flightlinez Bootleg Canyon zipline rides, and this little thing called Hoover Dam, built in the 1930s to harness the power of the Colorado River to generate hydroelectric power and considered one of America’s Seven Modern Civil Engineering Wonders by the American Society of Civil Engineers. Visitors also may want to check out Lake Mead, created as a result of the Hoover Dam construction. In Boulder City, access Lake Mead at Boulder Beach, just off U.S. 93; there is a $20-per-vehicle entry fee. A great place to overnight is the historical Boulder Dam Hotel. Average February high temperature for Boulder City: 59 degrees, according to U.S. climate data.

Pahrump and Death Valley National Park. Pahrump, 63 miles west of Las Vegas, has some surprises. It’s home to two of the Nevada’s four wineries (Pahrump Valley Winery and Sanders Family Winery); as well as high-performance driving school Spring Mountain Ranch Motor Resort and Country Club; and firearms instruction center Front Sight Training Institute. Pahrump is also a great place to stay if you’re visiting Death Valley National Park, about 61 miles to the west. Here, check out the Furnace Creek Visitors Center & Museum, the park’s main center for visitor information, which has exhibits explaining the area’s natural and geologic history. A 20-minute park film is shown throughout the day, and rangers present programs during the winter season (November to April). From the Furnace Creek Visitors Center, it’s a quick drive to such interesting park features as Badwater Basin, the lowest point in North America (282 feet below sea level), and the Devil’s Golf Course, an immense area of rock salt. After a day exploring, head back to Pahrump for a good meal and great night’s sleep. Average February temperature in Death Valley: 73 degrees, according to the National Park Service.