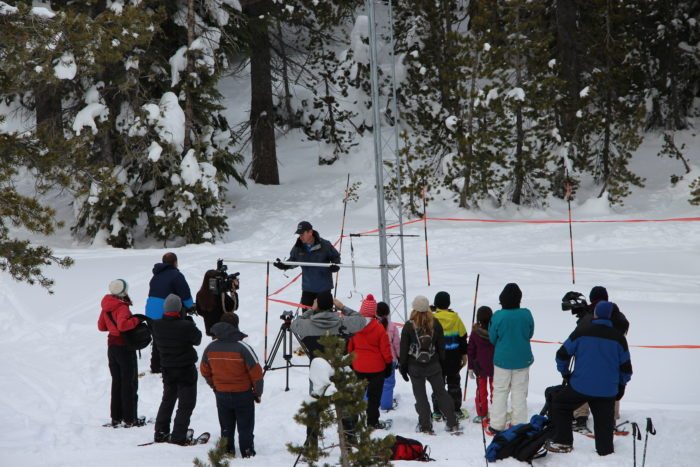 Image courtesy of the NRCS.

While that’s a positive in relation to the past four years of snow accumulations, western Nevada is still considered to be in a severe or extreme drought, according to the national drought monitor.

A significant amount of snow would have to measured this season to put a noted dent in the region’s water supplies, according to Heather Emmons with the USDA Natural Resources Conservation Service (NRCS).

Today’s data were gathered by the NRCS at its Mt. Rose SNOTEL station. NRCS operates an extensive, automated network of SNOTEL weather stations to collect snowpack and related climatic data in the Western United States.

According to NRCS, “The system evolved from NRCS’s Congressional mandate in the mid-1930’s ‘to measure snowpack in the mountains of the West and forecast the water supply.’ The program began with manual measurements of snow courses. Data are reported by radio each hour and available on the internet. The high-elevation locations and the broad coverage of the network provide important data used by water managers, farmers, recreationists, researchers and emergency managers for natural disasters such as floods and droughts.”

In the river basins: