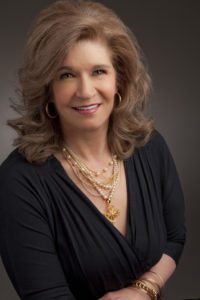 After leading the National Council of Juvenile and Family Court Judges (NCJFCJ) for the past five years, Chief Executive Officer Mari Kay Bickett announced her plans for retirement.

With her leadership, the NCJFCJ has served an estimated 30,000 professionals in the juvenile and family justice system across the country.

“Mari Kay has led the NCJFCJ on a transformational journey,” said Judge Darlene Byrne, NCJFCJ board president. “Under her leadership, she has been an inspirational driving force in helping us address the needs of judges and our courts so they can meet the needs of children and families facing a fast tide of change.”

For the new fiscal year, Bickett has helped the NCJFCJ earn $11.3 million in grants and streamlined the organizational structure of the Reno office and the National Council for Juvenile Justice.

“It has been an honor and privilege to serve as NCJFCJ’s CEO,” said Bickett. “The NCJFCJ is at a pinnacle of success in its almost 80-year existence in serving children, families and victims of domestic violence, and I’m confident that will continue because of an incredible team and network of professionals I’ve come to respect and admire. The NCJFCJ has brought me such professional and personal pleasure because of all that is has accomplished.”

Bickett will be involved searches for a new CEO by remaining with the organization through July 31st, 2016.

The National Council of Juvenile and Family Court Judges to...

The National Council of Juvenile and Family Court Judges announces...