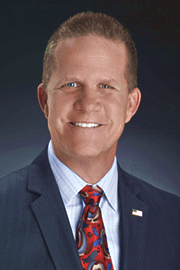 Hutchison filed suit on behalf of Nevada families in favor quickly implementing the ESA. He filed his lawsuit December 22, 2015, even though the state was defending two separate lawsuits challenging the constitutionality of the ESA.

“Earlier today, the parties submitted a joint stipulation to stay litigation in the Norman v. Schwartz case, effectively suspending the case indefinitely. In light of Judge Wilson’s decision in Lopez v. Schwartz, we have set aside our strategic differences, and are united behind the position that the best legal course of action now is to stay the Norman case and support the Attorney General’s efforts in defense of this critical program in the Lopez matter. The parties also agreed that the Attorney General’s Office will withdraw its pending Motion to Dismiss and Disqualify, including the allegations of ethical conflicts or use of confidential information, without prejudice.”

State Treasurer Dan Schwartz said he was pleased with the decision to halt the suit.

“I am pleased that Lt. Governor Mark Hutchison has agreed to stay his ESA lawsuit,” he said. “The Attorney General and I can now focus on the two existing lawsuits and the serious issues they entail.”

A judge last week issued a preliminary injunction against the ESA.