The Washoe County Sheriff’s Office is asking for your help in identifying a man they believe is behind several vehicle burglaries in Reno.

The burglaries took place on Monday, December 21st inside a parking garage near South Center Street. 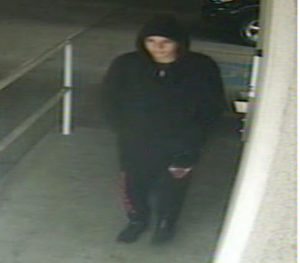 The suspect is described as a white or Hispanic light-skinned male approximately 16 to 19 years old. The male is approximately 5’ 5” to 5’ 10” tall with short dark hair and was seen wearing a black hoodie and black sweat pants with red writing on the leg.