Waste Management Opposes Outside Legal Review of Its Contract with City 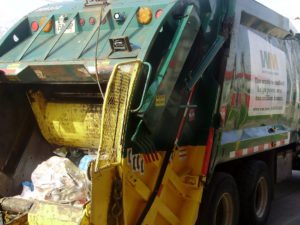 Citing the potential $10,000 cost, Waste Management expressed opposition last night to the Reno City Council over an outside legal review of the city’s contract with the waste management company.

Gary Duhon, speaking on behalf of Waste Management, said the company was concerned about the city spending money for outside legal counsel.

“We question the need … of spending $10,000 of very scarce city funds on outside counsel,” he said. “You have a very competent and professional staff capable of providing all those interpretations.

“This requires a six out of seven vote. What that indicates is a very clear intention (that) you only retain outside counsel under extraordinary circumstances,” he added. “What’s different about this case? If you are seeking independence, the City Attorney … took office after the adoption of the franchise agreement.”

Waste Management previously said it supported the outside examination of the company’s agreement with the city. Company spokesperson Sarah Polito told ThisisReno it would be nice to have an external review of the franchise agreement.

“To have another person provide us with that (outside) interpretation will be welcomed,” she said on December 3. 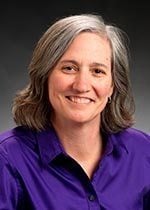 Councilwoman Jenny Brekhus described the franchise agreement as very complex and “a very large policy jump, and that policy jump is playing itself out through litigation.”

However, she noted that during the litigation a judge ruled that many of the complaints filed by Nevada Recycling and Salvage against Waste Management were really matters for the city to take up with Waste Management.

“It was kicked out of courts to us,” Brekhus said. “It’s time to get a fresh set of eyes. I’m frankly really tired of the binders that are filling up my office that these two parties (Waste Management and Nevada Recylcing) are filing and cross filing. I see what these attorneys are doing — they’re papering us. I want to get past this … and I’m very positive about our relationship with Waste Management. Let’s do this today, and let’s keep moving on.”

Waste Management is being sued by Nevada Recycling for conspiring to purchase a local waste hauling company that was part of the franchise agreement when the agreement was being negotiated with city. Six out of seven of the original complaints against Waste Management were dismissed by a judge.

City representatives said that they were not aware purchase negotiations were taking place between the two parties. City Manager Andrew Clinger said that he was unaware that Waste Management was negotiating to buy Castaway.

Stephanie Rice, the attorney representing Nevada Recycling, said she supported the outside review of Waste Management’s contract with the city because of the complaints her clients initially filed against Waste Management.

“The city’s being essentially cheated out of money, and it’s undisputed. There are countless emails between city staff and representatives of Waste Management where Waste Management says, ‘yes, we undercharged.’ For years.”

Waste Management agreed that it has been undercharging customers and is working to fix the situation. 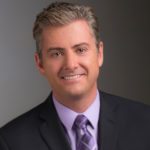 City Manager Clinger explained the request for the outside review.

“This has nothing to do with the competence of our city attorney’s office,” he said. “But I also agree that they were involved with the drafting of the agreement. I don’t think spending $10,000, when we’re talking a franchise agreement that generates millions, is too much to ask.”

The city council unanimously passed a motion to proceed with the outside legal review, with the cost not to exceed $10,000.