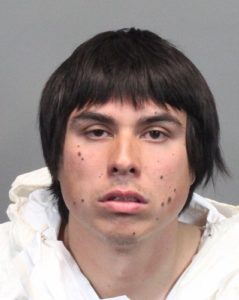 Just before 9 a.m. today, Reno Police (RPD) received a 911 call from a local business, which was reporting that it had just been robbed.

According to RPD: “Officers met with the victim and discovered that she had also been sexually assaulted by (a) suspect. Reno and UNR Police Officers in the area located the suspect who was detained and positively identified by the victim.”

Chad Anthony Phillips, 27, was identified and arrested. He is a registered sex offender and was charged with three counts of sexual assault, kidnapping, battery and for failure to obey sex offender laws.