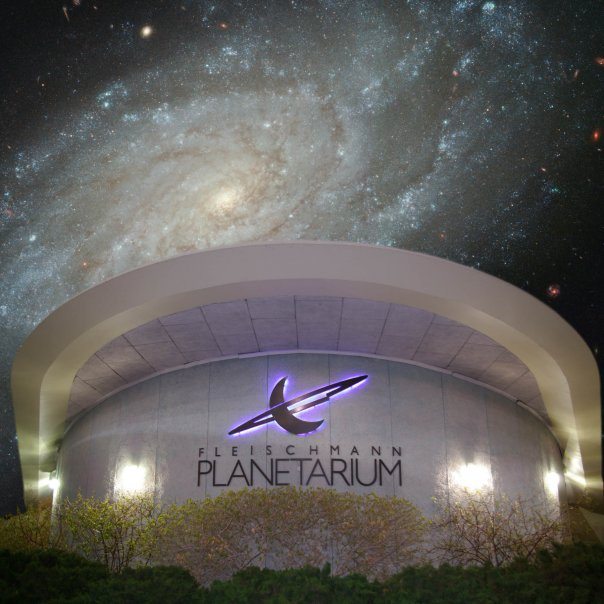 Fleischmann Planetarium at the University of Nevada, Reno is ringing in the New Year by hosting a lineup of immersive theater shows through Jan. 18, 2016. The Dome Theater will be open to all ages for the planetarium’s variety of shows, including “Body Code,” “Ice Worlds,” “Black Holes,” “Season of Light,” “Pink Floyd’s Dark Side of the Moon,” and more.

The Fleischmann Planetarium, founded in 1963, was actually the first planetarium in the world to project fulldome movies, and it hasn’t lost momentum since. The planetarium’s show lineup hones in on the new K-12 Next-Generation Science Standards (NGSS) (adopted by both the Nevada and California state boards of education). Because of this, the interactive shows can be an excellent science education resource for those in attendance.

The planetarium offers a show for everyone, science-inclined or not. The fulldome shows, all, in their own way, depict the wonders of the universe, however there are a variety of subjects to explore. Those who are curious about inner and outer space, as well as the interworking of the body, including the cells of the circulatory and nervous systems, may want to catch the “Body Code” and “Ice Worlds” back-to-back showing If science isn’t a visitor’s go-to, he or she can experience “Pink Floyd’s Dark Side of the Moon.” The music and light show is a mesmerizing tribute to the legendary rock masterpiece. During this show, viewers will be immersed in the show’s HD animation of color and amazing surround-sound.

Whether it’s to learn about black holes or the body, experience rock music or imaginative space frontiers, view protons or the planet, viewers can enjoy a special event this holiday season at the Fleischmann Planetarium.

For details about specific shows and to purchase tickets, visit http://www.planetarium.unr.edu.

Where are all the substitute teachers?

Beth Smith named to school board