Diverse faiths pray together in Reno for Peace & Unity 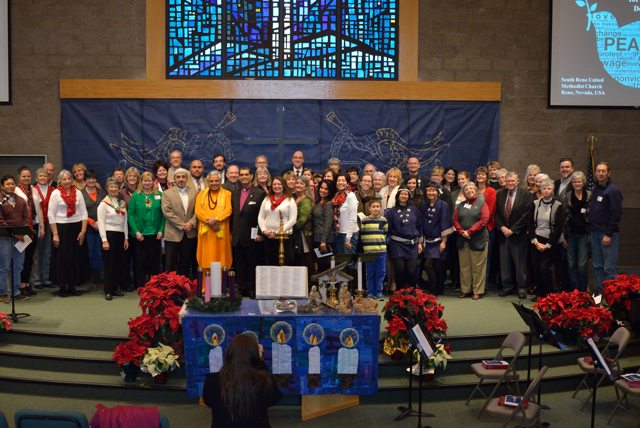 In view of growing violence nationally and globally, diverse northern Nevada faith groups joined hands to pray together in Reno on December 20.

Zed, who is President of Universal Society of Hinduism, speaking on the occasion, said: In view of growing violence nationally and globally, many times targeting innocent people, there is the need to come together in prayer, dialogue, and community to bring light and hope to the spreading darkness. Participants repeated Gayatri Mantra, considered most sacred mantra of Hinduism, in Sanskrit after Zed.