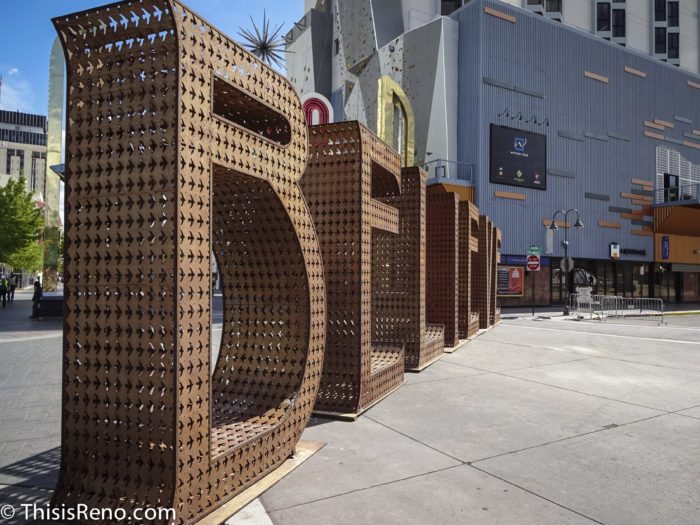 The city’s BELIEVE sculpture, by artist Jeff Schomberg, will be temporarily installed downtown next to the arch for New Year’s Eve.

Mayor Hillary Schieve and the City Council are holding an event at 3 p.m. on December 31, 2015.

The city purchased the sculpture this past summer using room tax funds, and it was previously installed at the arch during the Reno Sculpture Fest.

The sculpture will be permanently installed on the City Plaza in conjunction with the Virginia Street Bridge.