Suspect Who Fled From Police Arrested After Hiding in Attic 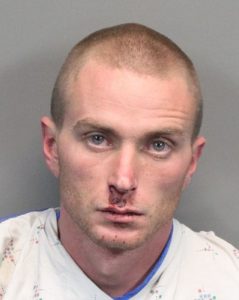 The driver fled and ran into a tree near Keystone Avenue and Durango Court. He was seen running from the vehicle.

Police recruited the help of the Sheriff’s Office Raven helicopter to locate the suspect.

They located a home at the 2000 block of Durango that led them to believe the suspect had broken into an unoccupied house.

“SWAT and hostage negotiators were called in and the suspect was eventually located in the attic of the residence and surrendered to authorities,” police said.

The suspect was identified as 29-year-old Reno resident Nathaniel Williams. He had earlier in the day committed a burglary in Stead, according to police.

Williams was arrested for obstructing and resisting officers, burglary, an ex-felon in possession of a firearm and several traffic charges related to fleeing from police.