Suspect Arrested After High-Speed Chase, Trying to Hide in a Dumpster 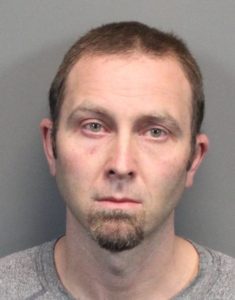 Shawn Procacina, 37, fled from deputies and tried to hide in a dumpster at 7:30 pm yesterday. A deputy attempted to pull over Procacina in Sun Valley after seeing a reported stolen vehicle. Procacina fled, leading the deputy on a high-speed chase.

The driver fled on foot after running a red light north of McCarran Boulevard. He nearly collided with other traffic, lost control of the vehicle, crossed into oncoming traffic and came to a stop on the sidewalk adjacent to the northbound side of Clear Acre Lane, according to the Sheriff’s Office.

“Deputies, assisted by officers from the Reno Police Department, quickly established a perimeter and began a search,” said the office in a statement to the press. “After a short time, deputies found the suspect hiding in a dumpster behind one of the area businesses. The suspect was armed with a pellet gun designed to look like a real firearm.”

Procacina was arrested on charges related to possession of a stolen vehicle, resisting a police officer and a driver disobeying a peace officer endangering others. He had an outstanding felony warrant for burglary.