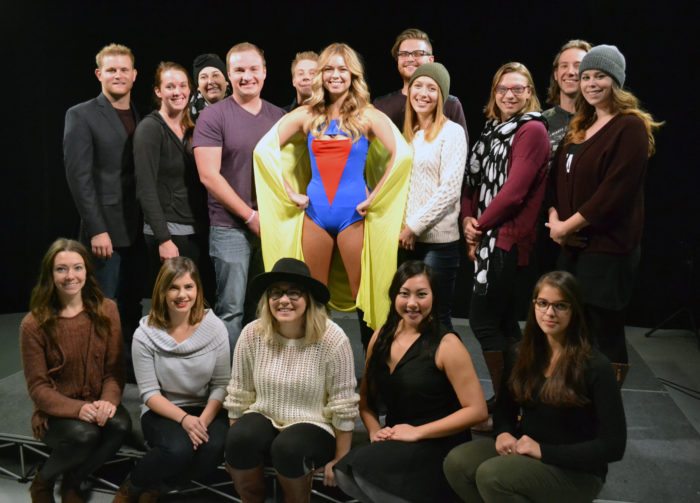 One in five college women are sexually assaulted while in college. That’s why a group of strategic communications students from the Reynolds School of Journalism have launched an aggressive campaign encouraging students from the University of Nevada campus to ask for consent and receive a verbal yes before sex.

Reports of college sexual assault are on the rise across the United States, with more than 90 percent of rapes involving alcohol, and the majority of incidents occurring between acquaintances.

“When looking at different causes to advocate for, this one was an obvious choice,” said campaign spokesperson, Nick Beaton. “It’s close to home for us and affects just about everyone. Really, the statistics are glaring. As college students we wanted to make a difference on our campus.”

The “YES! Always” campaign uses bright colors, comic-style imagery, and a sex-positive tone to reach its college-aged audience. The tagline “Consent never ruined the moment,” encourages people to ask their partner before making a sexual advance. A female superhero named Consentress is the feature of the campaign.

“We tested many approaches, which led our team to realize that a positive approach with a relatively light-hearted tone had the best potential for disrupting existing conversation,” said Beaton.

“We wanted to incorporate sex-positivity into our campaign so that it wasn’t just directed at men,” said campaign spokesperson, Rachel Felix. “We want people to ask for consent, but we also want both men and women to feel empowered and in control when it comes to their sexuality and their bodies.”

Women often feel a sense of guilt when they reject someone. The “YES! Always” campaign serves to promote and celebrate the requirements of all healthy sexual relationships. This includes alleviating the shame and embarrassment women experience after being sexually assaulted, which can prevent them from reporting assaults.

“YES! Always” intends to foster knowledge of sex-positivity on college campuses, promoting students’ choices to participate in safe and consensual sexual relationships. “YES! Always” aims to bring awareness to the boundaries of consent, regarding alcohol consumption and relationships, emphasizing the fact that neither imply consent without asking.

The campaign will run throughout the month of November and into December and will include several events both on and off the UNR campus. These include live Consentress appearances, a student-run forum on November 18 and a dress-up drag event at 1UP on November 21. YESAlways.org and “YES! Always” social media platforms are also being launched to raise awareness about the importance of consent and sex-positivity on college campuses. YesAlways.org includes resources available for other campuses to implement the “YES! Always campaign”.

Thanks to generous donations from the Reynolds School of Journalism and The Associated Students of the University of Nevada (ASUN), the members of the “YES! Always” team have been able to fund various supplies and strategies. The ultimate goal is to not only raise awareness about consent and sex-positivity, but to create a strong campaign that will spread to other college campuses across the nation.