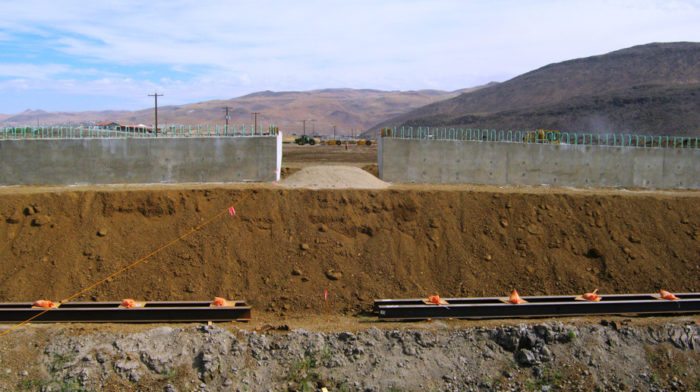 Protecting and enhancing the natural environment is a goal of the SouthEast Connector project, according to Regional Transportation Commission officials.

The statement was issued today after the Ninth Circuit Court of Appeals upheld a lower court’s decision to deny a preliminary injunction to halt construction of the project.

“The record before us does not suggest that the district court here relied on an erroneous legal premise, made clearly erroneous factual findings, or abused its discretion in concluding that appellant failed to show a probability of success on the merits,” wrote the judges in a unanimous decision.

“The RTC is confident in the engineering, design and environmental work that went into developing the project,” said Lee Gibson, RTC’s executive director.

The public provided input at nearly 200 public meetings throughout the development of the project, according to RTC.

The project is on schedule, and 4,000 tons of the invasive tall whitetop has been removed from the site.

The following statement was issued today to the press:

“RTC is working hand-in-hand with wildlife officials, cultural resource experts, and dust control and storm water runoff officials as it relates to U.S. Army Corps of Engineers Section 404 permit and other permits required for the project. Engineering of the SouthEast Connector causes no net rise in flood water and in some cases, reduces flood waters near homes.

“Features of the project include a 5.5 mile roadway linking Sparks to south Reno; a paved multi-use path that will parallel the road; removal of trash and debris; converting seven acres of unhealthy wetlands into an 80 acre self-sustaining wetland complex; and sequestering soil with high levels of mercury under the new roadway. The RTC’s plan for historic mercury left over from the Comstock mining days is estimated to permanently remove 22,000 pounds of mercury from being exposed to the environment.”