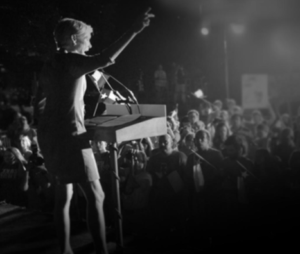 This launch includes a new website, www.IVotePPAction.org, and a series of volunteer forums across the country. I Vote Planned Parenthood Action in Nevada will encourage Planned Parenthood advocates and use that strength to influence the ballot box.

“This election, we’ll show extreme politicians in Nevada and across the country that their actions have consequences. Nevada is a pro-choice state,” according to a statement from the CEO of Nevada Advocates for Planned Parenthood Affiliates.

“Threatening access to safe, legal abortion; insurance coverage of birth control; or patients’ ability to get care at Planned Parenthood are not winning issues with voters in Nevada.  Our supporters and volunteers won’t stand for it — we are strong, we are organized, and we vote.”

VIDEO: ‘Bans Off Our Bodies’ rally held at Reno’s downtown...

PHOTOS: “Together We Can Heal” Health Care Town Hall