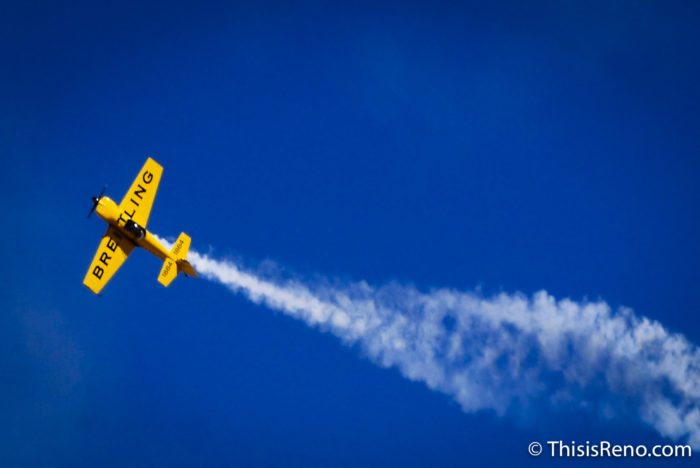 Projecting a profit of over $100,000 for the year, the Reno Air Racing Association has released the preliminary results for the 2015 National Championship Air Races.

“The National Championship Air Races is not only the fastest motor sport in the world and an event that is followed by aviation enthusiasts from around the world, but it’s a treasure for our community,” said Crowell. “Our goal for this year was to look at this event like a business and operate in such a way that would ensure it is around for many years to come. We had to make some tough decisions to get our costs in line, but with the support of our board, staff, event chairs and dedicated volunteers, we were able to turn a budgeted $630,000 loss for the year into a $100,000 projected profit, which is exactly what we needed to do.”

“To say we’re very pleased with the preliminary results of the 2015 National Championship Air Races is an understatement,” said John Agather, chairman of the Reno Air Racing Association board of directors. “We’re already planning for a great event next year and are excited to have the Blue Angels returning in 2016.”

Test Your Drone Skills with Embry-Riddle at the Air Races