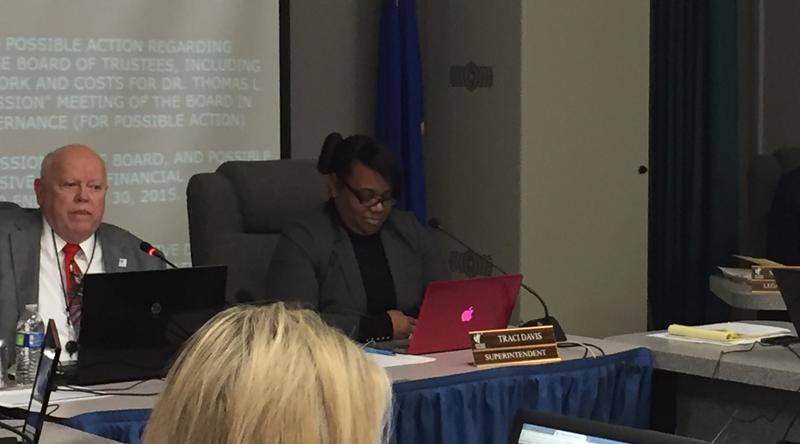 In a 5-2 vote, the Washoe County School Board approved a controversial contract with Superintendent Traci Davis after nearly four months of negotiations.

The contract will give Davis a base pay of $238,000, the same as her predecessor Pedro Martinez, and more than $70,000 in benefits, including backpay, a vehicle allowance and attorney’s fees.

Davis says the contract is fair.

“I haven’t been paid as a superintendent for over 14 months, so this isn’t like, oh, all of a sudden I came up with this idea,” she says.