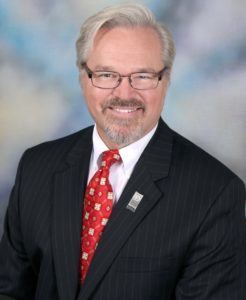 The decision to terminate Baum’s contract was abruptly announced Monday as the agenda for today’s special meeting. This was after Baum received a bonus and had his contract extended by three years in February.

Discussion at this morning’s meeting centered on the topic that it was time for a change of leadership at RSCVA’s helm.

The subtext implied a lack of confidence by most the board in its decision to end Baum’s contract. Contractual requirements, however, prevent both sides from making disparaging remarks about one another.

RSCVA Board Chair Bob Lucey said that it is time for a new direction, one that is focused on attracting millennials to the region.

“The board needs to focus on moving forward,” he said. “As I came chair of the board in July, I felt that we needed a new direction, and I was hoping for a new direction and hoping that we could achieve that with a new board.

“I have worked with Mr. Baum continuously over that time. Ultimately, through discussions with Mr. Baum, (we) felt that this might be the right decision to help move the RSCVA board move forward.

“Mr. Baum didn’t fail at anything,” he added.

Board member John Farahi, Atlantis Casino Resort Spa CEO, in discussion about seeking a search firm for the next CEO, said that the previous search firm has made poor decisions in the past.

RSCVA’s board was recently downsized, as mandated by legislation from the 2015 legislative session, from 13 to nine. The board has been perceived as unwieldy with board members even blaming themselves for problems with RSCVA’s leadership concerns.

The turnover in RSCVA leadership was “because the board has done a terrible job,” Farahi said.

The board is putting forward names for an interim CEO, which will be discussed at its next meeting.