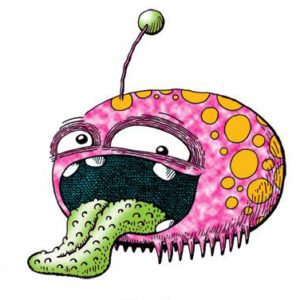 This weekend was significant for an inauspicious reason, according to the Centers for Disease Control – it marked the date the CDC officially began tracking cases of the flu.

October 4 was the official beginning of flu season.

“Seasonal flu vaccines are your best protection against getting flu,” said Heidi Parker, executive director of Immunize Nevada. “Everyone 6 months and older should get a flu vaccine every year. The flu vaccine can literally save your life or the life of someone you love. Getting vaccinated not only protects you, but also those in our community who are vulnerable — like children and seniors.”

Nevadans are increasingly seeing flu vaccine reminders at local pharmacies, and family doctors/pediatricians are now reminding patients to get themselves and their children vaccinated.

These are valid reminders. Because while some think flu is akin to a “bad cold,” it’s something altogether different — and far more serious.

CDC Chief Thomas Frieden spoke during a National Foundation for Infectious Diseases press conference Sept. 17, noting that the 2014-2015 season had the highest hospitalization rate among seniors ever documented.

And so far this year, the new vaccine formulation appears to be a good match for the infection.

“The [strains] that are causing very early disease are exactly as predicted, and it looks to me like the vaccine is going to be well protective,” Dr. William Schaffner, infectious disease specialist at the Vanderbilt University School of Medicine and the past president of the NFID, said at the press conference.

To emphasize the gravity of flu, the CDC and flu.gov ask people to keep a few facts and figures in:

• More than 200,000 Americans are hospitalized and thousands die every year from the influenza virus.
• During the 2014-2015 flu season, 146 pediatric deaths were reported from 40 states; that number is typically closer to 100.
• Eight pediatric deaths occurred in Nevada during the 2014-2015 flu season.
• Flu causes 38 million lost school days and 111 million lost workdays a year, resulting in more than $7 billion in lost wages.
• About 20,000 children under 5 are hospitalized each year from the flu.
• The median age of children who died from the flu virus from January 2014-June 2015 was 5.9 years old.

Flu vaccination, either by shot or nasal spray, is your best chance at not getting the flu, and Parker adds that Nevada has many options for no-cost flu vaccinations. Additionally, Immunize Nevada has a convenient interactive widget on its website, www.influencenevada.org; the “Flu Vaccine Finder” allows you to input your zip code, generating a list of locations nearby offering flu vaccine.

And according to the CDC, people should be vaccinated against flu as soon as possibly after vaccine becomes available — ideally by October.

“It takes about two weeks after vaccination for antibodies to develop in the body and provide protection against the flu,” notes the CDC’s website.

But what if you do contract flu?

• A fever of 100 degrees or higher
• A cough and/or sore throat
• A runny or stuffy nose
• Headaches and/or body aches
• Chills
• Fatigue
• Nausea, vomiting and/or diarrhea

CDC recommends that you stay home for at least 24 hours after your fever is gone except to get medical care or other necessities.

Local emergency physicians urge you to get vaccinated (sponsored)