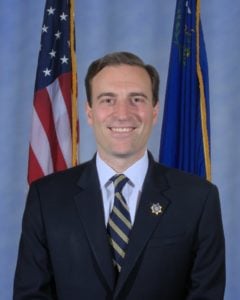 “The governor’s statement seeking to undermine this sage-grouse litigation is troubling.  His statement that the attorney general is acting in his personal capacity is wrong. The state of Nevada has joined this lawsuit. Pursuant to Nevada Revised Statute 228.190, the attorney general is the only constitutional officer authorized by Nevada law “to intervene or to appear in” litigation about public lands “in the name of the state.” The Attorney General’s Office has done so.  Moreover, because of the importance of this suit, numerous Nevada counties have stepped forward to fund it.

Nevada Attorney General Adam Laxalt does not represent Nevada in his decision today to join a coalition in a lawsuit against the federal government over land-use plans for sage-grouse conservation, said Nevada Governor Brian Sandoval.

“By pursuing litigation now, the Attorney General is acting in his personal capacity and does not represent the State of Nevada, the Governor, or any state agencies,” said Sandoval’s spokesperson Mari St. Martin. “If the Greater Sage-grouse had been listed as an endangered species, the consequences of that listing would have been permanent and inflexible. It would have given exclusive control of the management of the bird as well as the habitat to the federal government.”

Laxalt said the recent federal decision not to list the sage grouse as endangered has in it plans that would “have an adverse impact on Nevada’s economy, affecting ranchers, mining exploration, new energy source development, recreation and everyone who works in these industries. 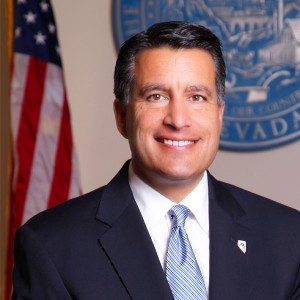 “Being home to the second highest population of sage-grouse, this bird has long been a part of Nevada’s rural culture and history,” he said. “Nevada has already demonstrated that our state plan does a better job protecting sage-grouse than the federal plan, while also respecting the other needs of Nevadans. I am encouraged by the overwhelming support of federal, state and local government officials, together with Nevadans across our state on my decision to join this suit.”

“The Governor continues to have significant concerns about the 10 million acres — 3 million of which are in Nevada — that were immediately withdrawn from future mineral entry and multiple use by the Bureau of Land Management and will continue to engage Secretary Sally Jewell on this issue,” St. Martin said. “The Governor’s course of action is informed by more than a decade of experience on this issue and he believes it is premature to pursue litigation.

“The Governor believes that joining a lawsuit now will chill ongoing discussions between the state and Department of Interior, divert resources from the current strategy of engagement and could actually undermine the ‘not warranted’ decision nearly every stakeholder has been working toward for over a decade. Once this collaborative phase of engagement is complete, further action will be considered.

“Prematurely embroiling the state in costly litigation at this juncture threatens to compromise future collaborative efforts to implement the Nevada plan developed over the last four years by the Sagebrush Ecosystem Council,” St. Martin added.

The council consists of state and local leaders, and industry and conservation stakeholders who have been working for years on the sage-grouse issue.