Home > Entertainment > Arts > Five Things to Do & See Outside of Reno: Take your pick of day trips
ArtsEntertainmentFeaturedNewsTravel

Five Things to Do & See Outside of Reno: Take your pick of day trips 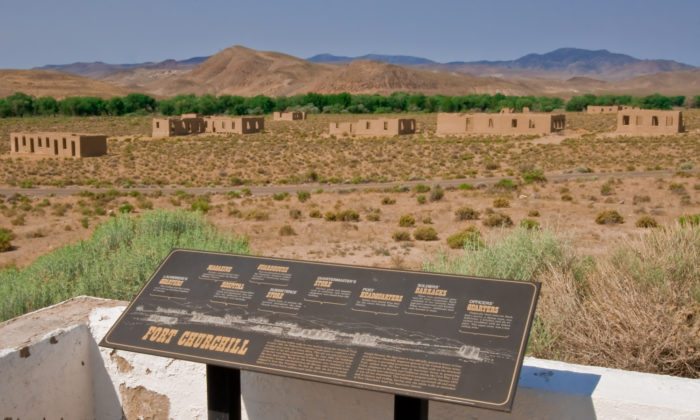 November’s one of those in-between months: not quite fall, not quite winter. Warm autumn breezes may send you out in search of harvest festivals and hiking; rain and snow might have you looking for indoor fun. It’s a month to be flexible with travel plans, so here’s a look at five different day trips outside of Reno:

In 1861, three years before Nevada would become a state, the federal government built a U.S. Army fort in what is now Silver Springs. The fort was abandoned in 1869, but ruins remain, providing insight — along with the park’s visitors’ center — into the story behind this early western outpost.

Fort Churchill is in Silver Springs, about 58 miles from Reno via Interstate 80 east and Alt U.S. 95 south. There are picnic areas and campsites at the park and a small trail system with a few short (less than 2-mile) hikes. There is a $7 fee ($5 Nevada residents) to enter the park.

On your visit, you also may want to check out Buckland Station. It’s part of the state park but located about a half-mile south of the Fort Churchill entrance road. After Fort Churchill was dismantled, Samuel Buckland built the two-story house and rented rooms to pioneer travelers. Riders on the Pony Express, the old West horseback mail service, stopped here to change mounts. Admission to the Buckland Station museum is $1.

Why visit now? Fort Churchill is running an amateur photo contest through mid-November. Photos must be of scenery, plants, wildlife or cultural resources within Fort Churchill State Historic Park. One photograph per person may be submitted, and entries must be submitted as 8-inch-by-10-inch photos or smaller with a 2-inch matte and a frame. Entries must be received at the park by Nov. 15, or postmarked by Tuesday Nov. 10. Details here. 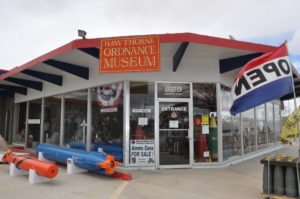 Veterans Day, which falls in November, puts us in a patriotic frame of mind. Learn more about the state’s military past — and check out historical weaponry — at the Hawthorne Ordnance Museum.

Hawthorne, about 135 miles southeast of Reno on Interstate 80 east and U.S. 95 south, claims the nickname “America’s Patriotic Home,” as it is the site of the Hawthorne Army Depot ammunitions storage facility, which opened in 1930 as the Hawthorne Naval Ammunition Depot. The area also is used by Marines for training exercises.

Get in one last hike or mountain bike before winter sets in. The 5.2-mile loop Pinyon Trail opened earlier this year just east of Gardnerville, which sits about 60 miles south of Reno on U.S. 395. The trail wraps around a hill and affords views of the Pine Nut and Carson mountain ranges. For a review of the trail from a mountain biker’s perspective, click here.

After working up an appetite on the trail, stop at J.T. Basque in Gardnerville for a family-style Basque meal. Basque dining is somewhat of a tradition in northern Nevada and has its roots in the late 19th century, when immigrants from the Basque Country — a region between France and Spain — settled in the area and worked as sheepherders. Plan for large portions of hearty fare served family style.

Mining has shaped Nevada’s history and its landscape: the state is peppered with ghost towns — remnants of communities that formed near gold or silver 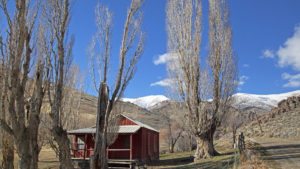 strikes, only to be abandoned when the mines played out. One of the most interesting is Unionville, about 150 miles northeast of Reno off Interstate 80 east. It’s here where Sam Clemens — also known as American author Mark Twain — prospected briefly in the early 1860s.

Today, Unionville has a population of about 20, and Twain’s former cabin still stands. The picturesque ghost town makes for a fun day trip from Reno, or turn it into a short getaway by booking a stay at the Old Pioneer Garden B&B Guest Ranch.

The quest for the perfect holiday gift will take you past Gerlach, a small community about 107 miles northeast of Reno, to the small desert oasis upon which Planet X Pottery stands. John Bogard set up the art studio and gallery in 1974; he and his wife, Rachel, open the place from 10 a.m. to 4 p.m. most every day to showcase John’s porcelain, stoneware and Raku pieces, as well as his paintings. It’s recommended to call ahead before visiting.

On the drive up, explore Gerlach, which sits on the edge of the Black Rock Desert, site of the annual Burning Man Festival. Grab a bite to eat at Bruno’s Country Club & Hotel (it’s the only restaurant in town) and stop by the Friends of Black Rock High Rock Visitor Center and Store for maps and information about the Black Rock Desert.