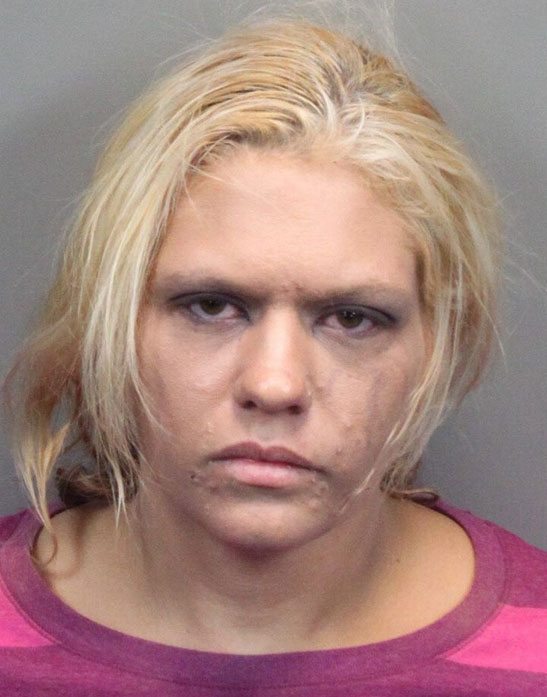 Deputies responded to Brook’s property Monday, October 5, 2015, to conduct a welfare check on her seven children.

“The property was in disarray, with broken down cars, hazardous materials containers, fuel containers and garbage scattered about the premises,” the Sheriff’s Office said in a statement. “Deputies also observed two horses contained in corrals on the property that appeared to be extremely malnourished and without any visible sources of food, clean water or suitable shelter to protect them from the elements. Both horses also showed visible signs of lack of care such as long an uncared for hooves and patches of missing coat.”

Deputies said that five dogs were kept in containers and one dog was running unrestrained at the property.

“Based on concerns for the children and animals living on the premises, deputies obtained a search warrant and returned to the property along with Regional Animal Services on Tuesday, October 6,” the statement added. “The search of the house and property revealed conditions that were unhealthy, hazardous and uninhabitable for children.

“These included unsecured weapons, unsecured prescription medicines, unsecured power tools and other sharp objects, animal feces throughout the grounds and interior of the house, rotting food inside the house along with piles of garbage and laundry creating a biohazard.”

Brooks arrived home during the property search along Quinonez and four of her children.

Quinonez is the father of one of Brooks’ children. He was  arrested on one count of felony child neglect and for violation of parole.

Brooks’ seven children are under the care of Washoe County Child Protective Services; the horses are being cared for by Washoe County Regional Animal Services.