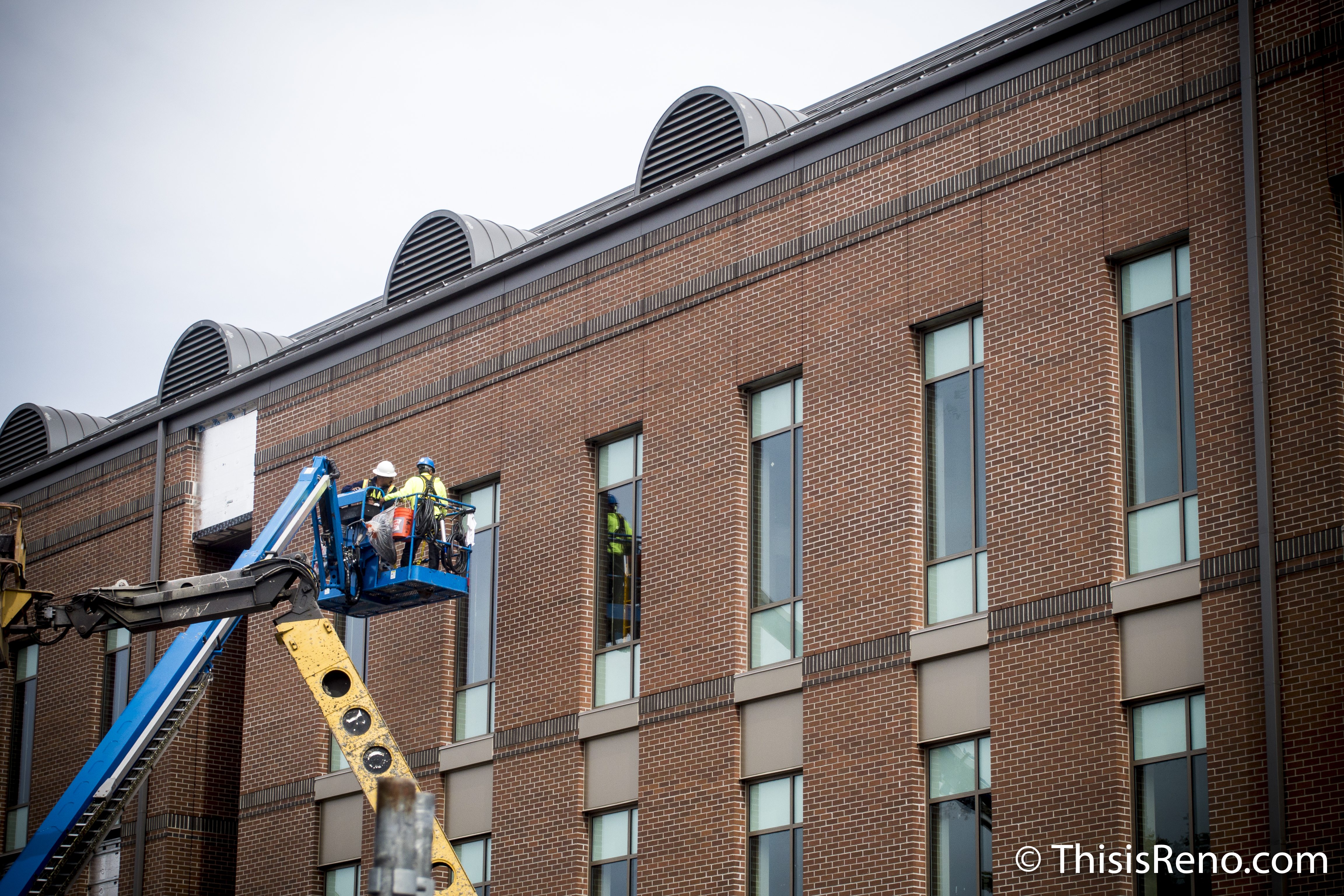 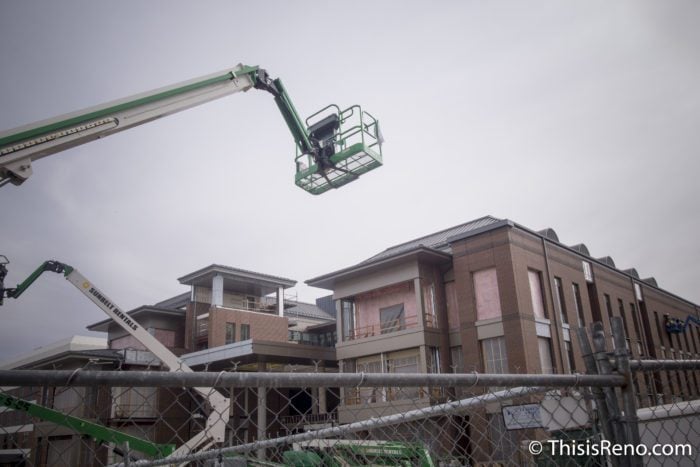 It’s a decision most businesses have to face: When the need for more help arises, whom do you hire? ThisisReno has used out-of-state contractors on occasion – for writing and web development, and our hosting company is located I’m not sure where. One of our writers was based in Reno when hired and subsequently relocated to other states twice while still contracting with us. The bulk of our work is done by Renoites, however.

Expertise and products may sometimes have to be purchased out of market for a variety of reasons: they are not found locally, they are not available right now and cost, as examples.

In contrast, a push to “buy local” emphasizes keeping local dollars in the local economy. The City of Reno encourages local spending with an annual buy-local guide. The State of Nevada launched a Buy Nevada program in 2013 to support Nevada agriculture.

Make no mistake: Buying local can be big business, and when it comes to hiring local, the construction world is fraught with allegations as to where construction dollars are going — and should be going.

For large, publicly supported institutions, such as school districts, government agencies and universities, the hiring decision for large projects, such as major construction, means many factors have to be considered when finding the best vendor to complete the job.

Some are questioning just how many large projects are going to in-state versus out-of-state vendors, with a specific arrow aimed at the University of Nevada, Reno (UNR), which is projecting $320 million in building projects over the next five years, and likely far more than that in the coming decades.

Critics of UNR claim that precedent indicates as much 20 to 30 percent of future expenditures could end up in the hands of out-of-state contractors and workers even when bids are comparable and when the expertise is available in local firms. Those same critics claim UNR is also abusing the process for selecting its contractors.

UNR counters that their bid and award process is fair and legal and that “these major projects have provided hundreds of local construction jobs, including employment for general contractors, laborers,  subcontractors, architects and engineers,” according to UNR spokesperson Jane Tors.

One industry representative, who did not want to be identified, confirmed that UNR’s construction contracts “essentially kept area construction workers employed during the recession.”

At the same time, UNR’s purchasing process for construction projects came under fire in 2013. Two local contractors, Q&D Construction and Clark/Sullivan Construction, sued UNR over what the companies said were violations in the bidding process – in this case, the Getchell Library tear-down and construction of the new Pennington Student Achievement Center at the same location as Getchell. 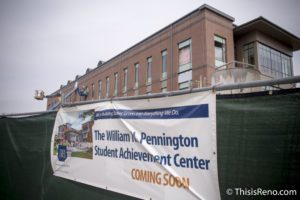 May Dugan, UNR’s general counsel, was quoted by KOLO News at the time as saying that

this is not a situation where we have to go with the lowest bidder. This is a different type of project – it’s called a construction manager at risk, and so we can look at a lot of different things like their expertise in this type of project. If they make it to the final cut then we look at what they propose to do, but we can evaluate their experience, their litigation history, so it’s different from a situation where the lowest bidder is taken.”

According to UNR, “a District Court ruling has denied the request by two Reno-based general contractors to delay a University of Nevada, Reno construction project. The ruling allows the University to proceed on the project with CORE Construction Services of Nevada, Inc., a Nevada corporation since 1986.”

Though UNR called it “a Nevada corporation since 1986,” CORE Construction has offices throughout the U.S. and calls itself a national commercial builder.

The Construction Manager at Risk, or CMAR, process was well-intentioned, according to local construction industry advocates. But loopholes in CMAR mean the process for contract awards can be favored or disfavored by a single person’s rating, said Eloy Jara of Laborers Union Local 169, who helped organize a protest against the Getchell Library project because CORE had subcontracted with a local company that, he said, was hiring undocumented workers.

“CMAR gives the general contractor all of the power to hire the subcontractors,” Jara said. 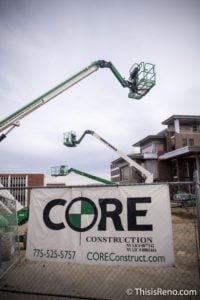 A peek inside the University of Nevada, Reno’s (UNR) major capital projects, worth $294 million since 2010, reveals that six of 14 projects were awarded to companies with out-of-state offices. As UNR expands its campus toward downtown, the question is how much of those construction project dollars will remain in the local economy. Each company subcontracts to local or out-of-state vendors to complete various aspects of the project.

The only requirement for locality, according to UNR’s Tors, is that “any general contractor selected for a major construction project at the University must have a current Nevada contractor’s license and a Certificate of Eligibility from the Nevada Secretary of State.”

Here’s what the data show. Through a records request from UNR, 81.4 percent of subcontractors on major construction projects since 2008 were Nevada firms. Put another way, just under 20 percent went to out-of-state firms. In addition, those out-of-state contractors can and do hire locally even when they aren’t required to.

UNR said it has no policy in place to ensure local hiring other than Nevada licensure and a certificate of eligibility, which an out-of-state firm must have to do this kind of work in Nevada.

Under CMAR, the subcontractors are selected by the general contractor but the awarding body that awards the contract is not supposed to interfere with the subcontractor awards, said Skip Daly, former Nevada state assemblyman and business manager for the Laborer’s Union. Nevada’s most recent CMAR legislation, passed in 2013, was his bill, he said.

“The university is heavy handed. They are abusing the CMAR process.”

Daly said he raised his concerns with a number of UNR personnel, including President Marc Johnson.

“My impression is that they don’t care,” he said.

The Letter of the Law 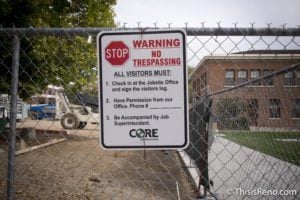 UNR insists it is following the letter of the law, but critics are less than pleased by the prospect of millions of dollars going to out-of-state firms, even if the firms hire local workers.

“My position is that UNR wants to claim they are a community partner, but when it comes time to walk the walk, they don’t,” he said.

UNR, he added, can hire a firm that satisfies legal requirements, but “it doesn’t mean they have to have an office in Nevada. It’s an excuse UNR always uses. Corporate profits will not be invested in Nevada.”

In fact, it was like pulling teeth to attempt to get records from UNR (see this related story) to determine where employees on construction projects claimed residency.

Although UNR maintains custody of certified payroll reports of employees on its construction projects, it would not open the records for public inspection as required by the Nevada State Public Records Act. UNR instead deferred public records requests to an in-house attorney, who in two instances waited until almost the last minute to respond to requests; by law, public entities have five business days to respond. In one instance UNR waited until 4:59 p.m. on the fifth business day to respond to a public records request.

UNR attorney Bryan Wright said that “because the records, in some cases, contain confidential personal information (e.g., social security numbers), University personnel will be required to review each record and redact such information where present.”

He cited out-of-date public records regulations, saying that ThisisReno would have to pay more than $1,200 to get copies of the records. After a second request, UNR would not even summarize the contents of the reports.

“The University (does not) have this information in another format such as an aggregated format,” said Tors.

Some electronic databases were provided by UNR, which showed the bulk of employees on construction jobs to list local residences; others were from California and southern Nevada. The total number of Nevada laborers actually employed by contractors on UNR projects remains unknown.

In contrast, the state of Nevada publishes online the number of local hires at the Tesla gigafactory each quarter. In the second quarter of 2015, 70 percent of on-the-ground employees were Nevadans, according to a report by the Governor’s Office of Economic Development.

Nevertheless, UNR’s Tors added that “the University has been fortunate during and following the economic downturn to be able to construct several major new buildings on campus to meet our growing student enrollment. Funding for these projects has come almost exclusively from student fees and from our donors.”

Note: Many sources for this story were construction industry representatives who wished to remain off the record. Companies that have privately expressed concern about UNR’s contracting practices would not comment on the record or return phone calls requesting comment, and one industry representative said that firms would not comment on the story publicly because they feared doing so would jeopardize future business prospects with UNR.

Comments are welcome below, and anonymous comments or additional story angles may be submitted to our site through our contact form.