The Crisis Call Center’s Sexual Assault Support Services Program (SASS) is proud to release its “We Hear You” Campaign highlighting the collaborative support network of local agencies that respond to individuals victimized by Interpersonal Violence (IPV). 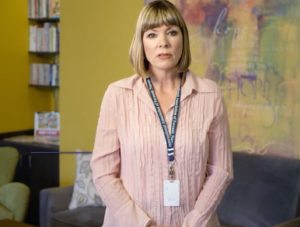 Thanks to funding made available through the Nevada Department of Health & Human Services’ Division of Child and Family Services who administer Victims of Crime Act (VOCA) funds for Nevada, the SASS program is able to promote local collaborative services by the following agencies that work towards the safety and wellbeing of all citizens within Washoe County:

The campaign’s five 30-second spots will air on multiple channels and airtimes via Charter/Spectrum Communications to its subscribers through the end of the year. They, along with two longer version ads can also be accessed via the SASS YouTube channel.

Crisis Call Center was established as an outreach program of the University of Nevada, Reno in 1966 in response to the high rate of suicide in Nevada. On March 12, 1966, the Board of Regents approved a plan, calling for a cooperative community effort in the field of suicide prevention. During those early years the need for this service proved to be so great, it was expanded to include support for persons in any type of crisis. Although Crisis Call Center became an independent not-for-profit agency in 1985, we have maintained a close working relationship with the University of Nevada.

The Sexual Assault Support Services program began in 1979. The addition of this program made the Crisis Call Center also a “Rape Crisis Center” for northern Nevada. We offer a 24-hour rape hotline through the Crisis Lines. In addition, we have advocates who do phone counseling, meet survivors at the SART Clinic and provide face-to-face crisis intervention during the immediate period after the assault. We also provide legal advocacy – accompanying survivors to police interviews, court appearances, and other services the survivor may need access to. SASS provides referrals to counselors in the area who specialize in helping victims of sexual assault become survivors.