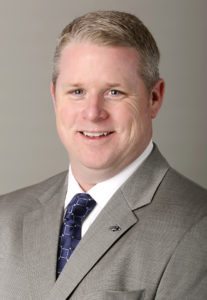 The Nevada Wolf Pack look to be road raiders this weekend as they travel out of state for the first time in the 2015 season.

The opponent is #17 ranked Texas A&M. This game is important for a number of reasons. For starters, Nevada wants to avoid going 1-2 to the start the season.

It gives Nevada the opportunity to try and defeat a ranked opponent for the second week in a row as they came up short last week against #22 ranked Arizona at home.

The game has an important significance to Head Coach Brian Polian, as this game is sort of a homecoming. Before coming to Nevada Polian had spent time as a special teams and tight ends coach for Texas A&M. It’s his first time being back to College Station since he departed to Nevada after the 2012 season.

“I have great respect for Coach Sumlin, he’s a mentor and a friend. I know a lot of their coaching staff I look forward to seeing a lot of them and catching up, but once pregame warm-ups starts we are there to play football,” stated Coach Polian.

All the emotions for Nevada will have to be thrown out the window come 9 a.m. Saturday because Nevada will be going up against a very dangerous A&M team. Texas A&M comes in undefeated averaging a mind-boggling 47 ppg in its first two outings.

Texas A&M is led by QB Kyle Allen, a sophomore. He’s an efficient passer to say the least. So far this season he’s completed 25 of his 39 pass attempts for 324 yards and five touchdowns against one interception. He plays behind an experienced offensive line.

The most dangerous aspect of this team’s offense is their balance — they average 224 rushing yards and 240 passing yards on average. Defensively they’re just as stout led by a dominant defensive front.

Last season DE Myles Garrett set the SEC record for sacks by a freshman and the other starting DE, Daeshon Hall, had four sacks against Arizona State in the opener. So Nevada’s offensive line has its work cut for them.

This coming game will definitely show what the Nevada Wolf Pack is made of, and it could be looked at as a benchmark to see how they stack up against one of the elites of college football.

What will be the outcome? We shall soon see.