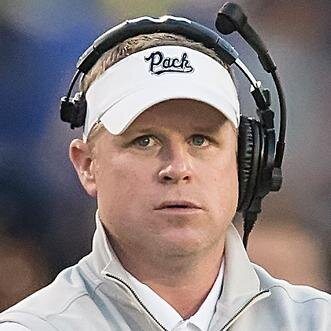 “It’s just like last season fellas–I will never complain about a win,” was Coach Brian Polian’s words to the media following his team’s 31-17 win over rival U.C. Davis on Thursday night.

The game was the team’s season opener, and like any season opener there were some good things and some things that need to be fixed immediately.

Jackson had a strong night against a loaded front seven as he thrashed through U.C. Davis’s defense with 124 yards on 13 carries and two touchdowns. Jackson was certainly in mid-season form running through the Aggies defensive line with reckless abandon.

Nevada out-gained Davis by a 232-89 margin in running. Sophomore James Butler added 65 yards on 14 carriers, while Tyler Stewart finished with a career-high 43 yards on nine carries.

Speaking of Stewart: Going into tonight’s game, the biggest question mark is how the junior quarterback would fair in his first start in two years.

“I was pleased with how Tyler played. He made all the right decisions, he showed some speed, he’s not the fastest, I don’t expect him to burn past a safety, but he did some great things,” said Coach Polian about his quarterback.

Stewart had a very conservative performance, and he made all the right decisions going 13-20, 163 yards and a touchdown. Overall, he was effective.

But there’s no question the aggressiveness has to step up with a ranked and very dangerous Arizona team coming into MacKay Stadium next week.

Outside a few late touchdowns, the defense gave up. Nevada’s defense had a solid effort with freshman safety Asaunti Rufus, who played like a man with his hair on fire eclipsing 12 tackles. Seven of those tackles were solo. His performance is definitely another building block going into next week.

Overall, Nevada did what they had to do. It wasn’t the prettiest of games, but football isn’t a pretty sport.

Like Coach Polian said, a win is a win. We can judge the team further next week as they take on Arizona at MacKay Stadium.