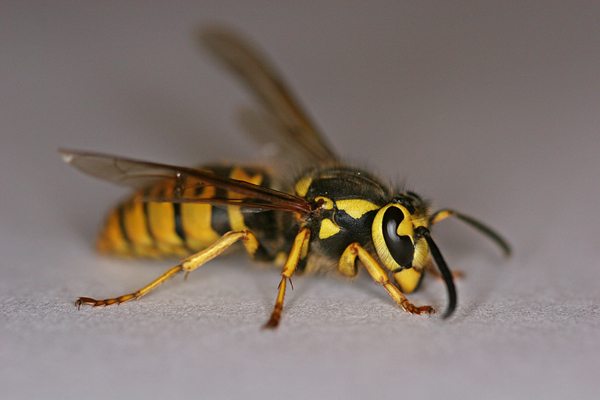 REMSA had to remove stingers and apply ointment to many of the 48 who were stung. Several were event treated with Benadryl, according to the county.

“Many of the children who were stung were able to stay at the park, enjoy the balloon races and tethered balloon rides from the Children’s Cabinet,” said county officials today.

The area where the group where the incident occurred was closed immediately after the stinging rampage.

“As soon as the incident was reported, we worked diligently with emergency services to clear the small site and treat any minor injuries,” said the Executive Director of The Great Reno Balloon Race, Pete Copeland. “After the crowds dispersed this morning, the area will be treated to avoid further incident. This was an unfortunate occurrence today, but we expect great crowds throughout the weekend to celebrate this iconic event.”

Washoe County Regional Park is going to work with a pest control company to get rid of the yellowjackets.

“Although they can be aggressive to humans, they are also beneficial to our ecosystem, by eating insects and are food for birds and other prey. Nonetheless, my heart still goes out to those kids; I’ve been stung and it hurts!” he related.