By Bob Conrad Published: August 27, 2015Last Updated on April 21, 2016
The Greenhouse Complex, visible from Interstate 80, may be the most recognized part of the University of Nevada, Reno’s Agricultural Experiment Station on Valley Road. What people may not have noticed is the experimental vineyard, research on biofuel crops, alternative crops, drought resistant plants, rangeland restoration and urban agriculture experimentation. The public is invited to see all that happens at the facility at the annual Field Day on Sept. 8 from 9 a.m. to 2 p.m. Photo by Mike Wolterbeek, University of Nevada, Reno. 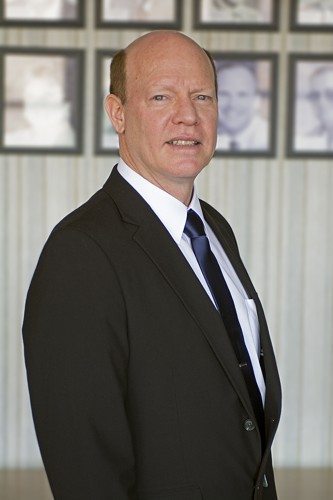 William “Bill” Payne, dean of the College of Agriculture, Biotechnology and Natural Resources. Photo courtesy of the University of Nevada, Reno.

The University of Nevada, Reno (UNR) announced today in an internal email that its long simmering consideration to consolidate its agricultural units is seeing the light of day.

The Nevada Agricultural Experiment Station (AES) and College of Agriculture, Biotechnology and Natural Resources (CABNR) were split administratively in 1993 from University of Nevada Cooperative Extension under then President Joe Crowley, who, it was alleged at the time, was unhappy with the consolidated units having a dean and director with so much power and influence statewide.

The separation led to ire and confusion as roles for each unit were challenged and meeting mandated missions was subject, at times, to reinvention.

Today, however, UNR Provost Kevin Carman announced the reintegration of the units.

“I have notified the Faculty Senate that we are proposing an administrative consolidation of UNCE, CABNR, and AES (Agricultural Experiment Station).  Under this structure, (CABNR) Dean Payne would serve as Dean and Director of UNCE and CABNR and Director of AES.

“Critical programs such as 4H and Master Gardener would be preserved and enhanced.  By law, county investments in Extension programs would stay in the counties and be used to serve the citizens of the counties.

“I feel that this administrative structure would provide enhanced opportunities for synergies between UNCE and UNR faculty and provide better administrative support for UNCE, CABNR, and AES.”