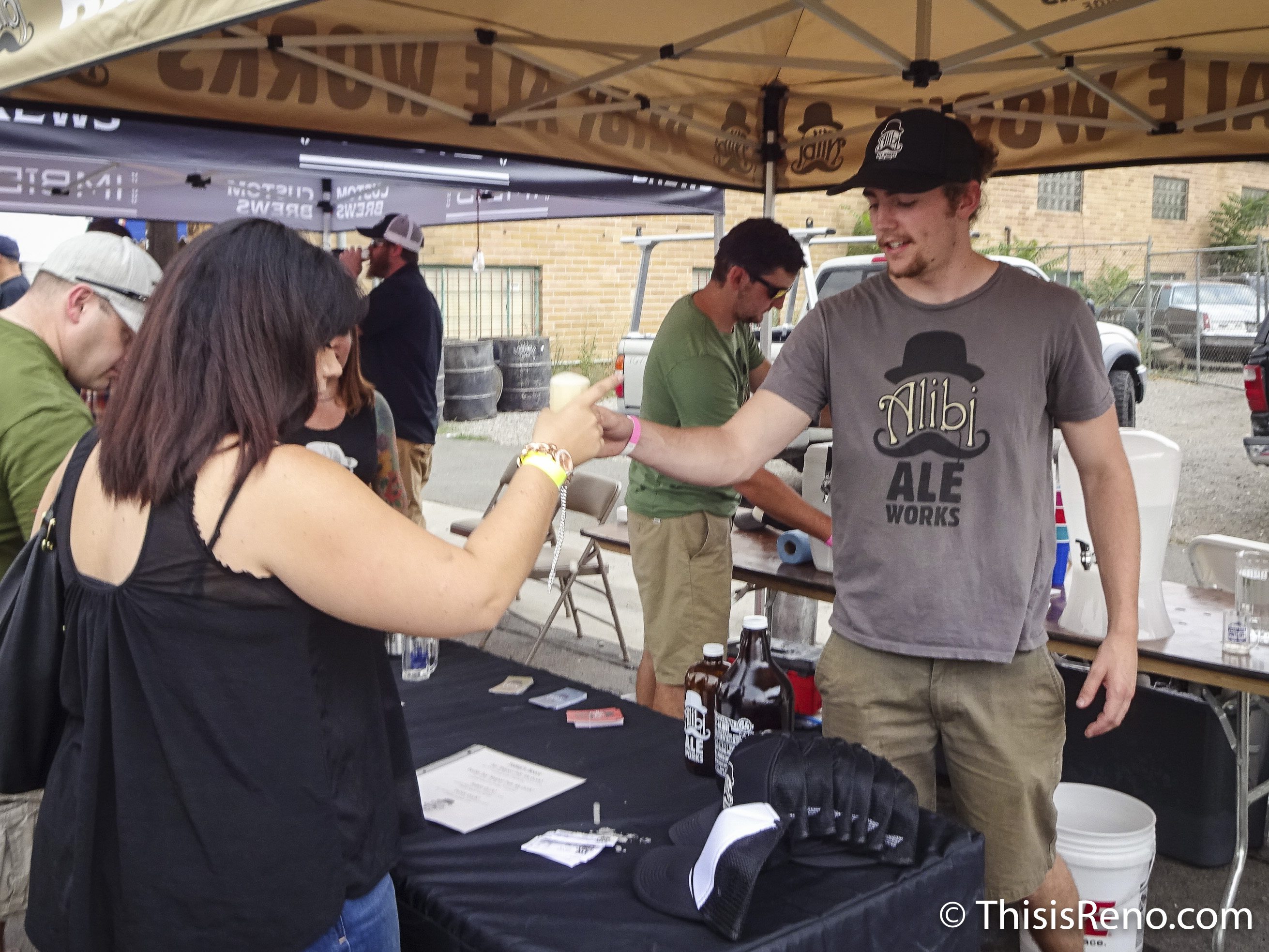 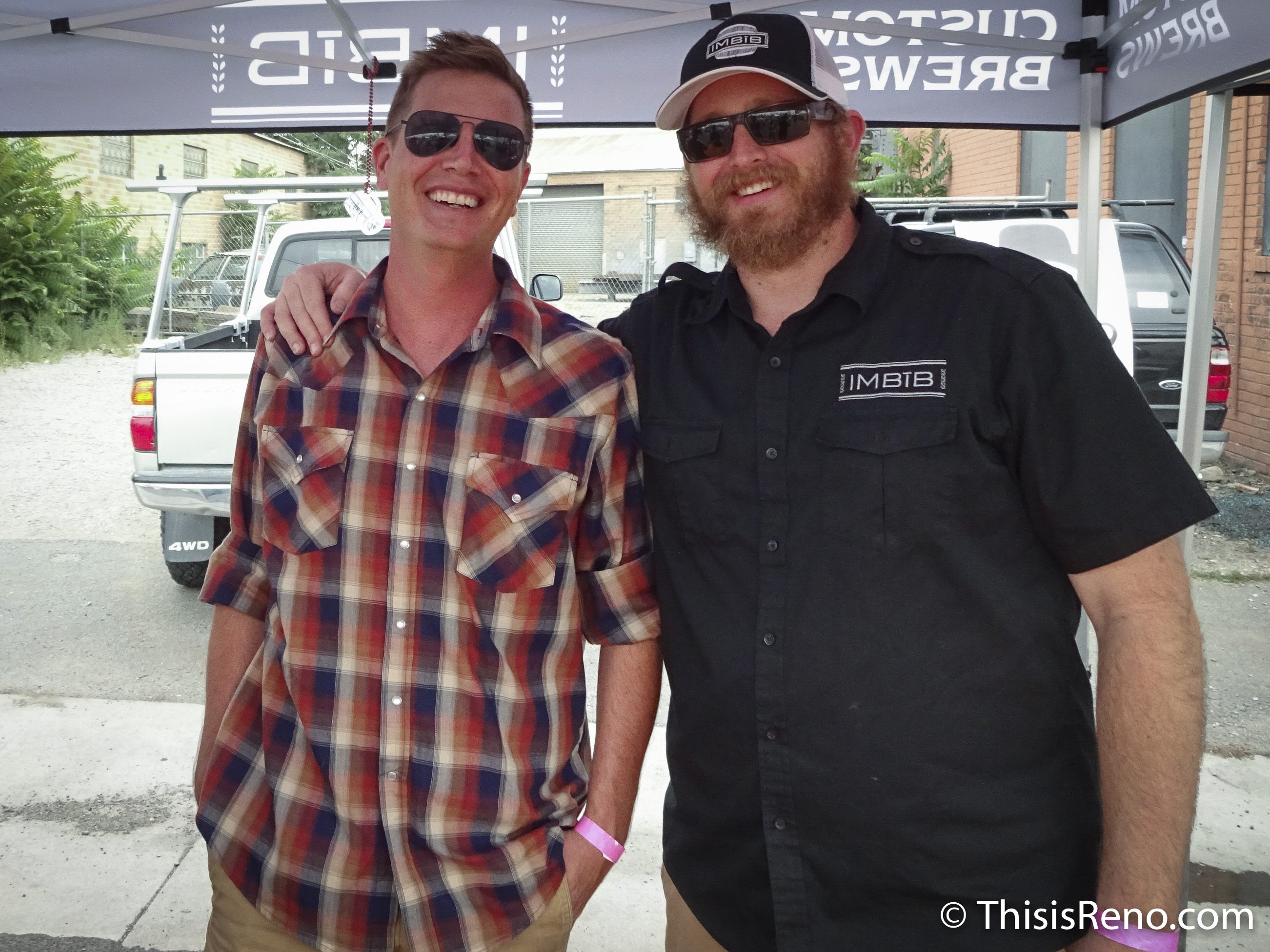 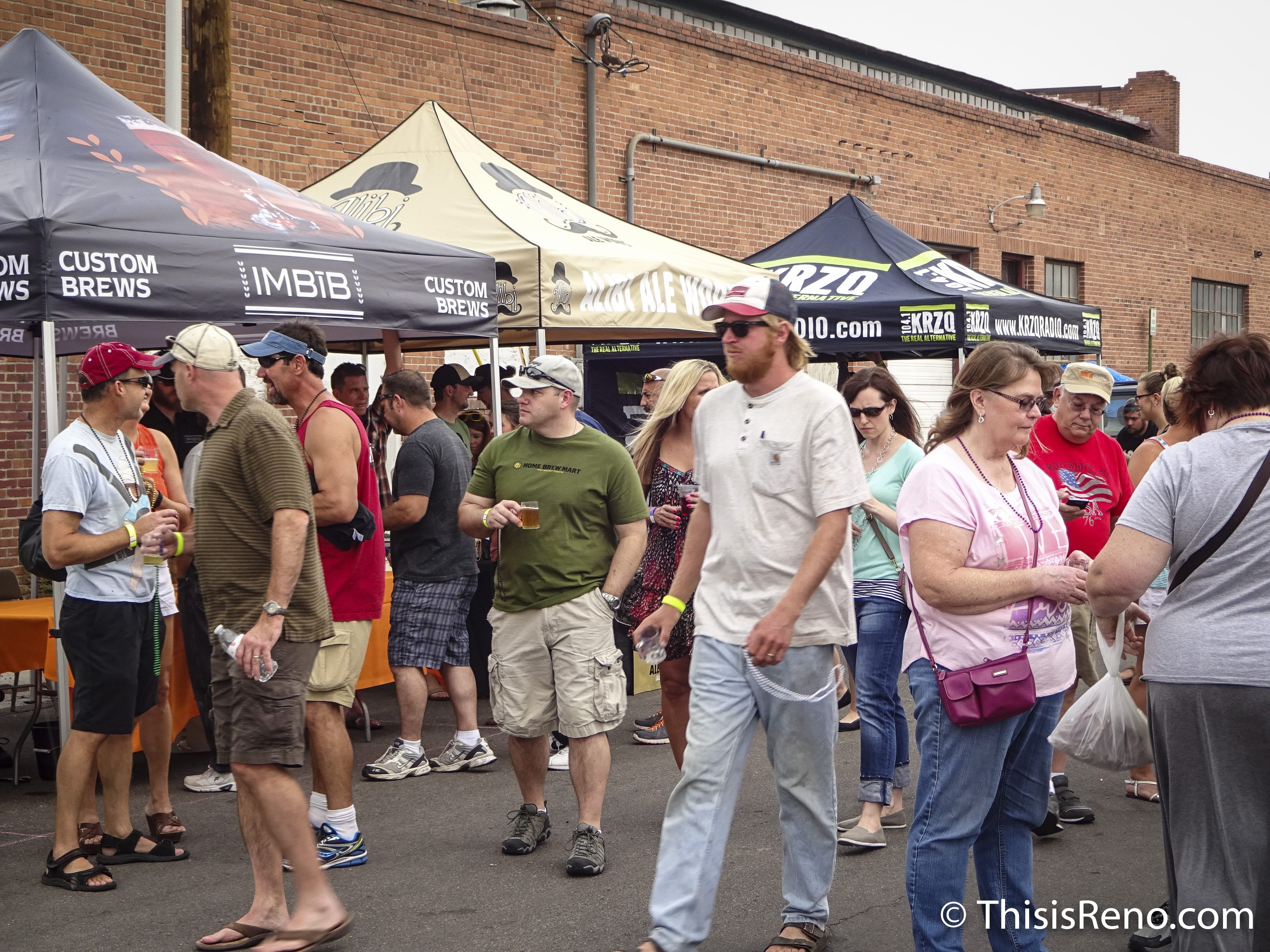 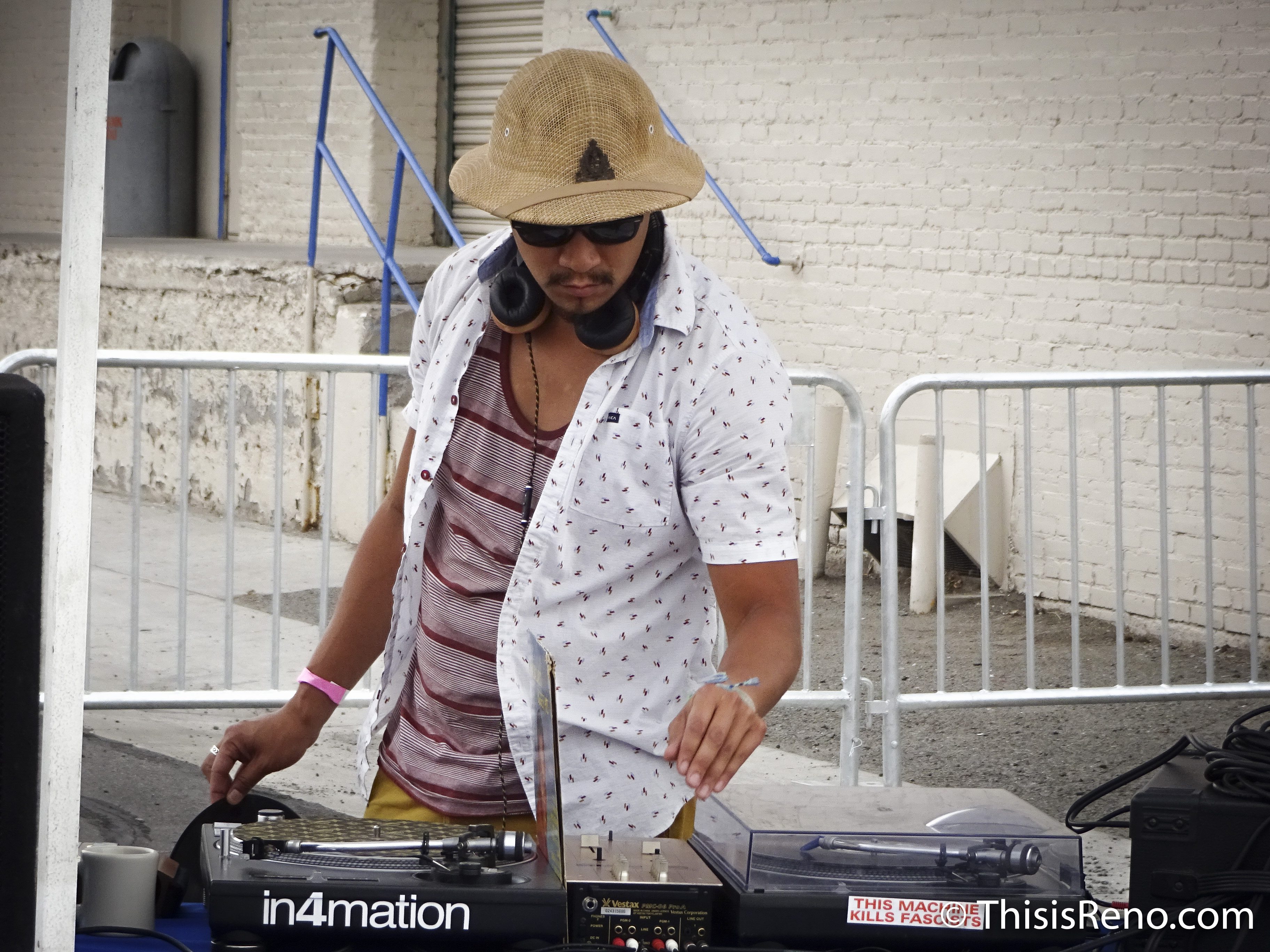 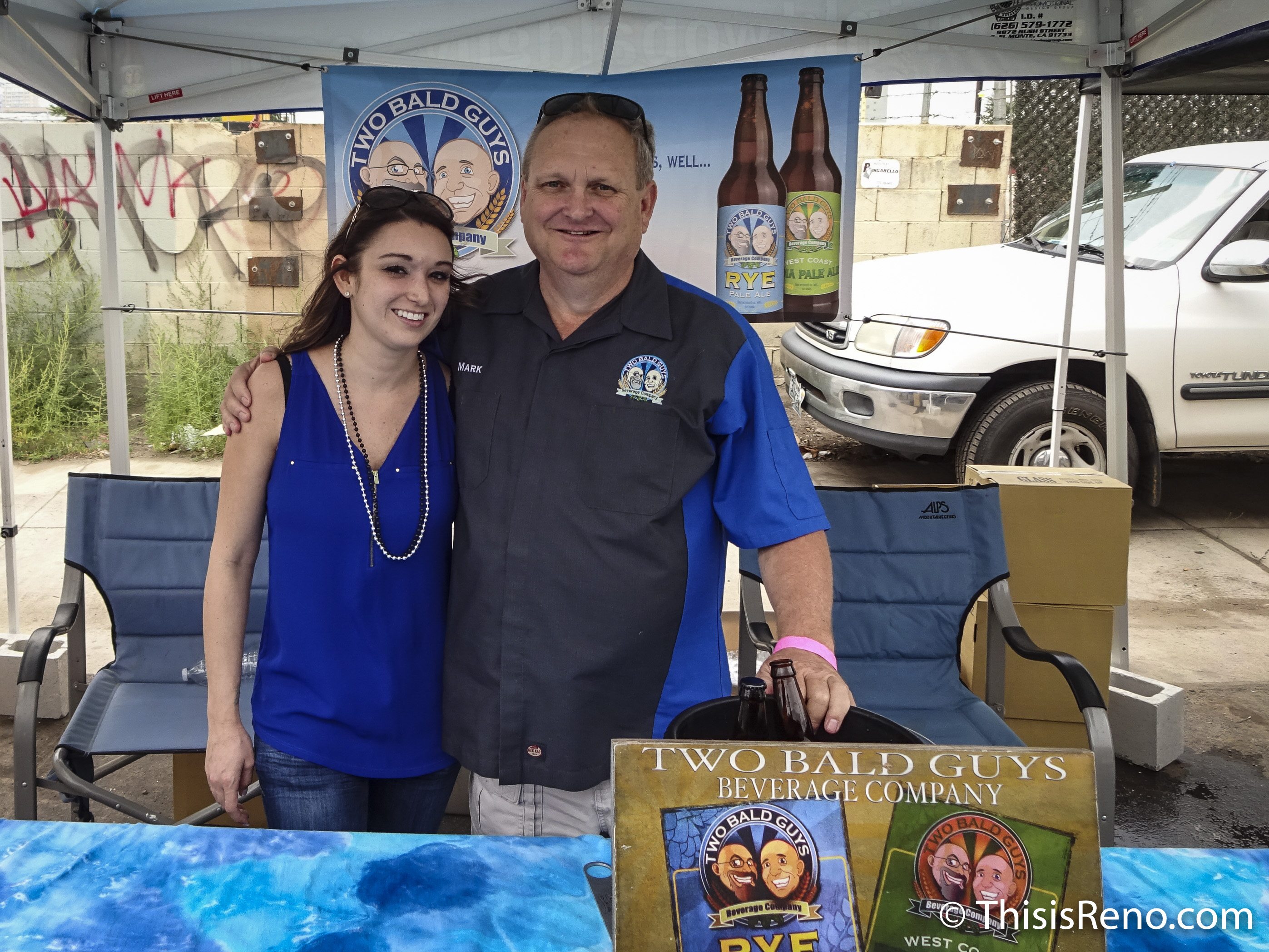 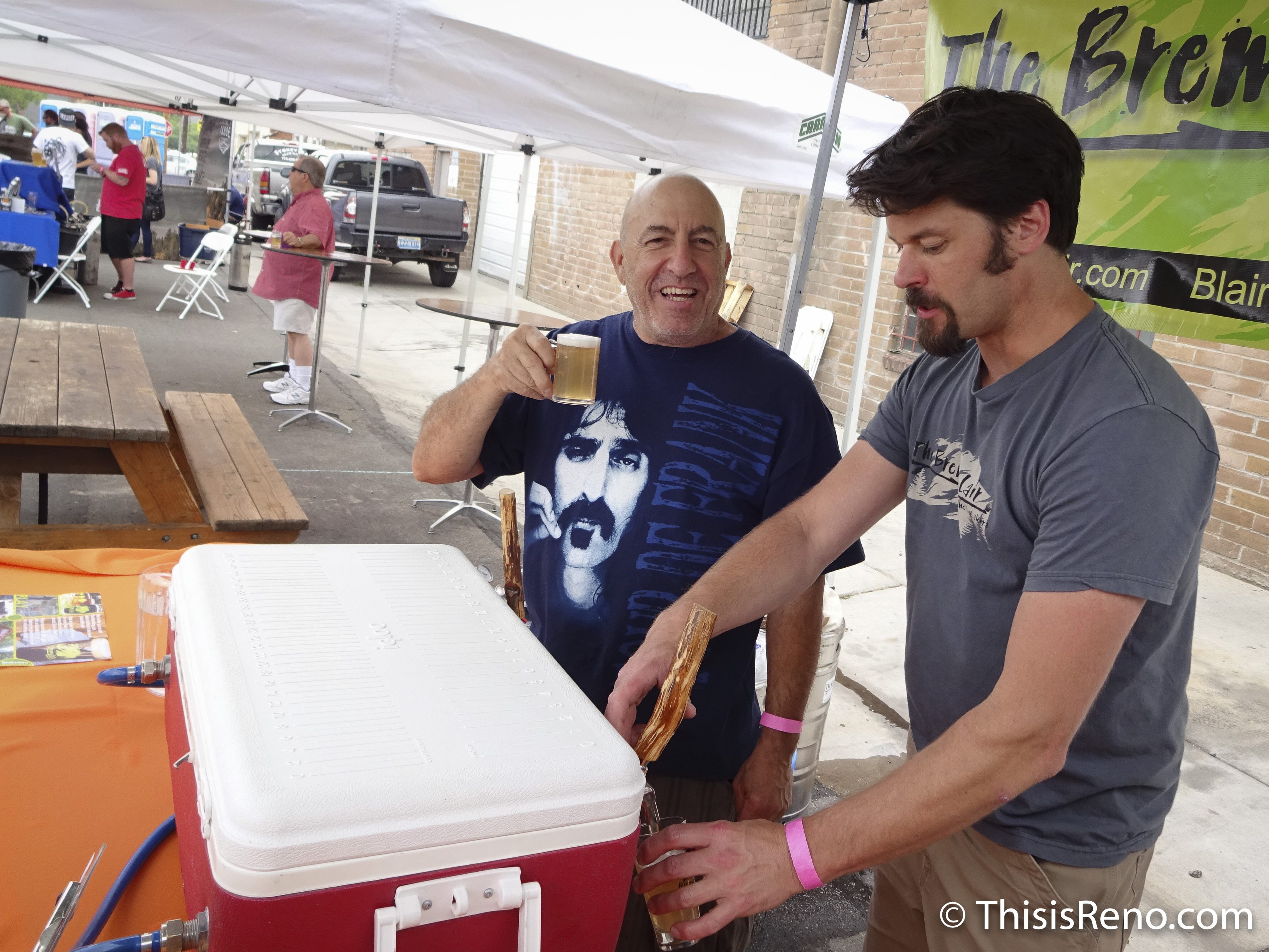 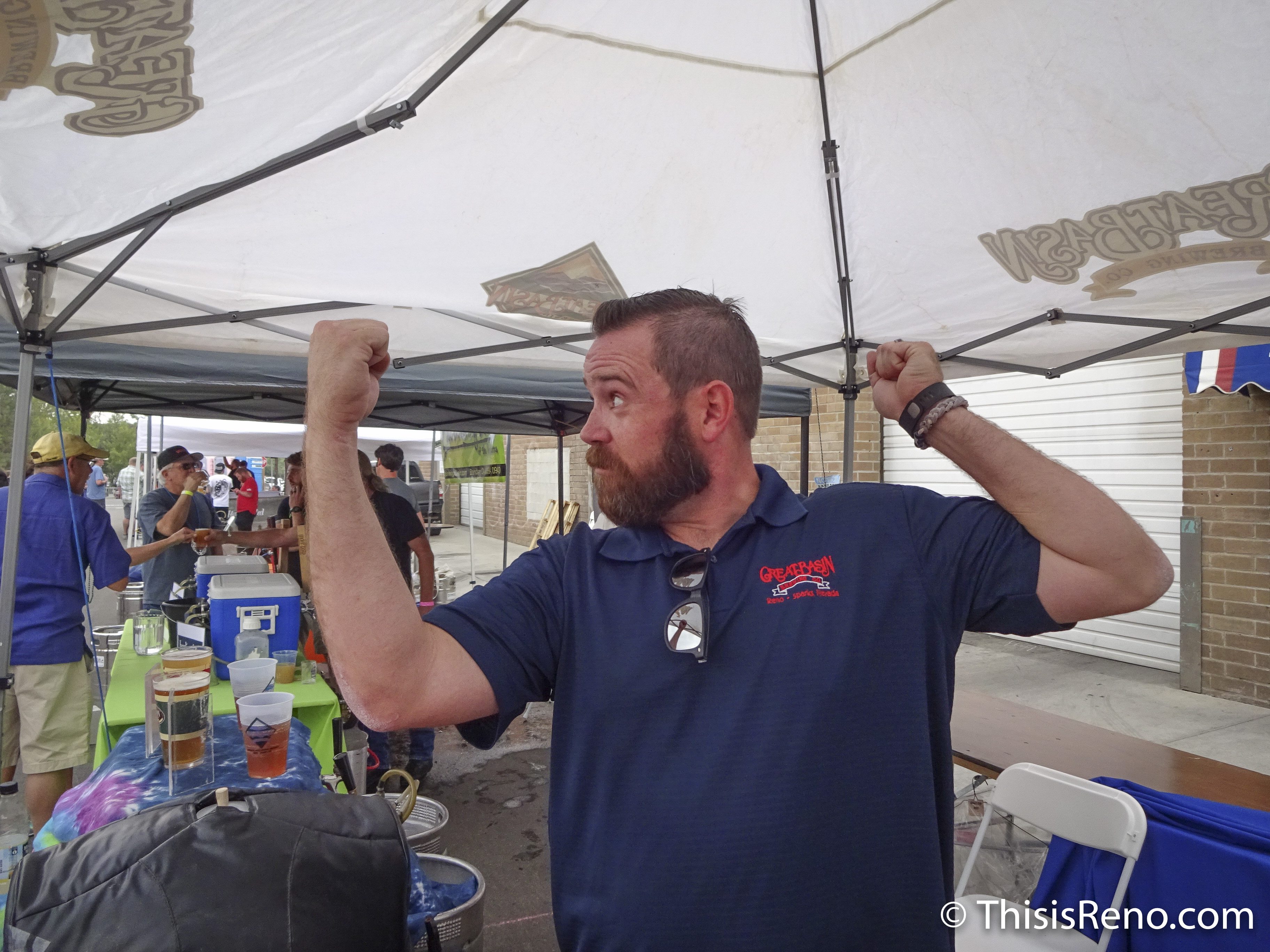 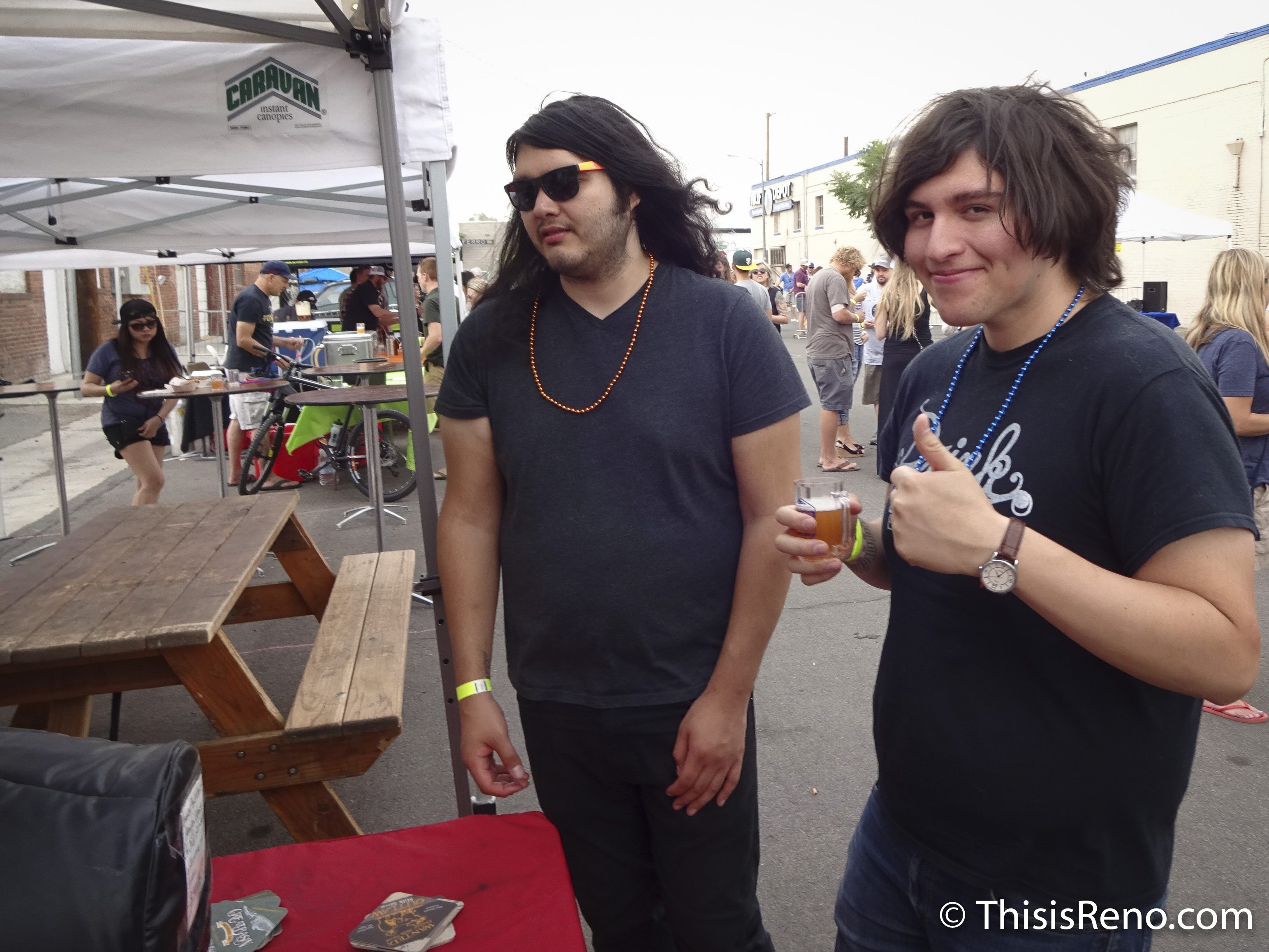 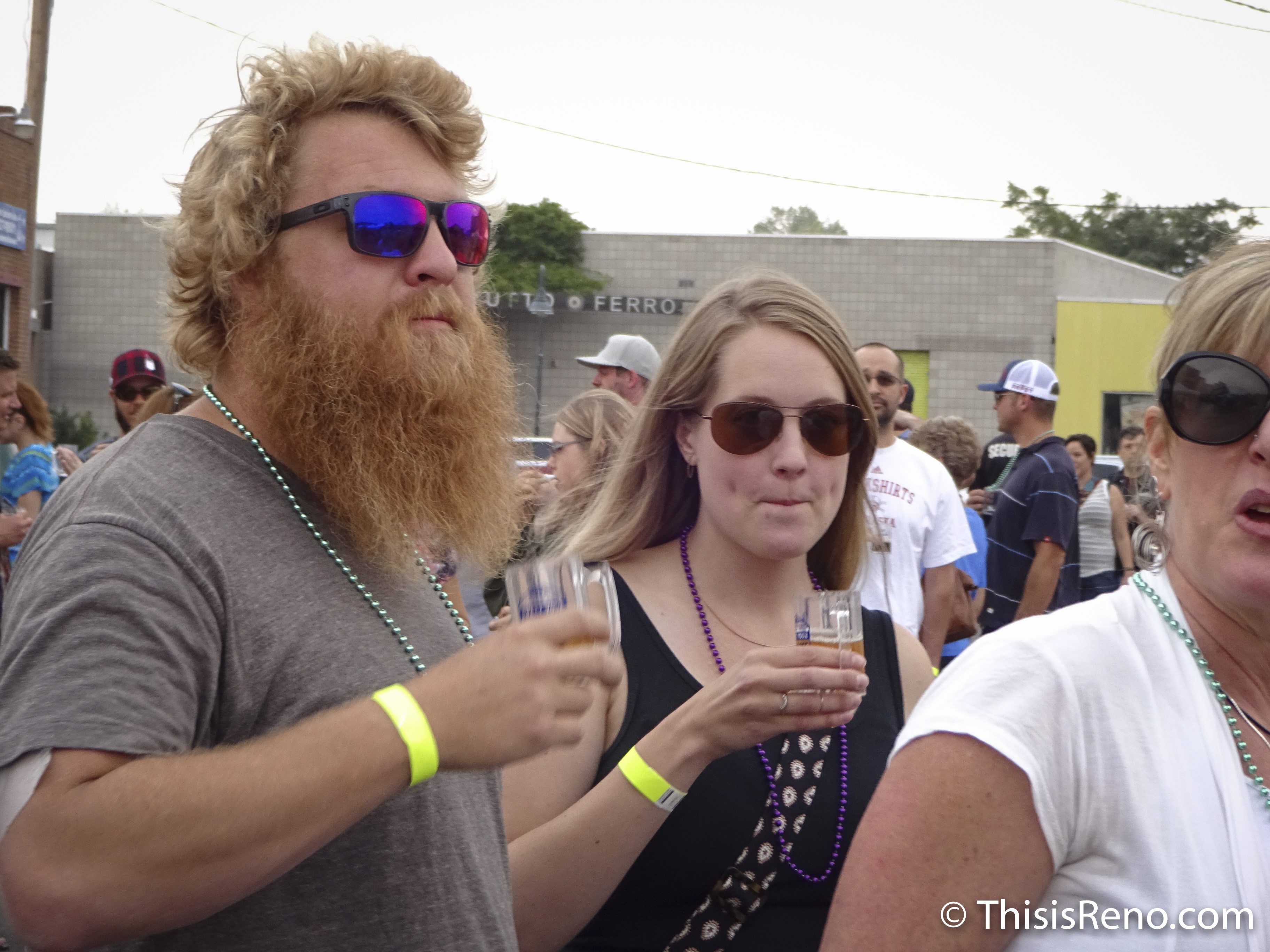 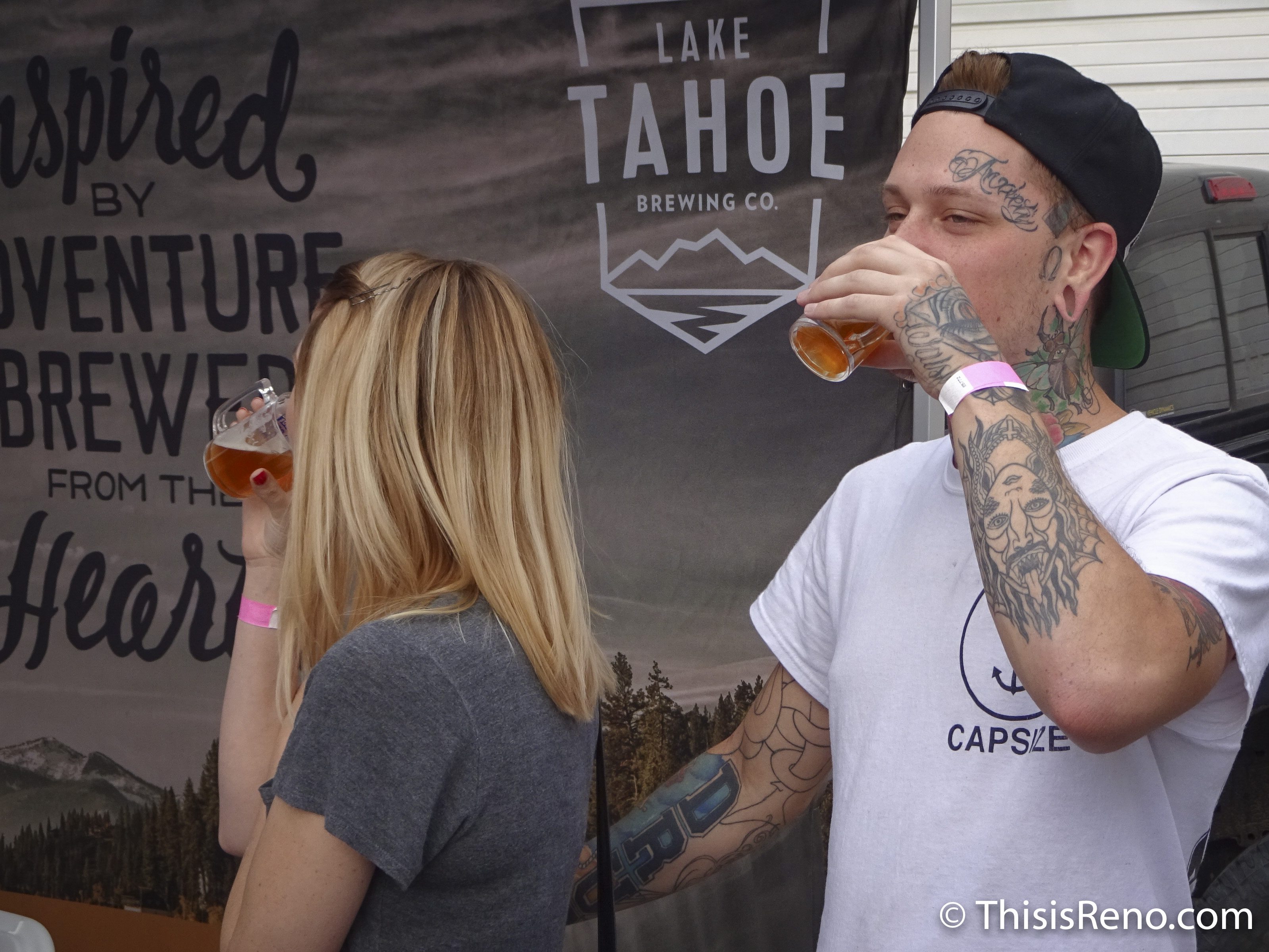 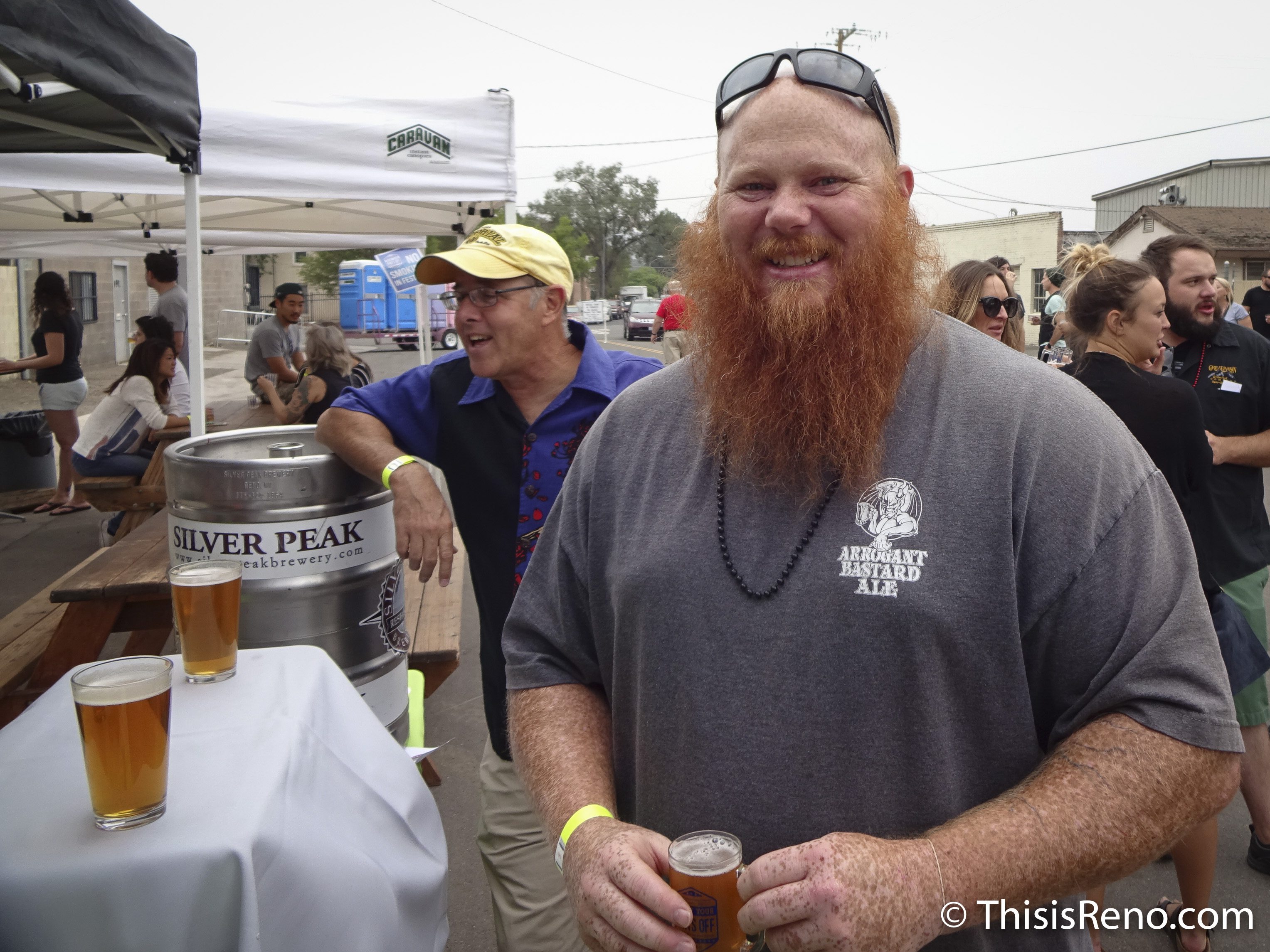 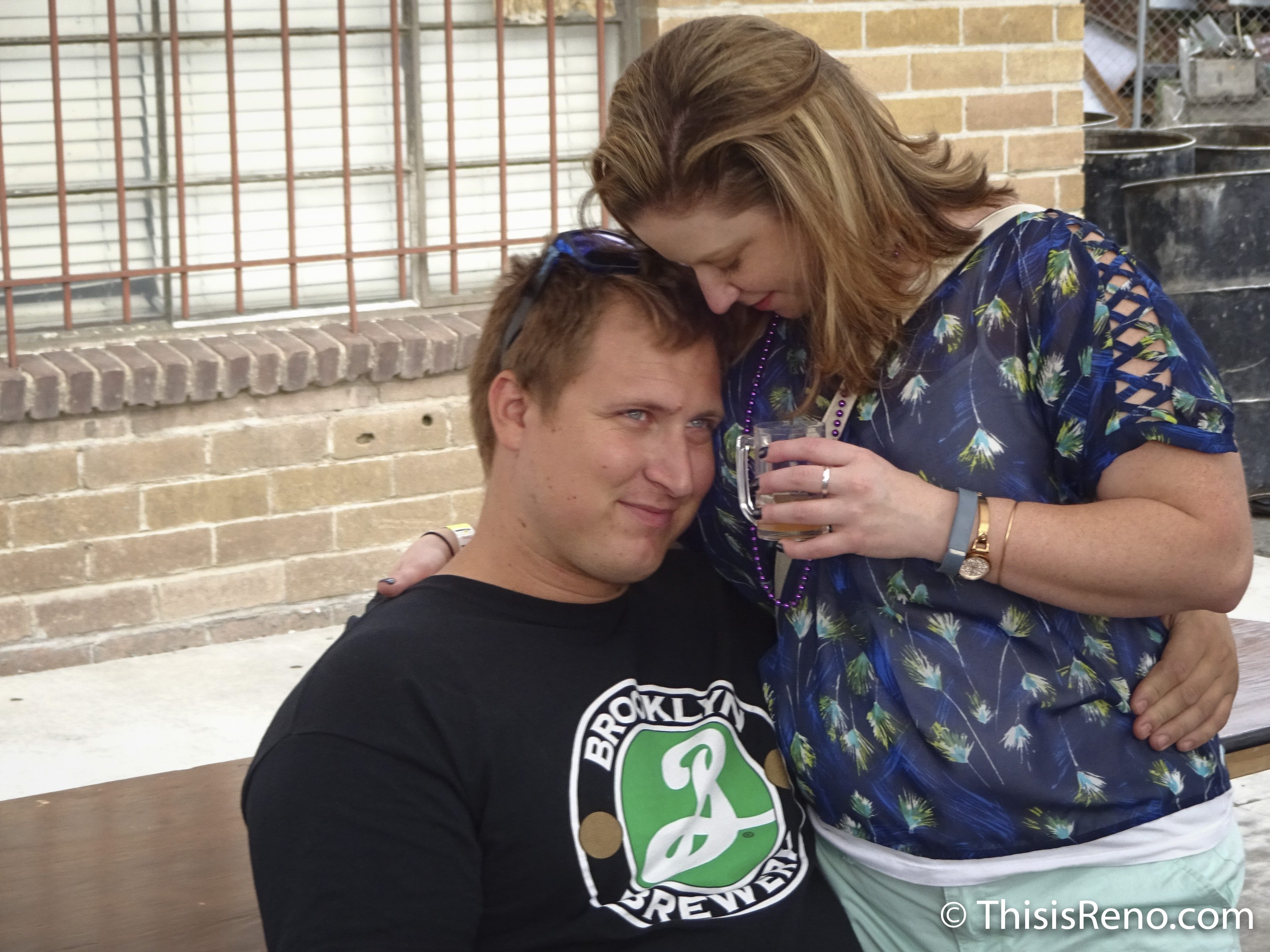 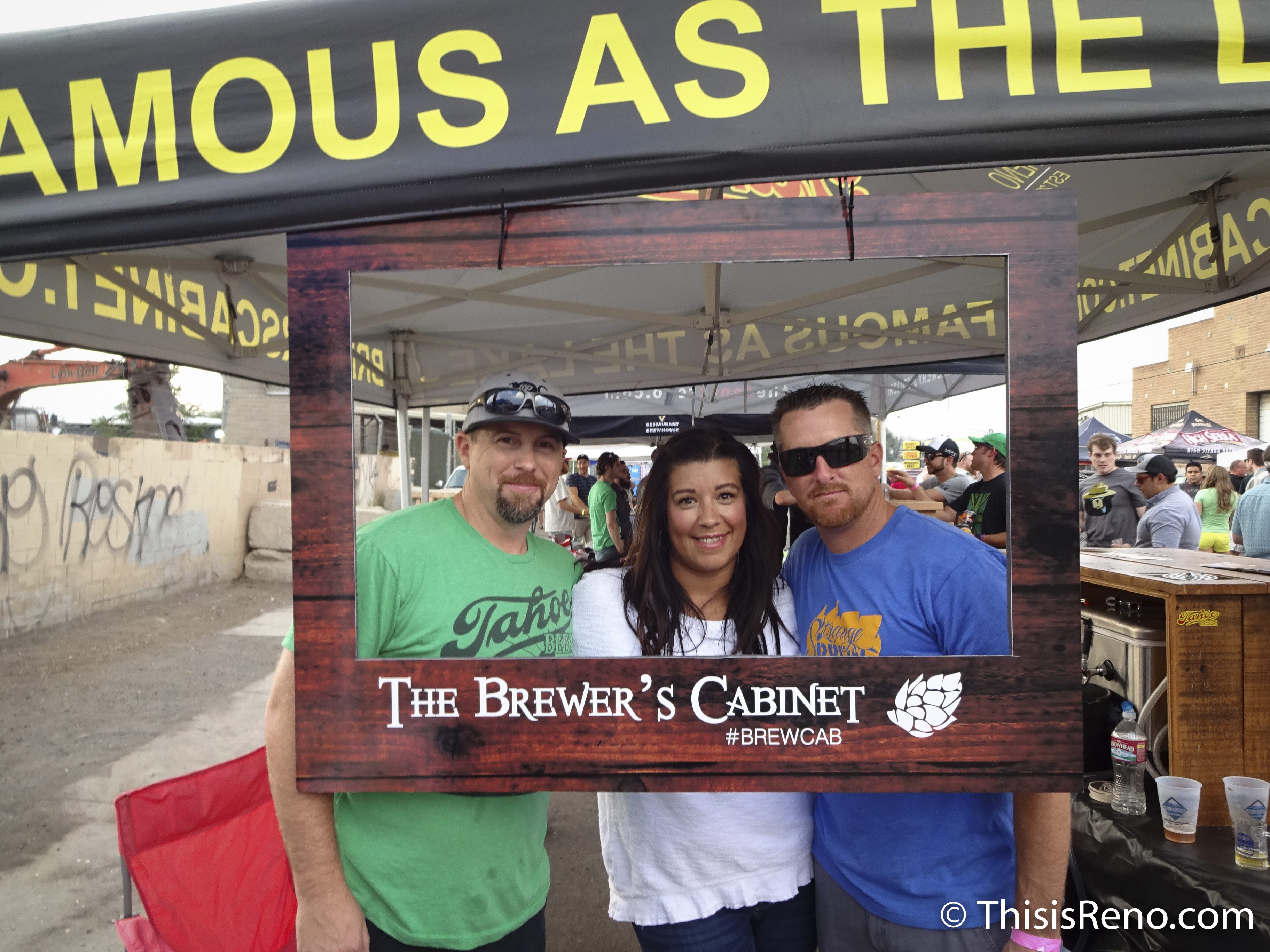 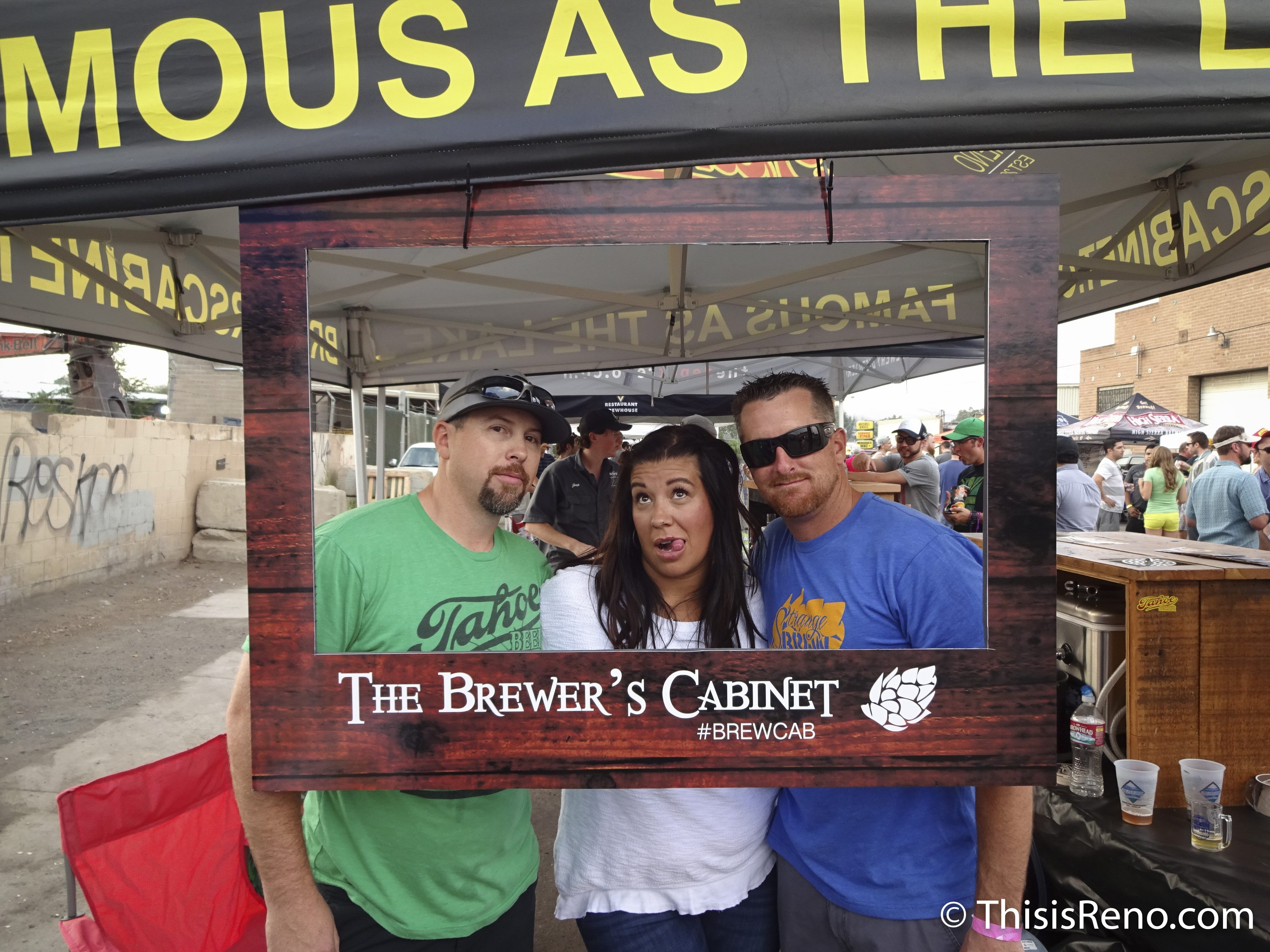 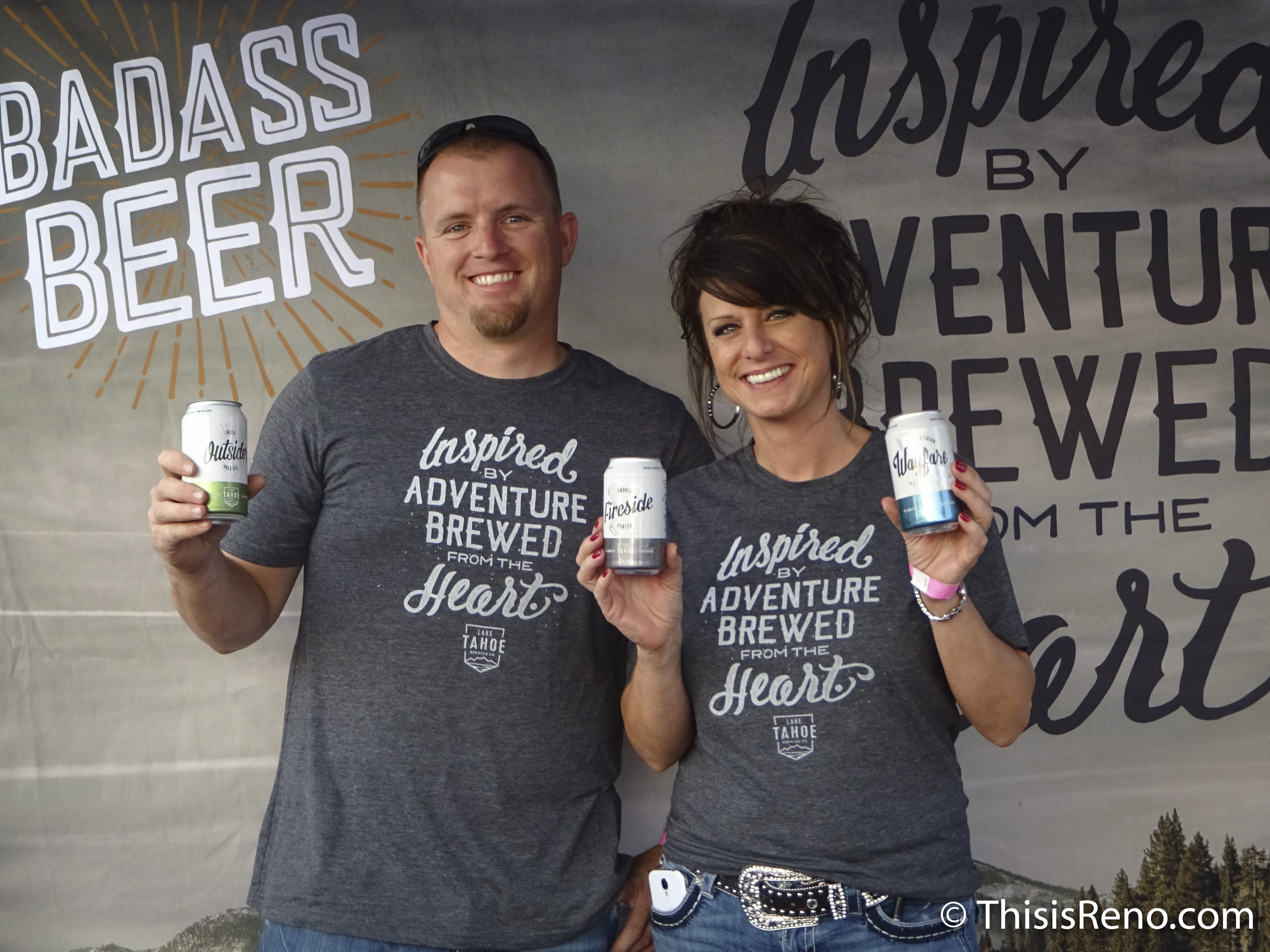 So here I am. At Under the Rose Brewing Company’s Sweat Your Pints Off  Saturday – a beer-tasting festival populated by just about every local brewer in town. This, my loyal readers, is not a tasting for those faint of heart. Or those on empty stomachs and less than optimal sleep. Or, for that matter, those who are boxed in by brewers on all sides with their ex-fiancé circling in the crowd like a hungry hyena.

What is the worst that could happen?

After I get through the gate and grab my commemorative sampler cup with its looped beaded necklace that I think must have been leftover from Mardi Gras somewhere, my first stop is Alibi Ale Works. I try the porter and in between polite sips impolitely start snapping pictures of my first victims, cough, I mean subjects. (In my world freedom of the press means freedom to immortalize the pores on your face without warning. ‘Murika?)

Next up is Matt and co. from IMBÎBE Custom Brews. God I love those guys. If you aren’t familiar with them read this.

We chat for a bit. Jeff Bryant of Urban Roots is volunteering as a pourer again. We talk about an upcoming podcast I’m working on and beer and touch on a science panel I attended at NMA. We’re cool people.

I mosey on over to the next booth and start sampling in earnest. I’m sure it’s a coincidence but I start noticing the world around me better. The textures of the sky are sharper, the smell of smoke drifting in from California has a tang to it, the odd droplets of rain are like microcosmic explosions on my skin. Everything is so beautiful.

I quickly found out that most brewmasters choose their trade because it’s easier to make beer than talk on camera. This, by the way, is why I’m behind the camera, not in front of it. Four attempted interviews down, and I’m in the cups just to deal with the stressors of directing my subjects on how to talk about beer. Though I did have an interesting competition with the gentleman from Two Bald Guys Beverage Company about which of us was losing our hair the fastest. Perhaps Three Bald Guys Beverage Company will incorporate if my writing career goes bust.

At this point I have tasted so much beer that I’m starting to see the molecular properties of things. (Classier tasters are now spitting their beer onto the ground around me.) I can see electrons floating along in their lonely orbit around their nuclei. I can see the carbon dioxide forming in the spit beer on the pavement.

I’m talking to the latest brewmaster, talking at him, really. The conversation has become more existential, perhaps metaphysical. Like, why are they called Under the Rose? What’s under the rose, anyway? It’s a clue hinting at the Illuminati! I saw the Da Vinci Code! Come on, Roseline! Connect the dots! This world is a lie!

The interviews continue. I decide it’s a good time to use my food voucher. But the structural integrity of the cardboard tray it’s served in is not sound because food keeps inexplicably falling into my lap.

My last circuit around the booths. I make my introductions to the brewers I haven’t clinked a glass with yet and clink some more in the process. I am the master of my universe. I am the alpha and the omega! I..am..a..God!!!! Mwahahahahahahahaaaa!!!!!!

I am going home now.