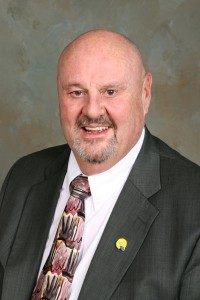 The Reno City Council this week approved to take more aggressive measures in addressing the region’s drought. During Wednesday’s city council meeting, pointed words were spoken about what councilmembers said was a less-than-proactive response to the drought by the Truckee Meadows Water Authority (TMWA), which manages the region’s water supply.

“It’s interesting to me that those comments would be made,” said Sparks Mayor Geno Martini, who is chair of TMWA’s board. “The people, who are on the board, reviewed the drought plan and approved it, shouldn’t be making those comments.”

TMWA approved in March its drought and water conservation plan that requested from citizens a voluntary 10-percent reduction in water use. Those conservation targets have been exceeded each month since. Minutes from the TMWA board meeting indicate that the drought and conservation plan was passed unanimously. The minutes document the following points:

“Alternate Member Bobzien commended staff for a great plan. He suggested TMWA staff foster communication and sharing to keep the different governing boards informed so they can take appropriate action.
“Member Jardon requested staff to ensure the conservation message is specific, flexible and clear, especially for those customers who will be receiving it for the first time. She stressed the importance of customers knowing about, and utilizing, the Water Audit program now as customers get ready for irrigation season.
“Member Duerr inquired if TMWA’s new customers receiving the conservation message for the first time, to be sensitive to the issue since they have to adhere to TMWA’s watering schedule.”

Jardon noted that the city water conservation efforts “have been in place and activated at the very least since the beginning of the year and have resulted in, certainly over years’ past, particularly last year, a significant amount of water reduction. So this isn’t something we’re just deciding now because we have been blind to the drought we’re in.”

In a pre-meeting interview with ThisisReno, Bobzien said:  “In year four, it’s hard to understand why we haven’t moved toward a drought emergency. Rather than waiting for TMWA to declare that emergency, we should do something now to get ahead of this.

“I want the City of Reno take the first step (to) model … getting ahead of this issue.”

During the meeting, he said that the city should take the lead on the issue, in front of other jurisdictions and governments.

“I think it has to come at our level,” echoed Mayor Hillary Schieve. “Since I haven’t sat in those TMWA meetings, how come I don’t feel like I’m sensing the urgency from them (TMWA)? And that’s alarming. It really is. That’s the one agency you would think that we would hear, you now, much more vocal concern about this.”

Councilmember Brekhus said that TMWA has a story to tell but isn’t doing a good job.

“They (TMWA) do have a story to tell,” she said. “I don’t think they’re doing a good job telling their story, frankly. ”

Sparks Mayor Martini said he was angered by comments made at Wednesday’s meeting.

“But when I thought about it later in the evening I was more disappointed,” he added. “What’s amazing to me is right at the time we should be celebrating (community water conservation measures), the Reno City Council is doing nothing but handing out criticism. It’s a very disingenuous thing to do.”

Martini said that it is TMWA’s role, not the City of Reno’s, to take the lead on conservation measures in the area.

“They talked about Reno taking the lead, but they should take the lead on the TMWA board,” he added. “TMWA should be leading the charge on … drought, and they are. They are doing exactly what they’ve intended to do.”

In a follow-up comment, Duerr said that “we all have a role to play and need to work together. (TMWA has) a big job … working to manage the water supply. I did want to elevate the priority with (city staff). We need to get our own house in order and focus on the things that we have primary responsibilities for — building codes, plumbing codes, development ordinances and landscape standards. We can do things that support better water planning.”