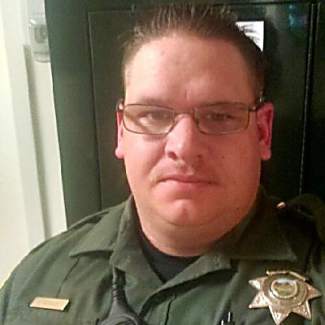 The City of Reno announced the following road closures Thursday, August 20, 2015 for the funeral procession of Carson City Sheriff’s Deputy Carl Howell. The procession will begin in Carson City at 9 a.m. It ends at the Reno Events Center, 400 North Center Street, downtown.

Services are scheduled for 11 a.m. with a reception afterward. Several hundred law enforcement and civilian vehicles are expected in the procession.

Howell was killed while on duty Saturday, August 15 in Carson City.

Doors open to the Reno Events Center at 9:30 a.m. Parking is expected to be limited, so members of the public are encouraged to use nearby parking garages.