Remembering Reno’s Punk Roots: 1978 and Beyond in Video and Images 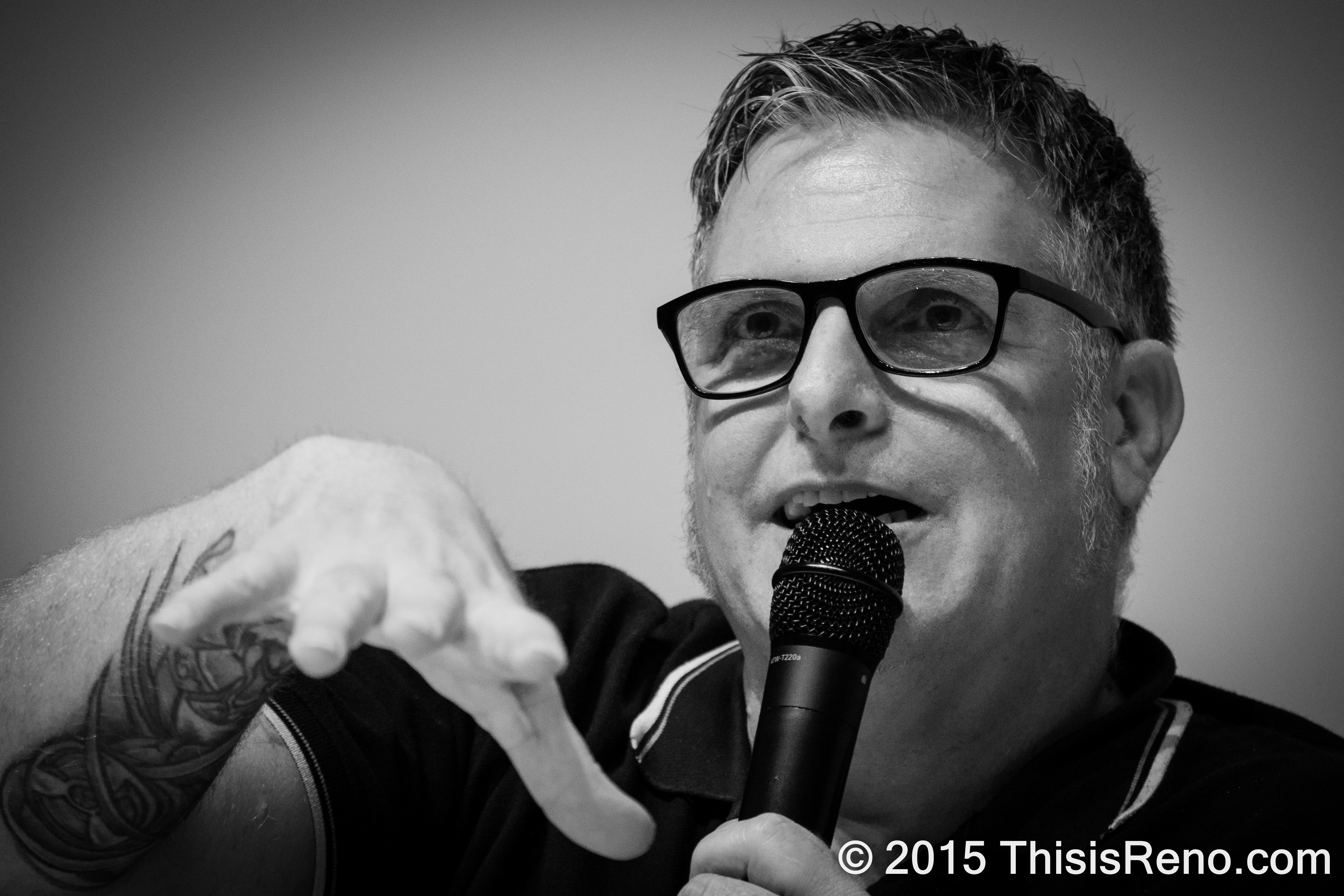 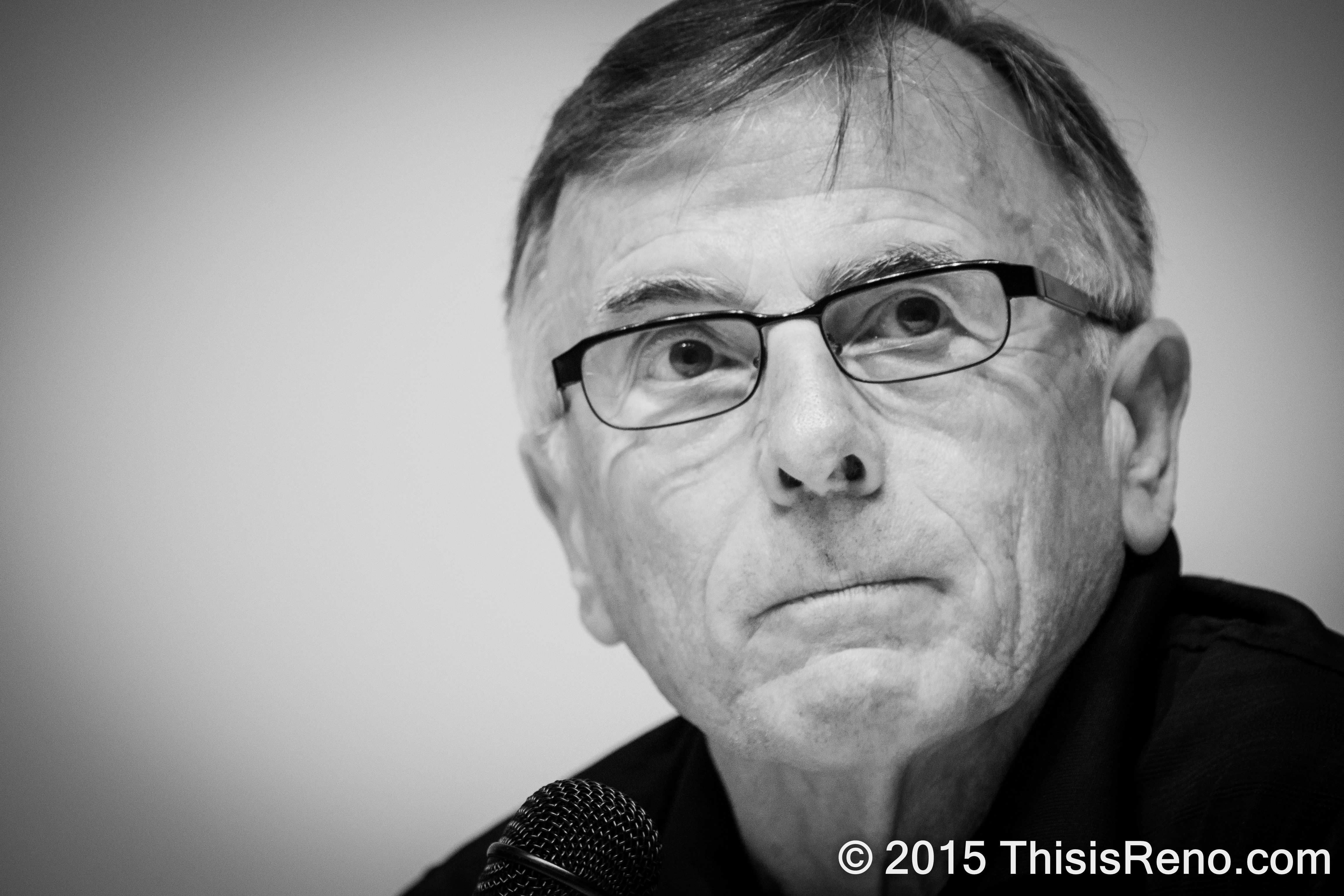 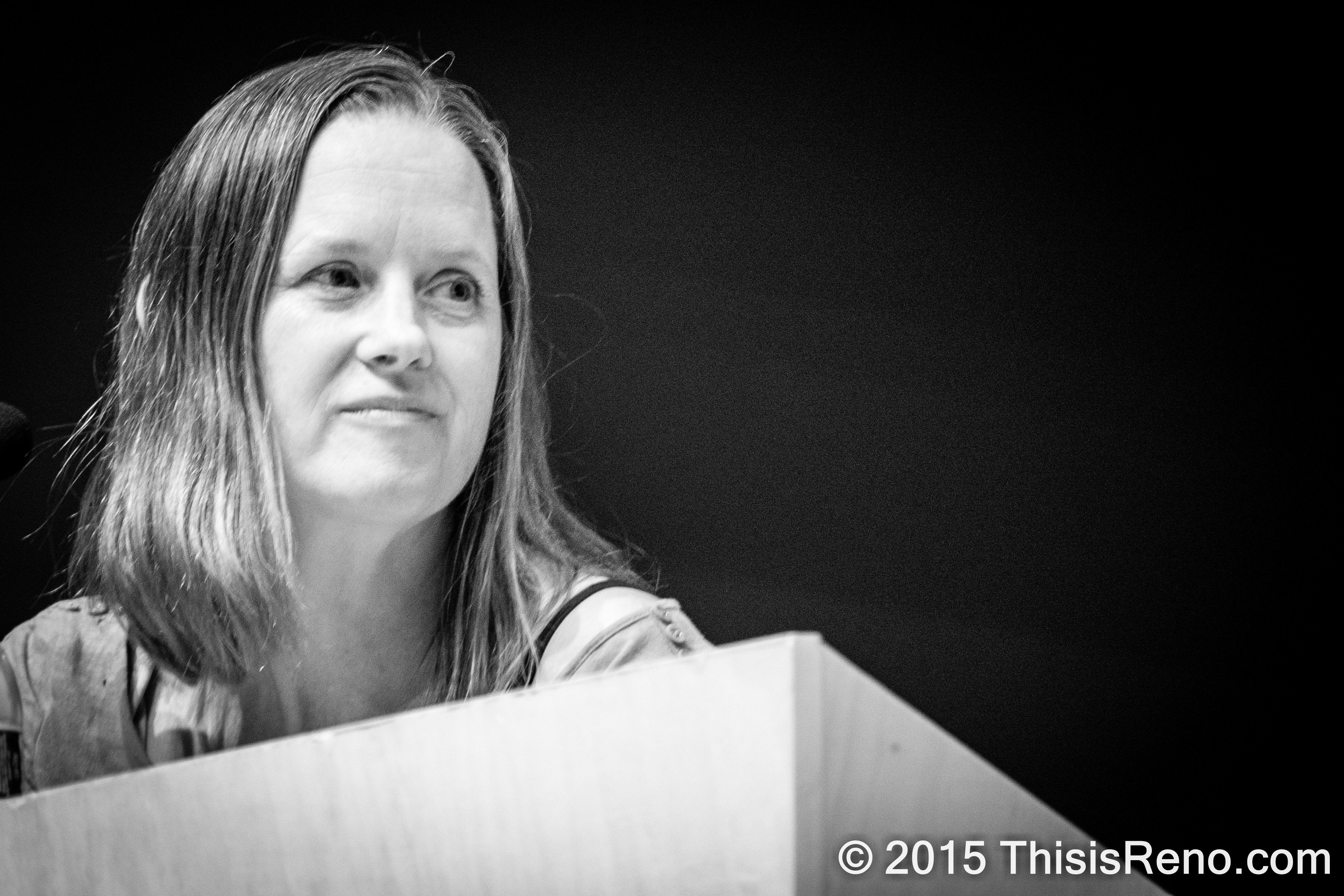 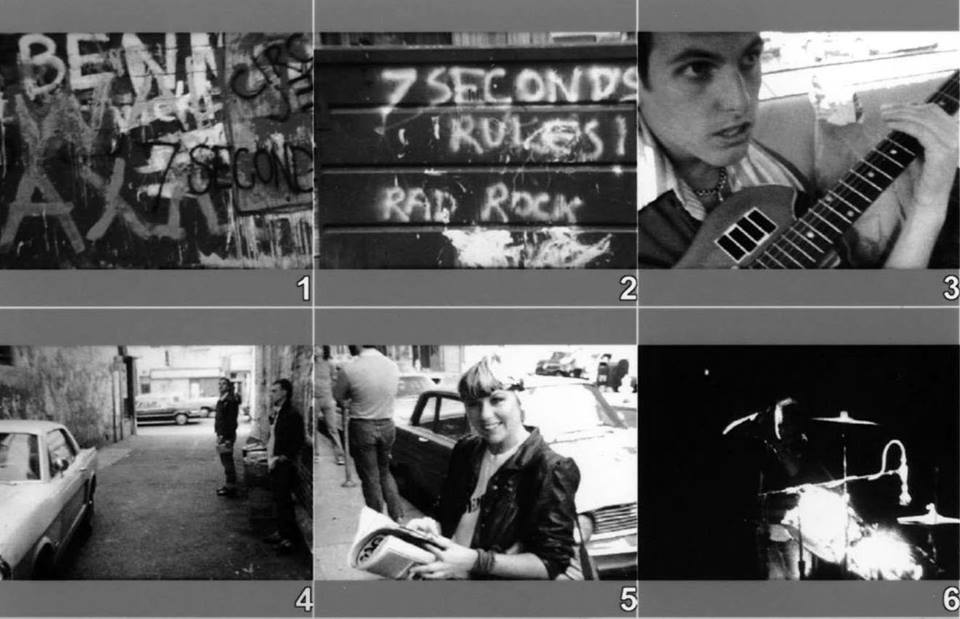 Stills from the short film, "7 Seconds Goes to San Francisco." 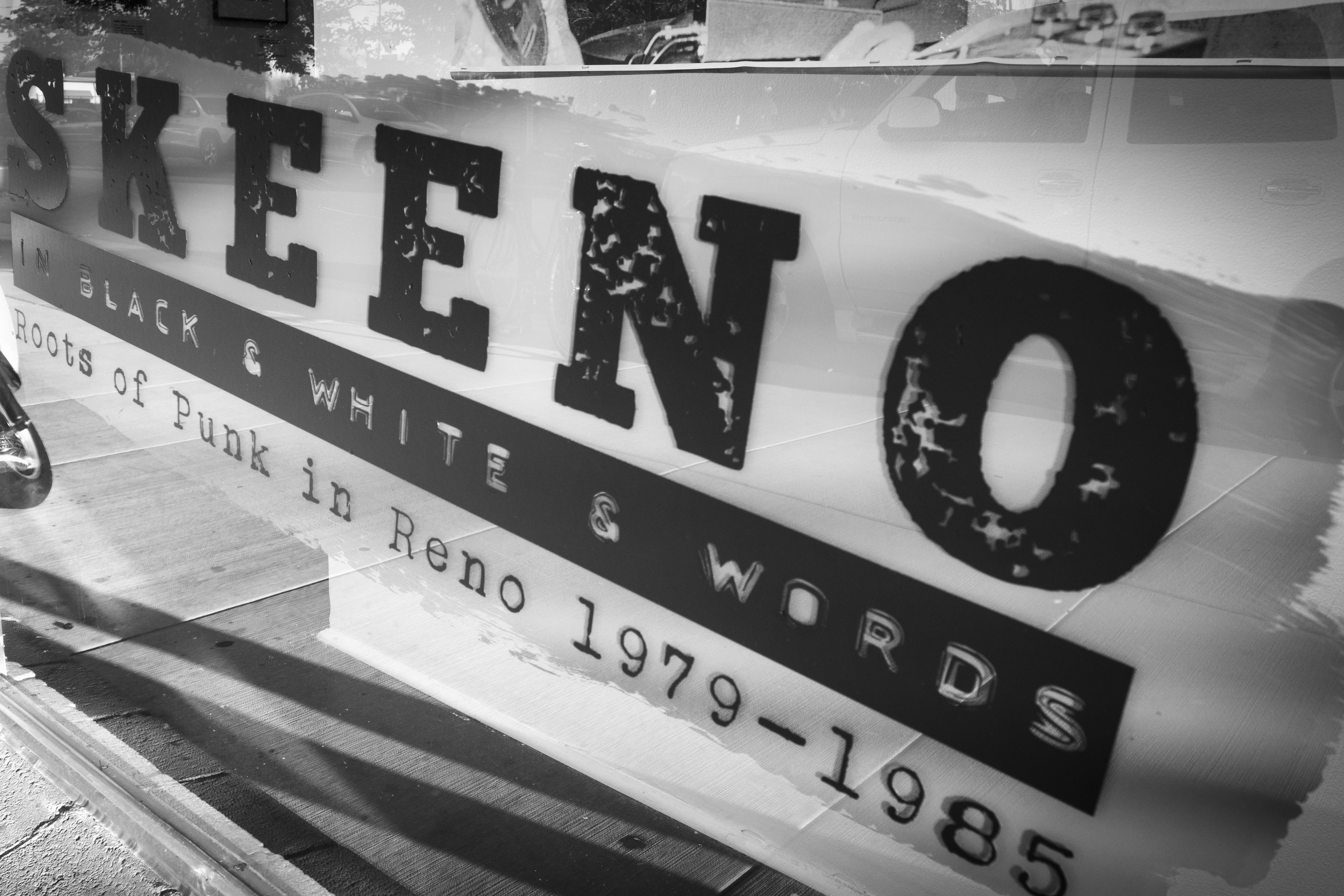 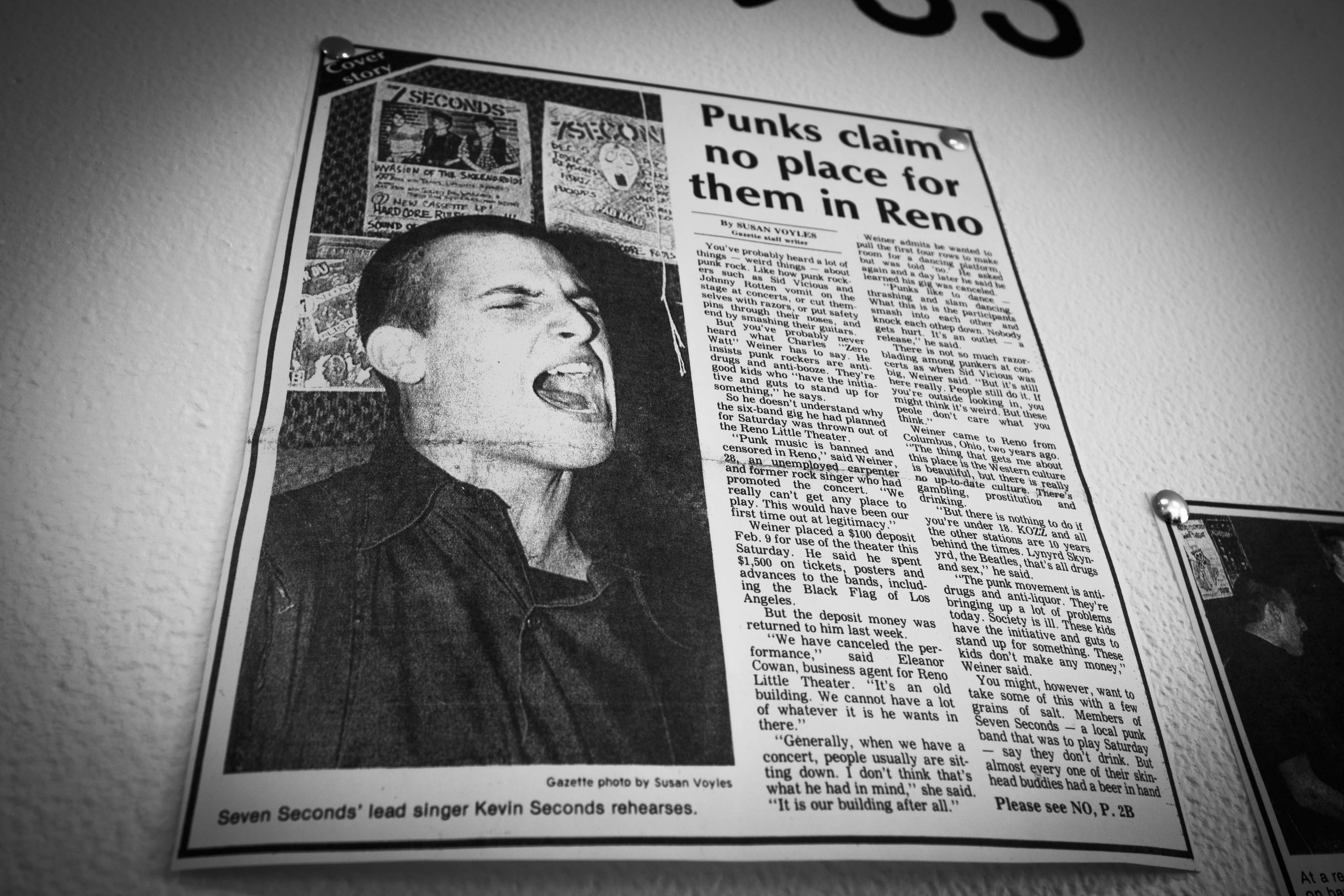 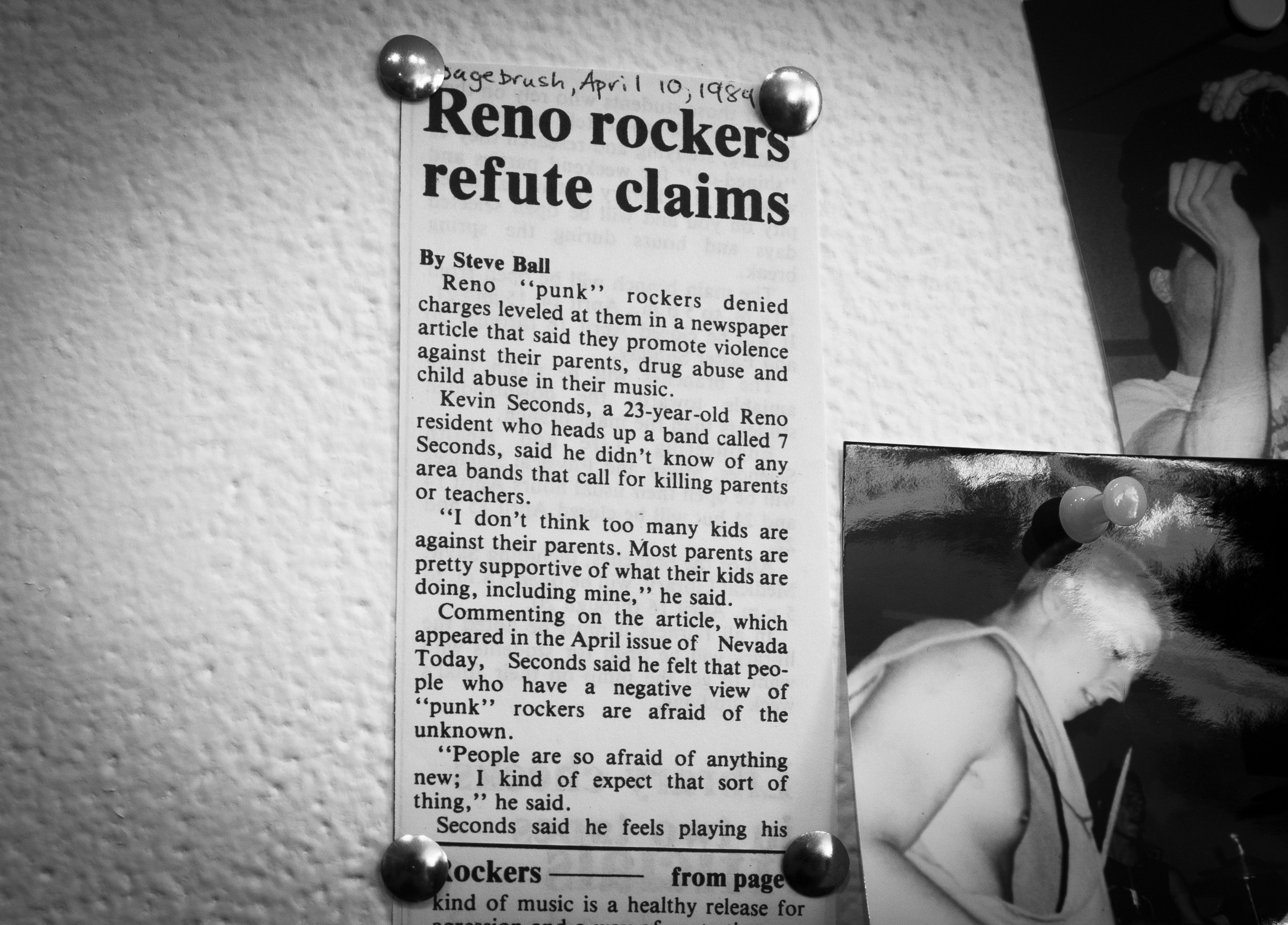 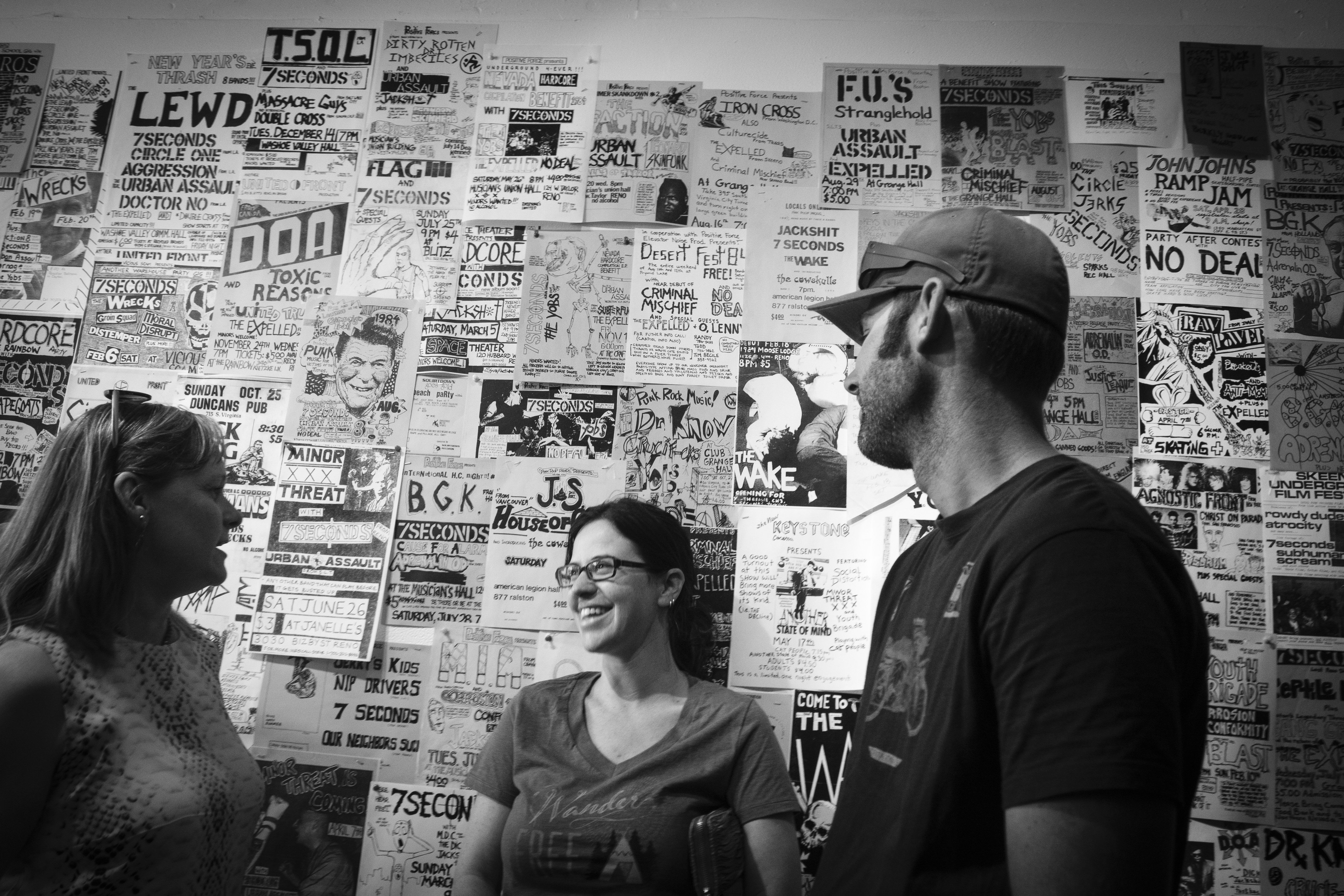 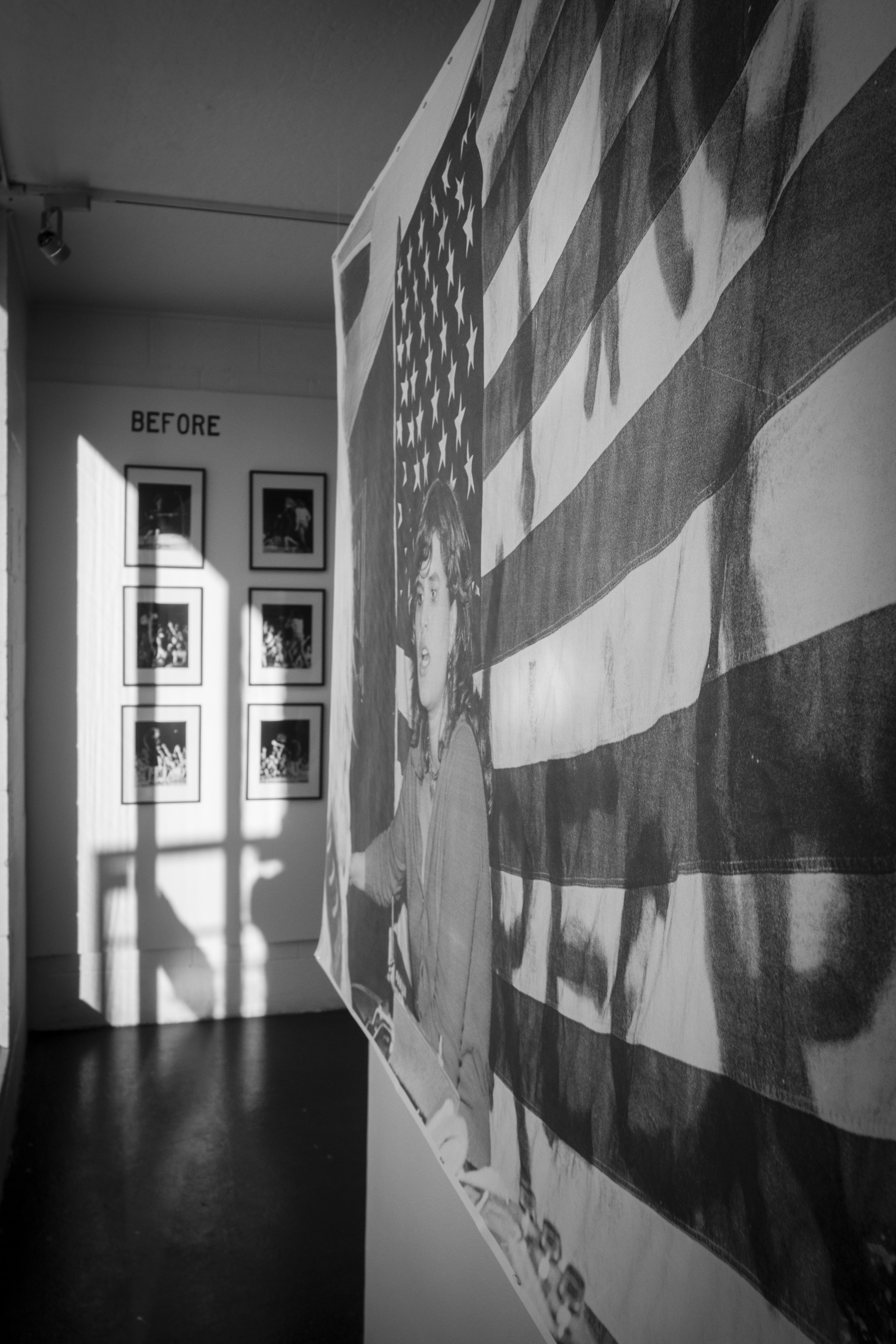 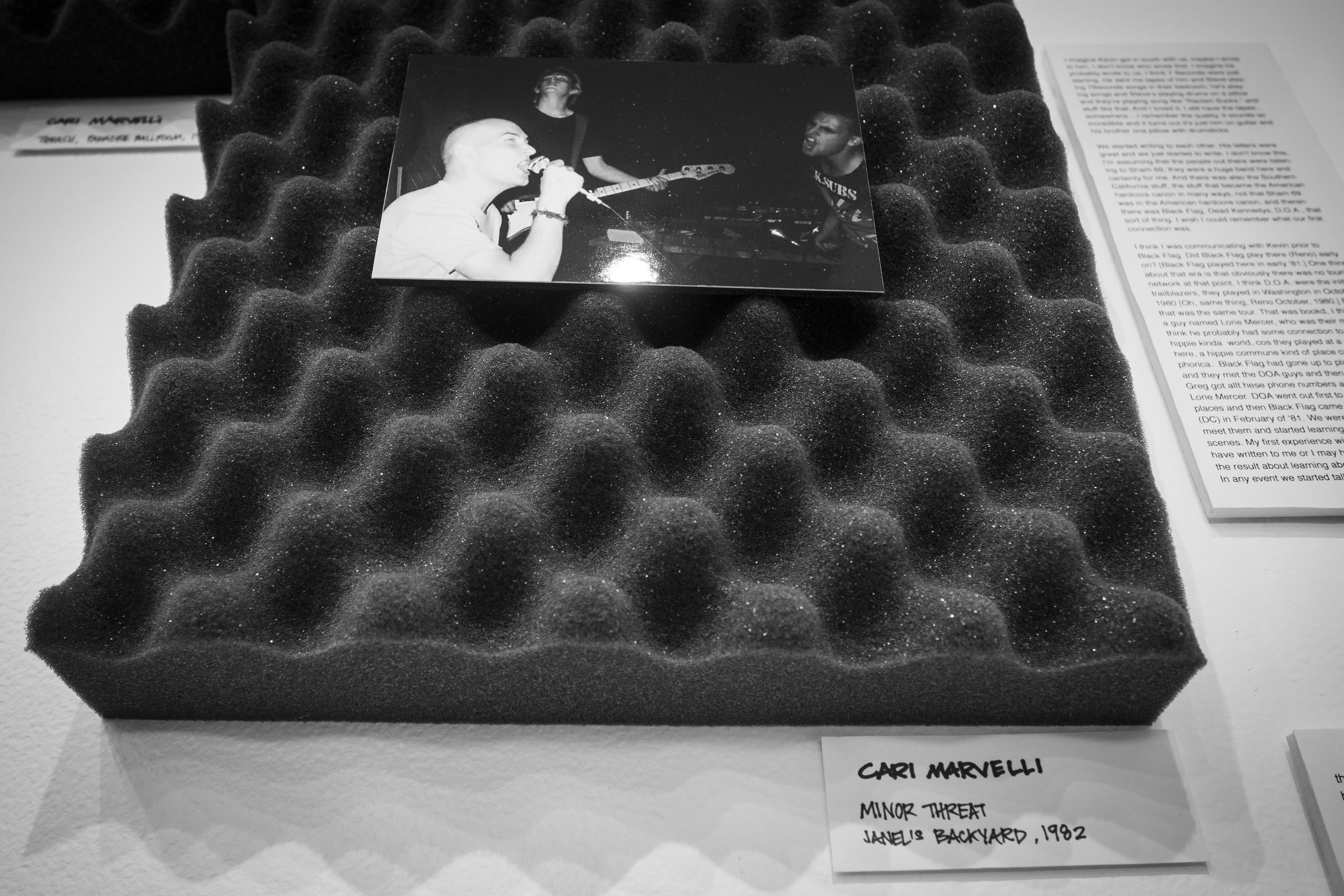 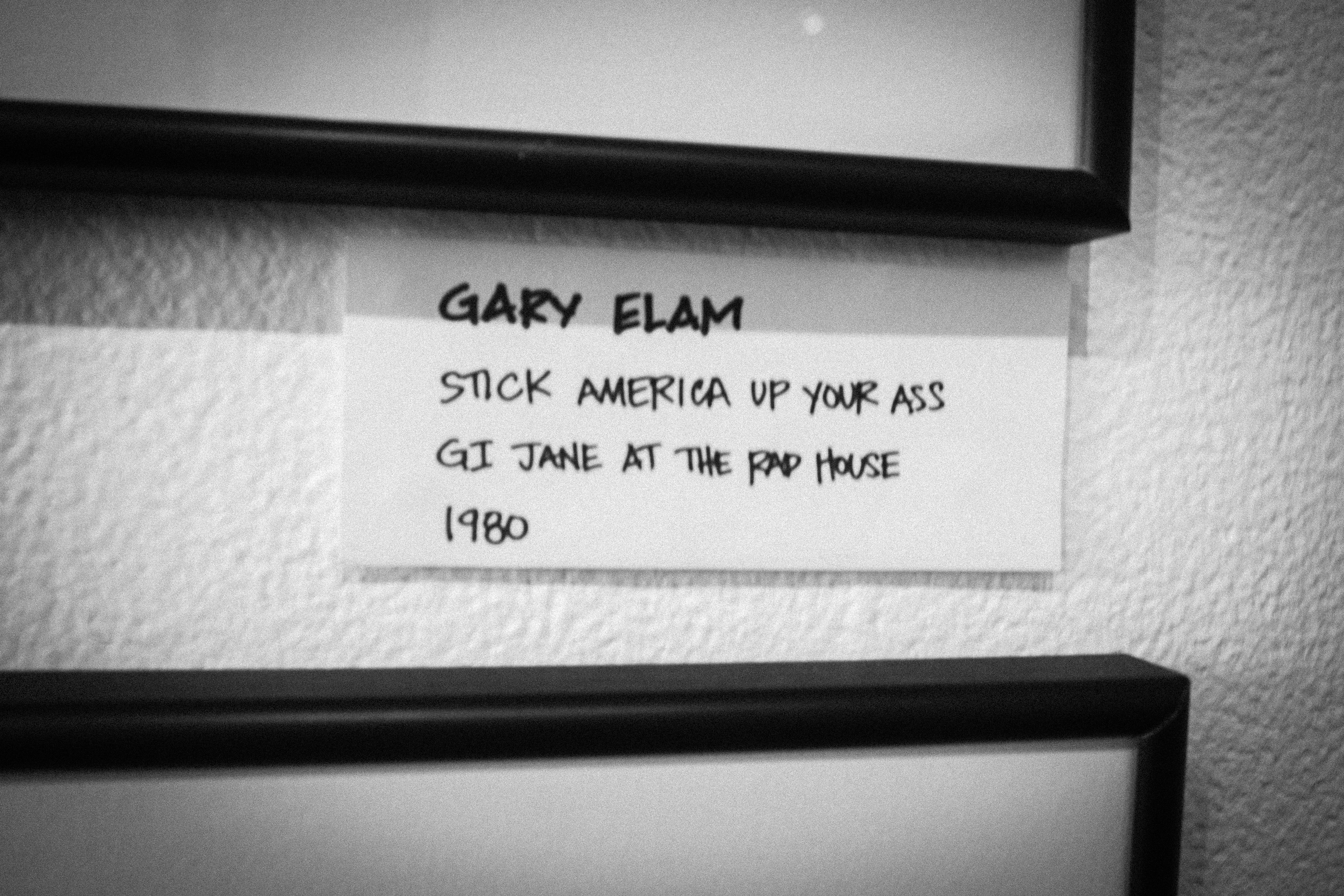 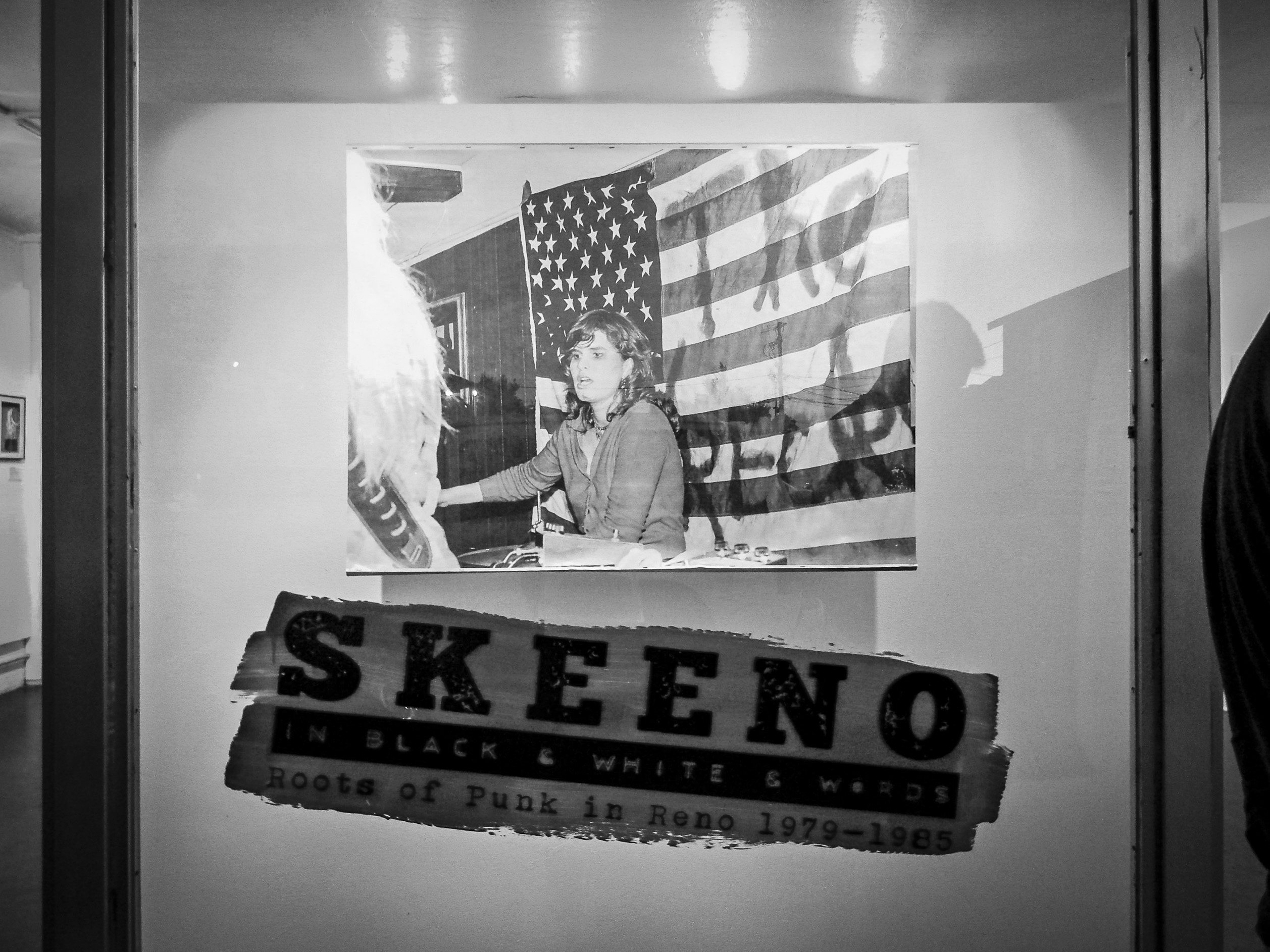 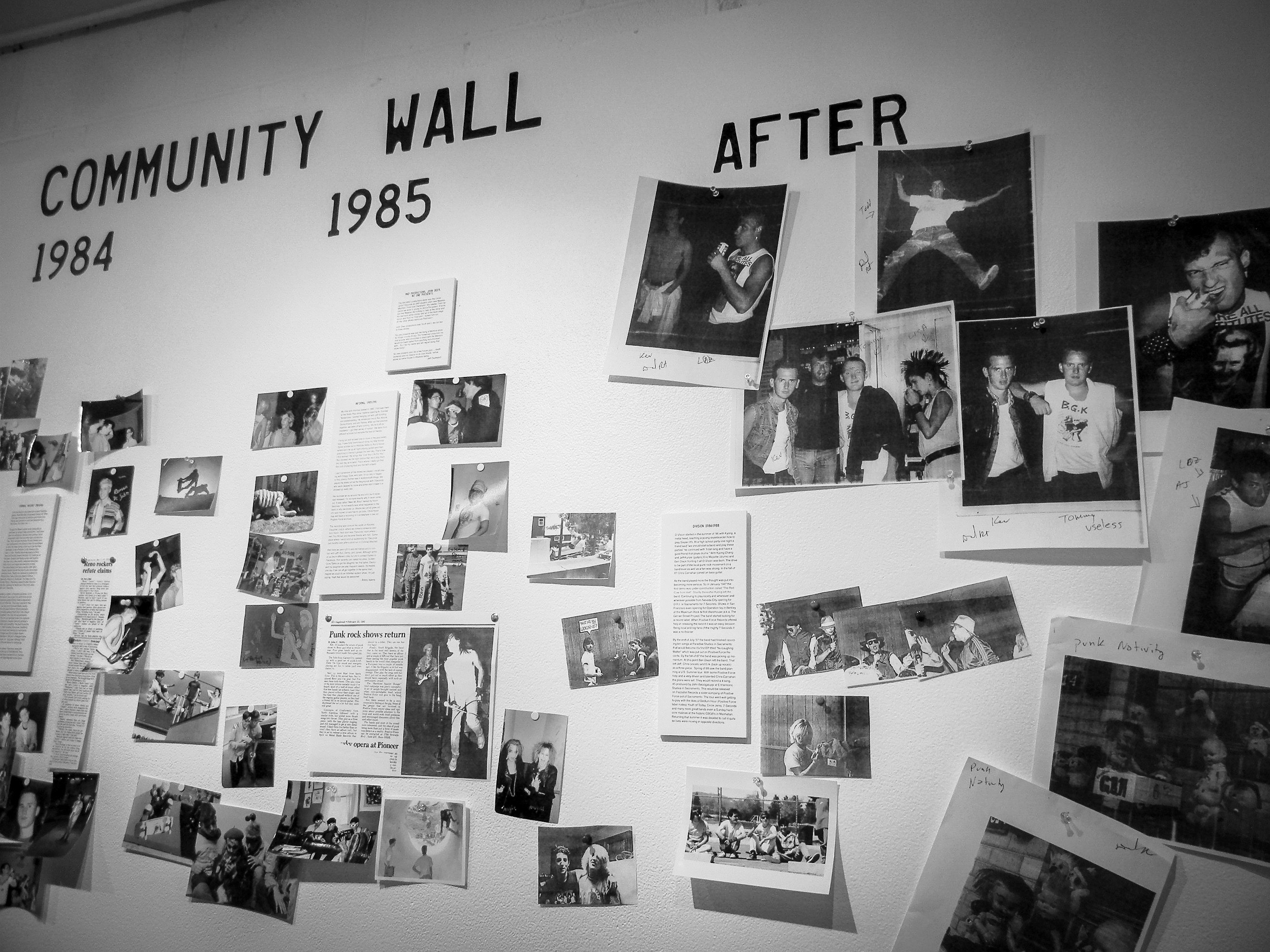 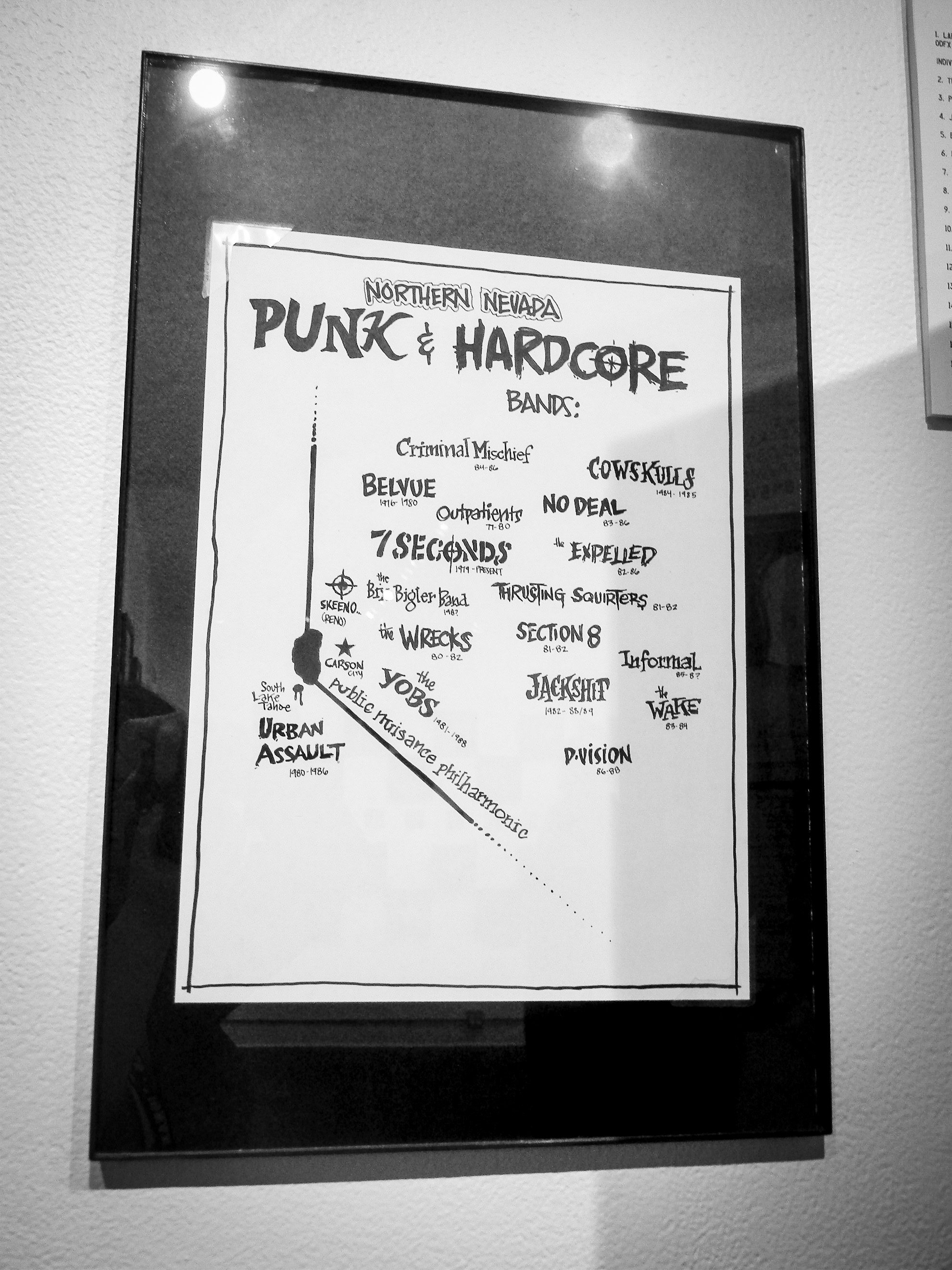 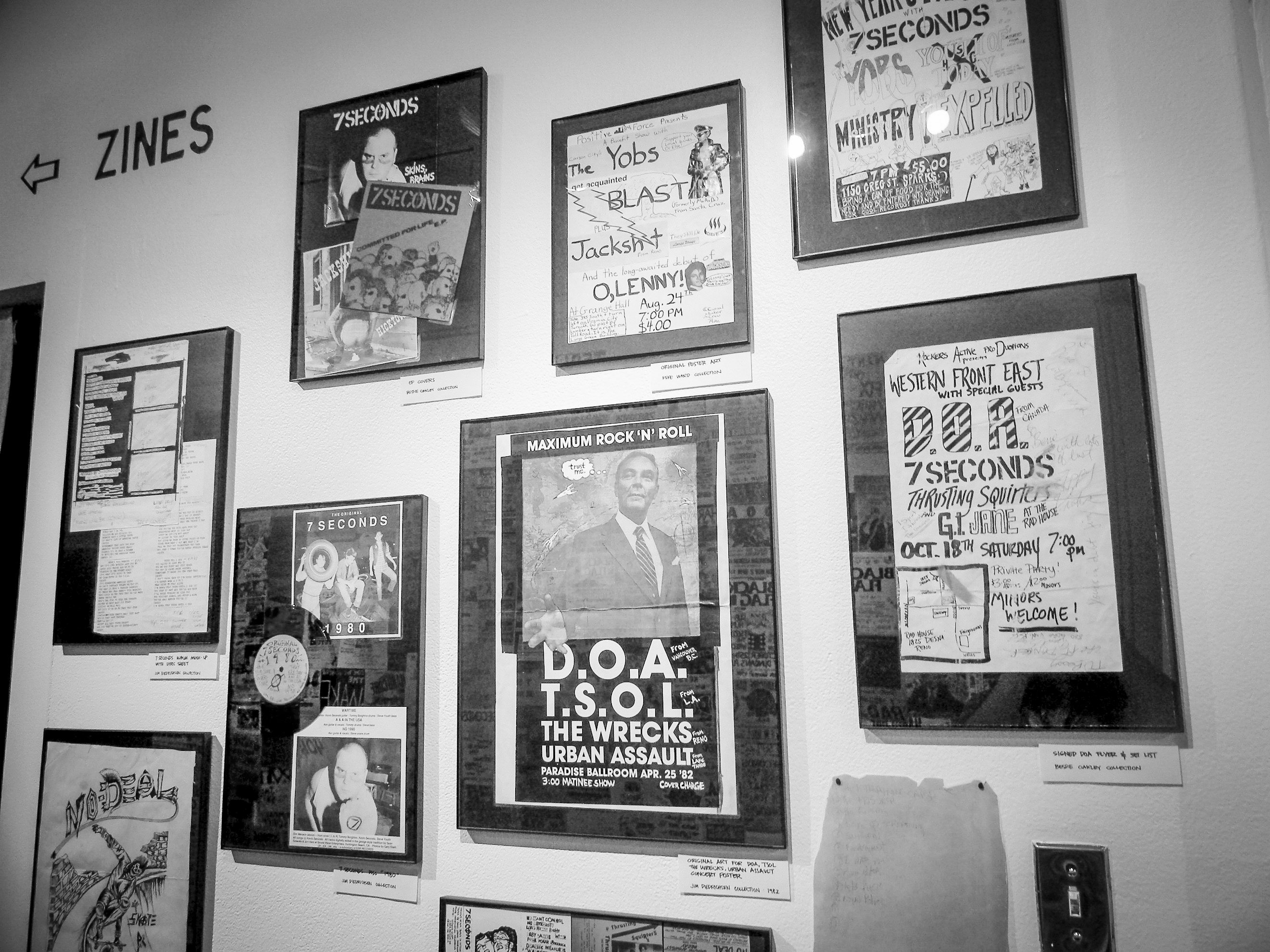 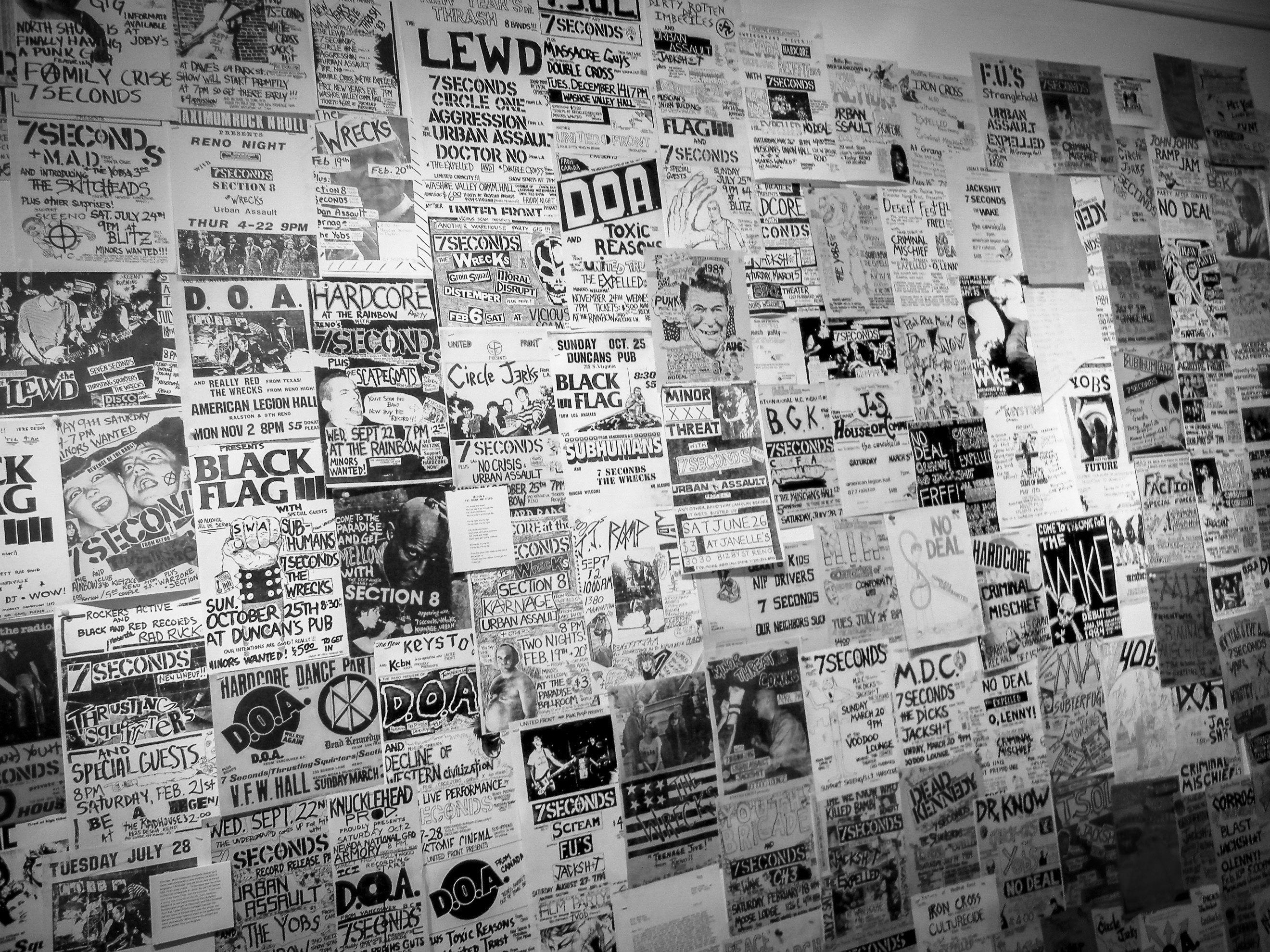 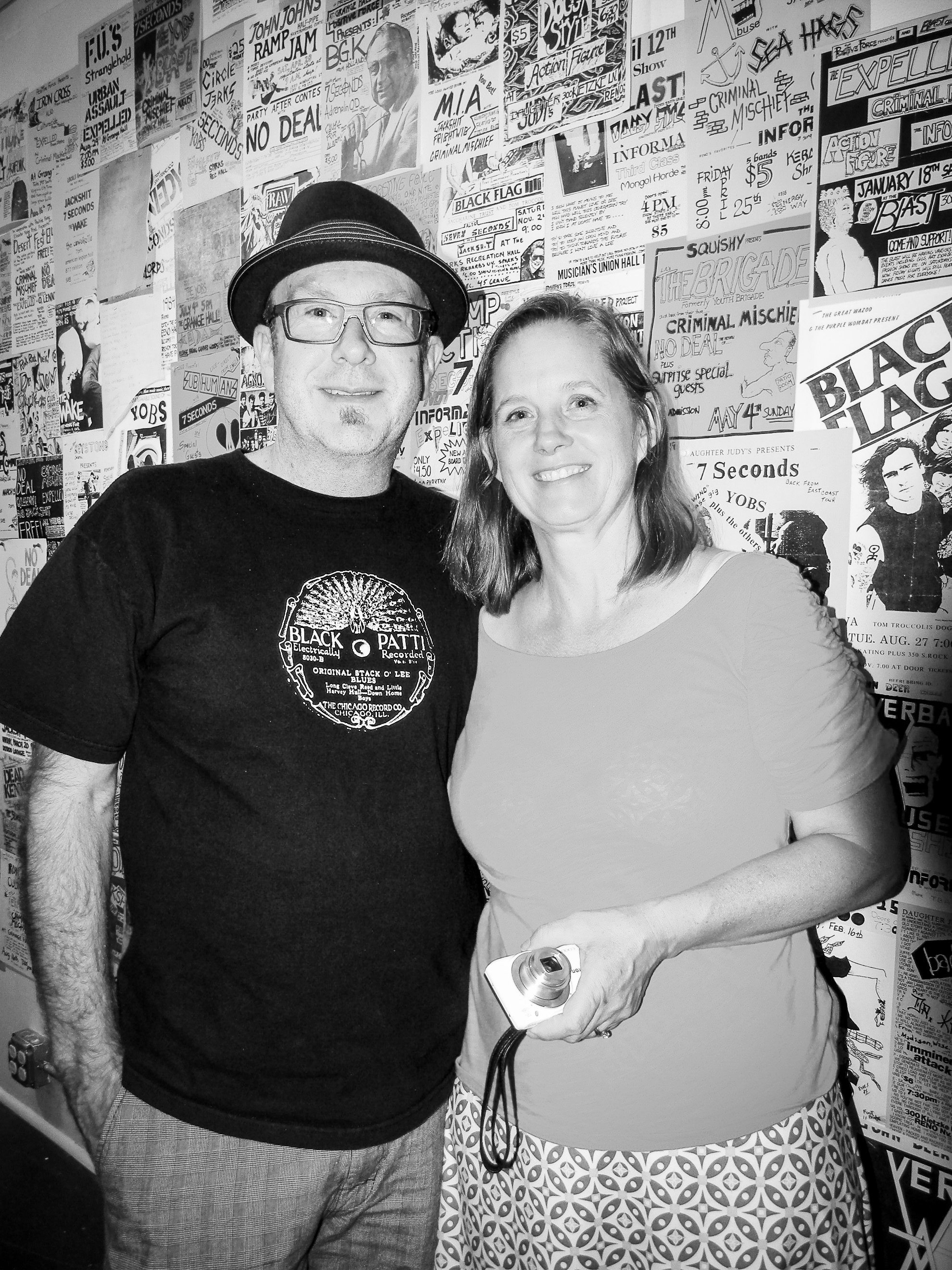 Scroll down to watch a video interview with Bessie Oakley and Kevin Seconds.

Reno in 1978 was culturally isolated but for a set of random and deliberative occurrences that, reflecting back now, 37 years later, have arguably help to coagulate the art, music and food culture we are known for.

The path to get here was not so quick, nor easy.

To hear the story told now, as a crowd did Thursday at the Nevada Museum of Art when Kevin Seconds of the longtime punk band 7 Seconds presented his remembrance of those early years, it was obvious to the many over-40 in the audience that what occurred in the Reagan years, and before, was not about battles for bike lanes, press attention for city branding efforts or whose art is being talked about most this month. 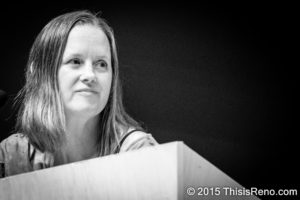 It was more about finding a possible kindred spirit or two. At Eucalyptus Records, a record store in Sparks — where, Seconds reminded us, punk records were always sectioned in the imports bins whether or not they were domestic recordings — Seconds recounted how a “hippie looking biker guy” was at the store wearing a trench coach covered with buttons.

“Buttons? Who wears buttons?” he reflected. One of those buttons was of Vancouver’s formative punk band, DOA. That icon sparked a conversation, and the genesis that became 7 Seconds, which has toured the world and helped spark — perhaps unwittingly — straightedge and posi-core punk movements on an international scale.

The pre-Internet years meant bonds were formed in person and via letters and phone calls, said Bessie Oakley, organizer of the event and exhibit and member of Reno’s first all-girl punk band The Wrecks, which formed during those early years.

“The Wrecks were phenomenal and way underrated,” Seconds said. “This was way pre-Riot Grrrl and all that. They were way ahead of their time.”

Black Flag once played what is now Shea’s Lounge in Midtown.

Connections were made in a loose but formative way. Seconds, Oakley and friends first crossed paths at weekly Rocky Horror Picture Show showings at the Granada Theatre during a summer.

“Sometimes it was the only thing to look forward to,” Seconds said. “We knew the Rocky Horror Picture Show would be a place we could go and not be made fun of, not be called names because we looked a little different and talked a little differently, and once you were in (the show) it was great because there was this chaos inside and you would know what was going to happen. 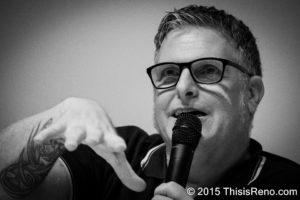 “It just felt good that it was going on in Reno because back then, of course, in the late ’70s, everything felt very repressive. I was called a faggot for buying KISS records.”

Later a Ramones concert at the Livestock Events Center — with Eddie Money opening — connected Reno punks with Carson punks, members of the band The Yobs, the first underground punk band out of the capital city.

In 1982, The Reno band The Wrecks started to receive letters from the band 0DFX (also known as Zero Defex) in Akron, Ohio — their members had a small illegal store called Garbage Inc where they sold The Wrecks tape. They also published the zines Boredom and Slam! For 6 or so frenzied months, the bands traded letters regularly. A strange friendship and long distance love affair (of sorts) between The Wrecks and the people in and around 0DFX (including Jimi Imij, Tommy Strange, Vince Rancid, Johnny Phlegm, Scott Conn, Check Mark Nowhere Face, Liz, and Janet) occurred. — from the Skeeno in Black and White Facebook page.

A punk house was formed, The Rad House off of Sutro Street, where bands would play. Those kindred spirits would hang, zines were published and neighbors were nonchalant about the whole thing.

Larger forces were less than welcoming; to get a real gig meant a show at a bar, hall or theater, and local venues would have none of it.

We have canceled the performance. It’s an old building. We can’t have a lot of whatever it is he wants in there.

Unless they were struggling. Seconds said that he’d approach bars he knew needed a crowd and could occasionally convince them to have a show. Black Flag once played what is now Shea’s Lounge in Midtown.

But the subcultural connections made sidestepped official rejections or gawker-ish press coverage in Reno’s mainstream news outlets which didn’t, arguably until the early ’90s, know quite what to do with punk rock or even heavy metal (remember the drumbeat of controversy over Lawlor Events Center metal concert attendees trashing university neighborhood residences post AC/DC and Dio shows?) — until it was too in-your-face to ignore when Nirvana and Green Day, you know… 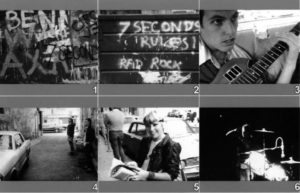 Stills from the short film, “7 Seconds Goes to San Francisco.”

It was easier in the mid-’80s, for instance, to hang onto news pegs the perceived satanic panic and Tipper Gore’s record rating labels — to, you know, protect the children. Indeed, at the Skeeno in Black and White & Words show, which opened Friday at the Holland Project, news clippings are part of the exhibit.

In one, from the then Reno Evening Gazette, Reno punks explain their recent ban from the Reno Little Theater.

“Punk music is banned in Reno,” an “unemployed carpenter” Charles Weiner, is quoted to have said. “We can’t get any real place to play.”

The theater responded with this missive: “We have canceled the performance. It’s an old building. We can’t have a lot of whatever it is he wants in there.”

These kids have the initiative and guts to stand up for something.

Much mainstream ink in that era was wasted on what we now barely think twice about. City of Reno code enforcement officers were still threatening fines, including a couple to this author, for promoting underground punk shows in 1991 by fliering telephone poles around town. Again, this is pre-Facebook when communications in public fora were expected to be officially sanctioned.

No wonder those early years, when Oakley and friends were unwittingly planting cultural seeds, gave rise paradoxically to a scene that deserves to be remembered and memorialized. Seconds noted that the influence of punk rock is now commonplace in society, in graphic design, fashion and of course our music.

But it was those unlikely connections that made it happen locally. Sparks Tribune photographer Gary Elam and a pressman, Jim Diederichsen, now deceased, were instrumental in cementing bonds and helped produce volumes of photographs and film that helped document the time. 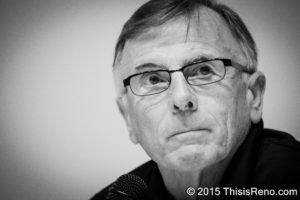 The showing of an Super-8 short film by Elam played at the NMA event reveals Seconds, younger brother Steve Youth and drummer Tom Borghino traveling to San Francisco in 1981 to play at The Mab. Judging by the movie, the Bay Area punks loved the young Reno punks who then looked not too unlike their forbears, the The Clash from the UK.

Their sound was panicked, urgent and furious.

Rightfully so. Politics in the ’80s — when nuclear war with Russia, Reagan at the helm, seemed like a very real possibility — helped drive an evolution of music that paved the way to what is now taken more for granted as self expression: full-sleeve tattoos, died hair, faux hawks and much more.

Those stylings didn’t form in a vacuum and were in fact derived from very real cultural conflicts and successes.

Reno has an all-ages art and music space, punk shows are commonplace and hoggish hipsterism appears to lack prescience, which is why Thursday’s talk and the now ongoing exhibit at the Holland Project is needed.

“These kids have the initiative and guts to stand up for something,” said that unemployed carpenter back in the early 80s.

With projects like Holland, it is hoped the youth of today can claim the same. If so, it is their parents’, if not grandparents’, era that is partially to thank.

More information is online at Skeeno.org.