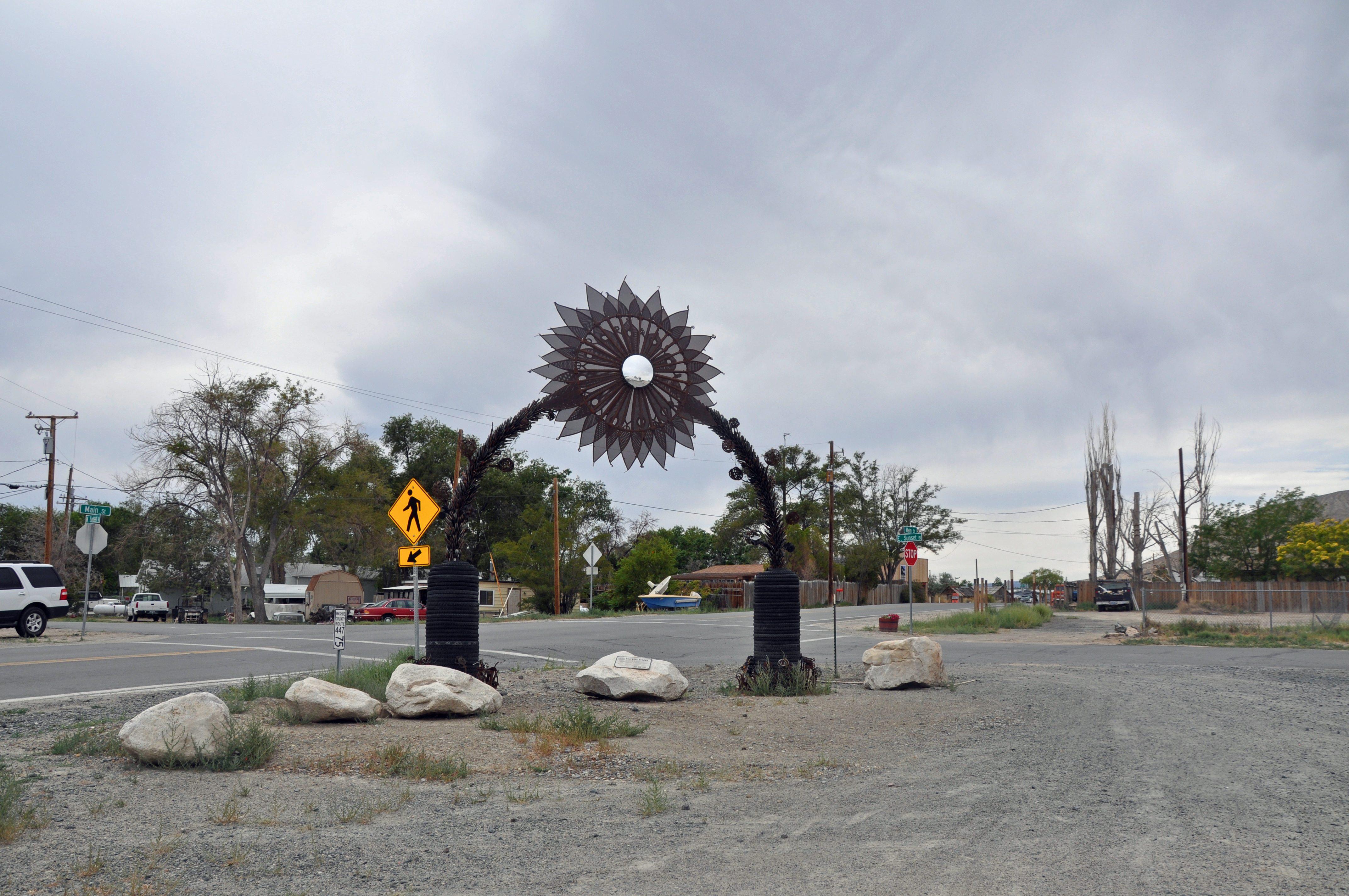 After Burn: Check out Burning Man art in Nevada 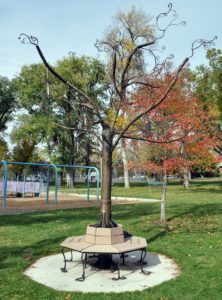 Burning Man, the annual event celebrating creative culture in the Black Rock Desert, ends the first week of September. But those who don’t want the Burn to end — as well as those who just appreciate art — can check out Burning Man sculptures throughout the year at various northern Nevada locations, including Sparks, Fernley and Gerlach.

Of course, Reno also has Burning Man art. Reno is home to several of the sculptures, according to Christine Fey, the city’s Resource Development and Cultural Affairs Manager. Those include:

“Tree Spire,” by arts groups Tabasco Mills and Iron Monkeys, at Whitaker Park, 550 University Terrace in Reno (on the Ralston Street side). This group of sculptural trees is fashioned from recycled materials surrounding Burning Man’s icon, the Man.

“Portal of Evolution” by Brian Tedrick in BiCentennial Park, 10 Raltson St. in Reno (next to the footbridge over the river to the Whitewater Park). This statue formerly was at the Reno City Plaza. Organic, floral shapes sprout from the base, crowned by a butterfly that revolves slowly in the wind.

What do you think of Burning Man art? Tell us what you think by commenting below! 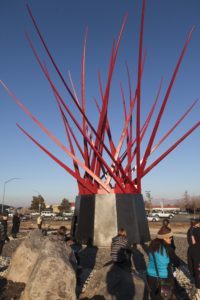 “The Reno Star,” also known as the Cosmic Thistle, by Mark Szulgit, on the northwest corner of Virginia Street and South McCarran Boulevard, near U.S. 395. The spiky red sculpture, composed of 46-foot-tall, eight-ton repurposed steel beams, was inspired by the clear night sky and desert flora found in Reno and the Great Basin.

But this is a column about things to do and see outside of the Biggest Little City. So here’s a look at five Burning Man sculptures to see outside of Reno. 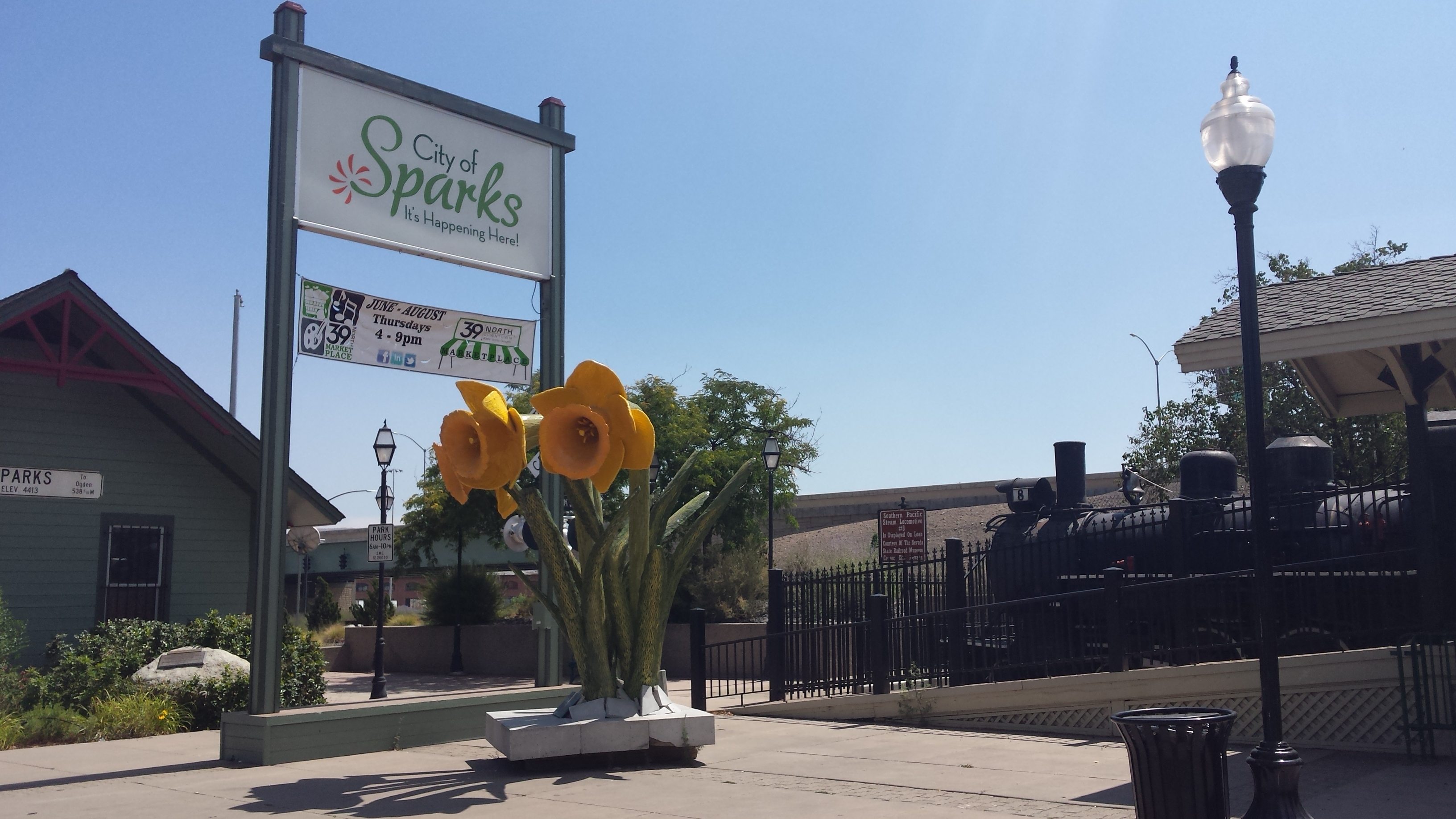 “My Love Letter to Elaine (Daffodil)” by Peter Hazel, can be seen at Victorian Square plaza in Sparks, on the southwest corner of Victorian Avenue and Pyramid Highway. Installed in May 2015, the sculpture is expected to remain at this site for a year. It’s a partnership between Hazel, the city of Sparks and 39 North (a new downtown merchants association).

“Bottlecap Gazebo,” by artists Max Poynton and Andrew Grinberg and their crew, makes use of everyday objects to create a canopy of flowers.

“Rockspinner 6,” by Zachi Coffin, features a nine-ton stone slab that rotates on an axis.

Last, there’s “The Bike Bridge” at the corner of Main Street and East Sunset Boulevard in Gerlach, 107 miles northeast of Reno. The Bike Bridge is a collaborative project with the youth of Oakland, Calif.; artist Michael Christian; and partner organization The Crucible. The 12 enrolled participants, all young women, began the project with classes in welding and art-bicycle creation, hosted by The Crucible. The program culminated in the collaborative creation of a large-scale sculpture made of reclaimed bicycle parts, led by Christian.