OPINION: You Are Going to Die

On your many trips around the sun, you have acquired stuff. You may have a little amount of stuff or a good amount of stuff, but regardless of the amount, we all have stuff. Even though I really want to take my snowboard with me so I can ride when hell freezes over, we can’t take our stuff with us when we die. Hopefully we will leave someone to deal with all that stuff when we’re gone.

But what happens to all your stuff once you’re gone? You leave all your debt to your loved ones of course! What do you care, you’re dead. However, unless you’re a total ass, you want to make it as easy for your family as possible once you’re gone. It is a complete and utter nightmare if you die without some form of instructions to let them know what to do. They hopefully will be grieving and mourning the loss of your epic presence and having to deal with your house, car, bank accounts and extensive magazine collection is a daunting task if they don’t have direction from you.

If you don’t have much stuff, no property, no vehicle, no money, no bank accounts, extensive anime collection and a bunch of debt, then you probably don’t have to worry about it. But most people don’t still live in their parents’ basement, playing Xbox in their underwear collecting unemployment. Most people have worked hard to get their own house, cars, bank accounts, retirement, and all the fun little goodies that make all that work bearable. I know most people don’t want to talk about their mortality. It’s scary to think about your impending demise. I do however tell the selfish bastards thinking their death is all about them that a will or trust or any other form of estate planning actually isn’t for them. It in fact is a gift to their loved ones. It’s your last gift making the dealing with your stuff easy and straightforward.

Heed the advice of metal legend, Dee Snider of Twisted Sister regarding his frustration with his late drummer who died without an estate plan in place. Snider stated, “This is the unfortunate reality of irresponsible adult behavior. Not only did A.J. Pero have a family history of heart disease, which he allowed to go unchecked, but he did not have a will, left behind two ex-wives, a longtime girlfriend, four children between the three of them, and a mess of an estate to be sorted out. Now, there is infighting, mistrust and dissension amongst the family members about how to handle life after AJ. 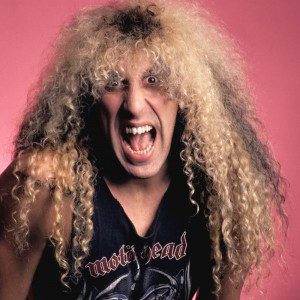 What a mess. While the legalities of the situation are being sorted out, Twisted Sister is doing a show to raise some money to help the family out in the short-term.

This unfortunate situation should be a life lesson to all to take responsibility for the world we create and will leave behind when we are gone.” Read More: Twisted Sister’s Dee Snider: Late Drummer Was ‘Irresponsible’ | http://loudwire.com/twisted-sister-dee-snider-irresponsible-behavior-a-j-pero-death/?trackback=tsmclip

This is a total jerk move on his part but is an all too true reality for many families in regards to the probate process if you do not leave a will or have a trust in place in order for your heirs to manage your estate. It’s important to get something down sooner than later. If you don’t, you leave your family to go through not only your death, but now the probate process, which may be worse than death. Assets get tied up, things can go into foreclosure or repossession due to the inability to pay for the assets if the probate process gets tied up.

Like with Pero’s sudden passing, death makes people mental. People will fight over money, assets, property, your awesome Simpson’s DVD collection and anything else you may have. Your creepy uncle may end up with your beloved pocket watch that you really wanted your first born to have if you don’t spell out your wishes.

You can always change your mind later and amend your plan. If money is an issue, start with what you can afford (a simple will, power of attorney, health care documents) and then upgrade later. If you already have one, it’s time to look to review and update your existing plan. Revisions should be made any time there are changes in your family (birth, death, marriage, divorce, remarriage).

At minimum, everyone over the age of 18 should have a power of attorney document for health care, which gives another person legal authority to make health care decisions (including life and death decisions) for you if you are unable to make them for yourself, since we all do really stupid things when young and may be unconscious, and HIPAA authorizations which give written consent for doctors to discuss your medical situation with others, including family members.

You may think, “Well I have designated beneficiaries listed on my accounts.” This may not be the best idea either. “People will procrastinate and agonize over some decisions in the process of drafting a will when the lion’s share of the client’s wealth is distributed by beneficiary designations where a decision is made quickly and often without estate planning advice. For example, life insurance, annuities, 401(k)s, pensions and IRAs can all be transferred via beneficiary designation and outside of the domain of the will.” See more about this topic in this article in Forbes: http://www.forbes.com/sites/jamiehopkins/2015/06/02/your-will-and-trusts-arent-enough-using-beneficiary-designations-as-an-estate-plan/

It basically comes down to this one point. You’re going to die. There is no way around it, it will happen. If you’re able to know ballpark time frame of when you’re going to go and have the time in which you can get your stuff in order before you leave this hurling mass, then you’re a lucky one. But most people don’t know. It’s a toss of the dice and you may roll snake eyes one day. So have your last gift be a good one and provide your family with the instructions and means in with which to easily and efficiently tie up your life and the stuff you’ve left behind.

They’ll thank you for it and may not stick you in a coffee can after all.