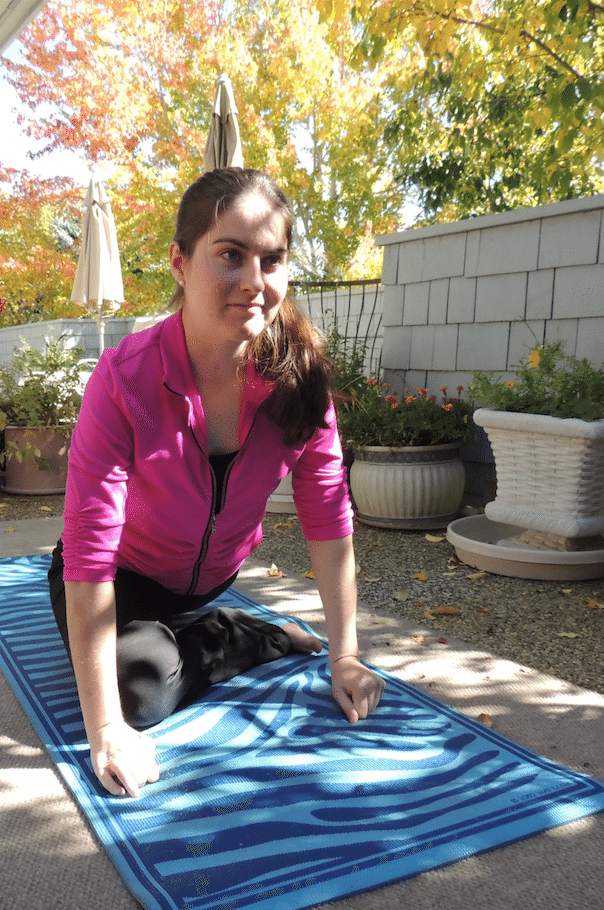 TRUCKEE, Calif. – Lyndsay Slocumb began ski racing at an early age, developing her skills alongside many other young athletes in the mountain community of Reno-Tahoe. She was off to great beginnings in her sport, translating hundreds of hours working on technique and experience into trophies and awards.

“As I got older, more competitive and my technique improved, I was spending three to four days a week training on the hill,” Slocumb said.

However, during a ski race at Boreal Mountain on March 11, 2007, Slocumb, who was 14-years-old at the time, ventured into the terrain park with some fellow racers between race events. She took the first jump too fast, overshooting the landing and falling from the height of nearly three stories onto her neck and back.

The crash resulted in a traumatic brain injury (TBI) that left Slocumb in a coma for four weeks with internal damage to her kidney, pancreas, spleen, lungs and multiple vertebrae. When she awoke from the coma, she found herself paralyzed from the neck down from cervical spinal cord damage. Her entire life path would be different from that day on.

“When I first woke up, ski season was over,” said Slocumb. “I accepted that my course in life had changed and other things were going to be my focus for a while.”

The TBI and spinal cord injury qualified Slocumb for grant funding from Truckee-based High Fives Foundation. High Fives supports the dreams of athletes with life-altering injuries, like Slocumb, by providing resources and inspiration in the form of Board-approved Empowerment Grants towards their recovery goals.

“High Fives considers anyone with a set of physiological goals to be an athlete,” said Roy Tuscany, High Fives Foundation Executive Director. “Accomplishing those goals are how we measure success in an athlete’s recovery.”

It was with that mindset that High Fives teamed up with local apparel company Arcade Belt Company to establish an initiative that helps guide athletes through the complex recovery process after a life-altering injury. The initiative is called the High Fives | Arcade Goal Belt Program.

The belt program, which is similar to a karate belt system, rewards High Fives athletes with an Arcade belt containing a new gold star for each milestone achieved. This framework is designed to provide clarity, support, competition and inspiration for others as these athletes work to rebuild their lives.You can learn more about the program and watch a complete interview with Lyndsay Slocumb at www.highfivesfoundation.org/arcade.

“We get so much inspiration from these injured athletes as they work through the complex and daunting healing process each of them face after suffering a life-altering injury,” said Tristan Queen, Co-Founder of Arcade Belt Co. “The Goal Belt Program seemed like a great way for us to help add structure to the rehab process while also recognizing and celebrating the hard work these athletes are putting in.”

Lyndsay Slocumb was one of the first High Fives Athletes to pilot the program. Following her 2007 injury, Slocumb has been making a tremendous recovery. She is currently attending school atUniversity of Nevada Reno, is an adaptive yoga instructor and plays on the adaptive rugby team in Reno— all of which helped her shape her Belt Program Goals. The High Fives Foundation helped provide Lyndsay with a specialized adaptive rugby wheel chair so she could join Reno Team, the Sierra Storm.

“The Sierra Storm is a group of local athletes that are quadriplegics that have come together to play rugby,” Slocumb told High Fives. “This rugby is kind of mix between wheelchair ice hockey and basketball. In ice hockey you hit each other, and in basketball you don’t. [Wheelchair rugby] is really fun to play.”

Her goal for her first Arcade belt was to sharpen her skills on rugby court by building quickness and speed in her quadrugby chair — becoming a competitive threat during games. She’s already recieved her One-Star Arcade Goal Belt for this achievement.

“So my next goal with my chair that High Fives was gracious enough to help me acquire is to actually play more time on the court with my teammates during tournaments to have some fun and show the competition that they have more competition on the way,” said Slocumb.

Keep following the High Fives | Arcade Goal Belt Program to learn about the athletes, their stories and their goals.