Sundance Books and Music is hosting a stop on the Midtown People Project Walk. Swing by between 4-7 p.m. to meet Book Man. The Book Man is just one of many life size statues on display in Midtown throughout the month of July.

W.S. Merwin – Even Though the Whole World is Burning

Join the Nevada Museum of Art for brunch with the Chuck Hughes Band from 10 a.m.-2 p.m. If you’re done with brunch, stick around for the film Even Though the Whole World is Burning, which explores the life and work of Pulitzer Prize-winning poet W.S. Merwin. Screening is followed by a reading with poet Jared Stanley celebrating the poetry of W.S. Merwin in the Prim Theater Lobby. Cash bar available. Special appearance by the film’s associate producers, Edward Morris and Susannah Saylor. The film is $7 for general admission and $5 for museum members.

The Great Alphabet Adventure by Julia Flood is a fresh and energetic adventure into the fantasy of stories told through books and the power of discovery unlocked through reading and learning. On a rainy afternoon, Alex comes home from school looking forward to playing video games before his mom gets home from work. When the power goes out and his only entertainment option is to read, Alex feels certain he will die of boredom. Enter Zora, the new girl next door who is determined to go on an adventure. Zora discovers Alex’s old picture book, The Great Alphabet Adventure, is mysteriously blank and their job as explorers will be to find the missing letters and return them to the book. Alex’s ordinary room begins to reveal extraordinary hidden worlds and a cast of colorful and wacky characters who lead Alex, Zora, and the audience on a treasure hunt through the alphabet. In the end, Alex and Zora learn something about the fun of reading and about the value of friendship. The Reno Little Theater show dates are July 11 at 11 a..m. and 1 p.m. and July 12 at 11 a.m. 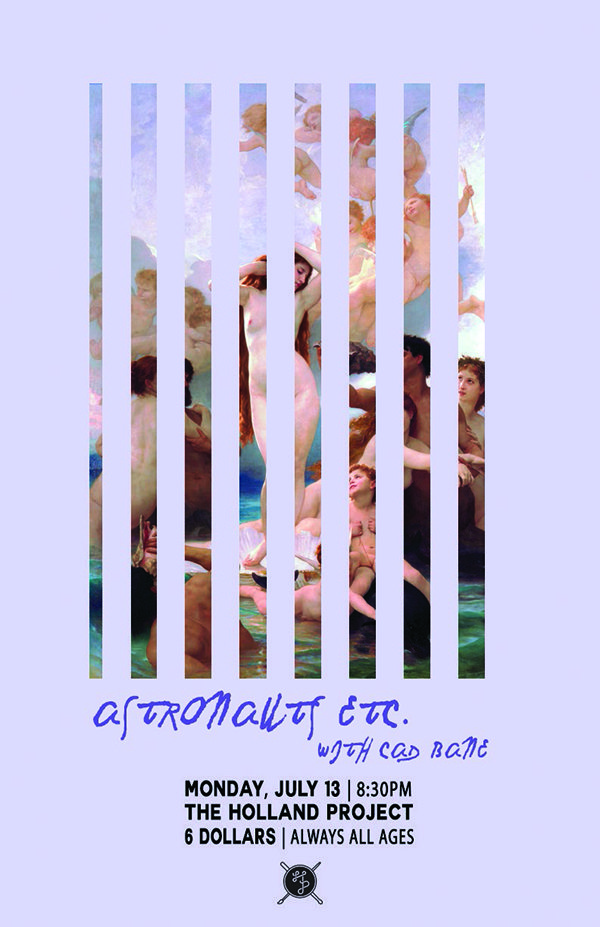 Astronauts Etc. and Cad Bane will be at the Holland Project with some cool music to help you chill out during these hot summer days. Anthony Ferraro, of Toro y Moi, makes up Astronauts Etc. and performs music that shows off his excellent classical training. Cad Bane has been described as Reno’s version of The Weeknd. 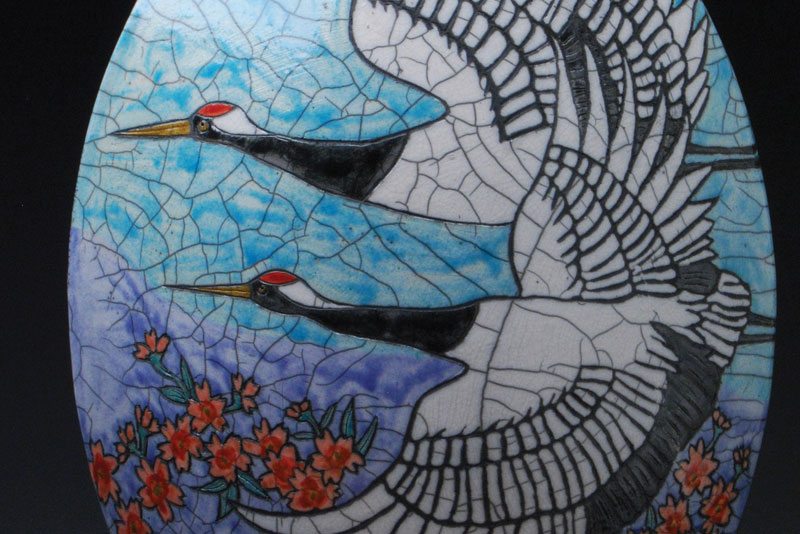 Through July 25, check out the collaborative pottery from Joe and Shiho Winter at Sierra Arts. 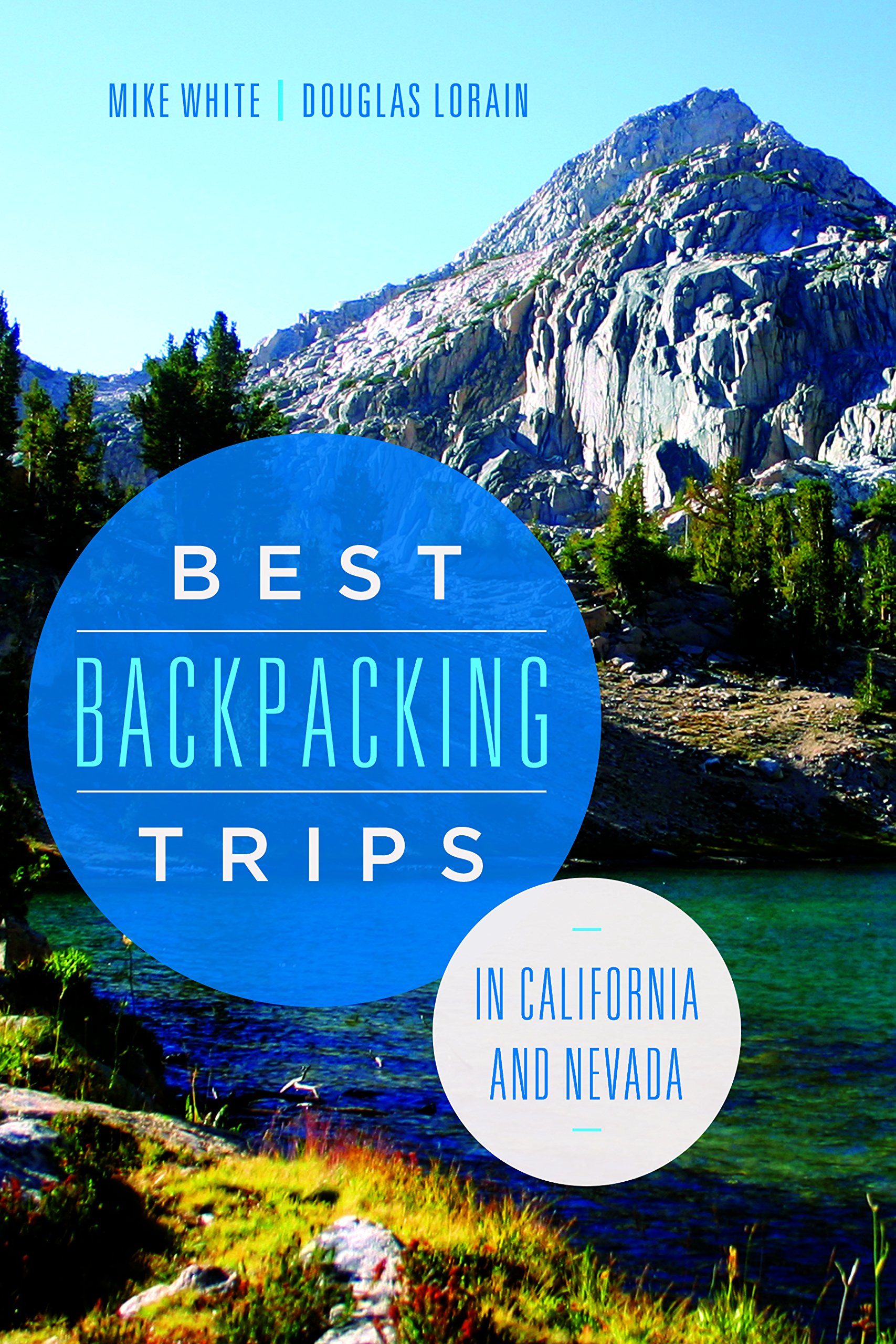 Best Backpacking Trips in California and Nevada by Mike White

Author Mike White will be signing his new book at Sundance Books and Music, Best Backpacking and Hiking in California and Nevada. The book helps the accomplished hiker plan multi-day hikes throughout two of the most beautiful states on the west coast. The talk begins at 6:30 p.m. and is free and open to the public. 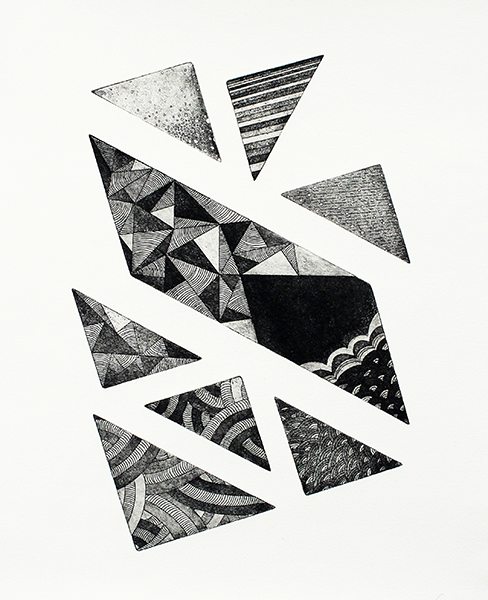 The Shape of Memory

The Holland Project is pleased to be presenting Shape of Memory, a free artist reception and exhibit for current UNR MFA student Quynh Tran. Her prints and handmade books reflect life in her native Vietnam, using shape, color, and lines to convey her experiences. In conjunction with the opening of Shape of Memory will be Geo Gami, a series of sculptural works made from thousands of intricately folded sheets of paper. Artist Vance Houston will be on hand from 6-8 p.m. to talk about his work.

The Nevada Museum of Art is hosting the Architecture and Design Film Festival. Celebrate architecture and the built environment with the Museum and the Black Rock Design Institute through a series of fun and interesting short films exploring architecture and urban design. Networking hour with beer provided by Silver Peak Brewery at 5 p.m. Films follow at 6 p.m. Admission is $7 for general and $5 for museum members.

Join Sundance at 6 p.m. for the July salon, Last Call in the Old Southwest. The panel will discuss the play of the same name currently running at Good Luck Macbeth. The salon will include a discussion of the history of the LGBT movement in the Truckee Meadows and the significance of its underground communities. The conversation will also explore how history is passed down when these communities disappear. 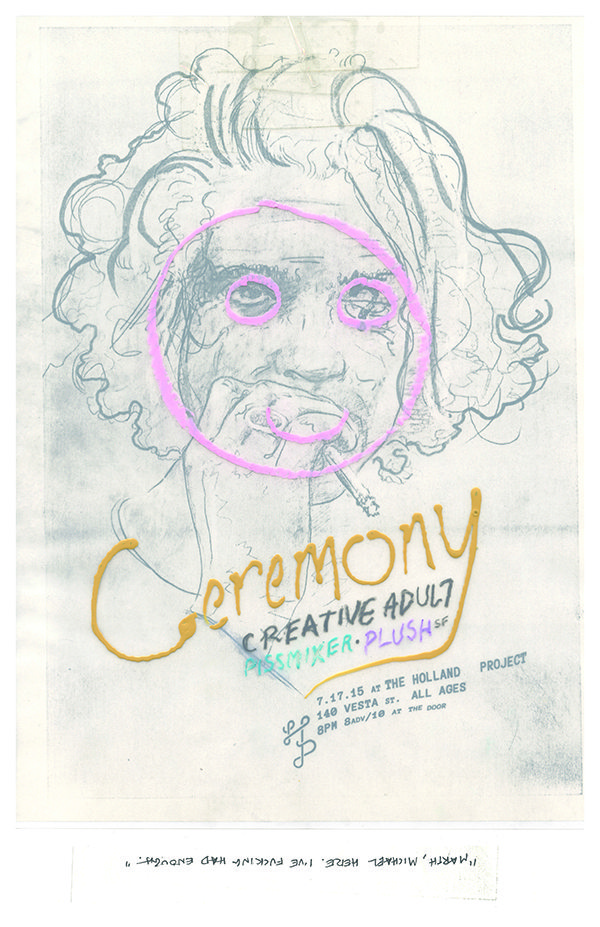 Head over to Holland Reno for Ceremony, Creative Adult, Plush, and Pissmixer. This eclectic range of bands is a great way to end what is sure to be a great week of art and entertainment in Reno. Both Ceremony and Plush have new albums out, so you can put them on repeat all week to prepare for the show.

You won’t want to miss Capturing the Sound, presented by the Holland Project. This upcoming exhibition will showcase local bands and shows at alternative venues and DIY music spaces in Reno.This exhibition will be on display at the Holland Project Micro Gallery at Bibo Coffee Co. on  945 Record St., from July 13 to July 31. The opening reception will be held Saturday, July 18 from 6-8 p.m.

Bruka Theatre is performing Wishing as part of their theater for children series. The play is an adaptation of Mother Hulda, by the Brothers Grimm. Showtimes are 11 a.m. and 1 p.m. Tickets are $5 for kids under 12 and $10 for everyone else.

Five events: Axes, drag and Kenny Wayne Shepherd (but not...

Sierra School of Performing Arts presents Into the Woods in...