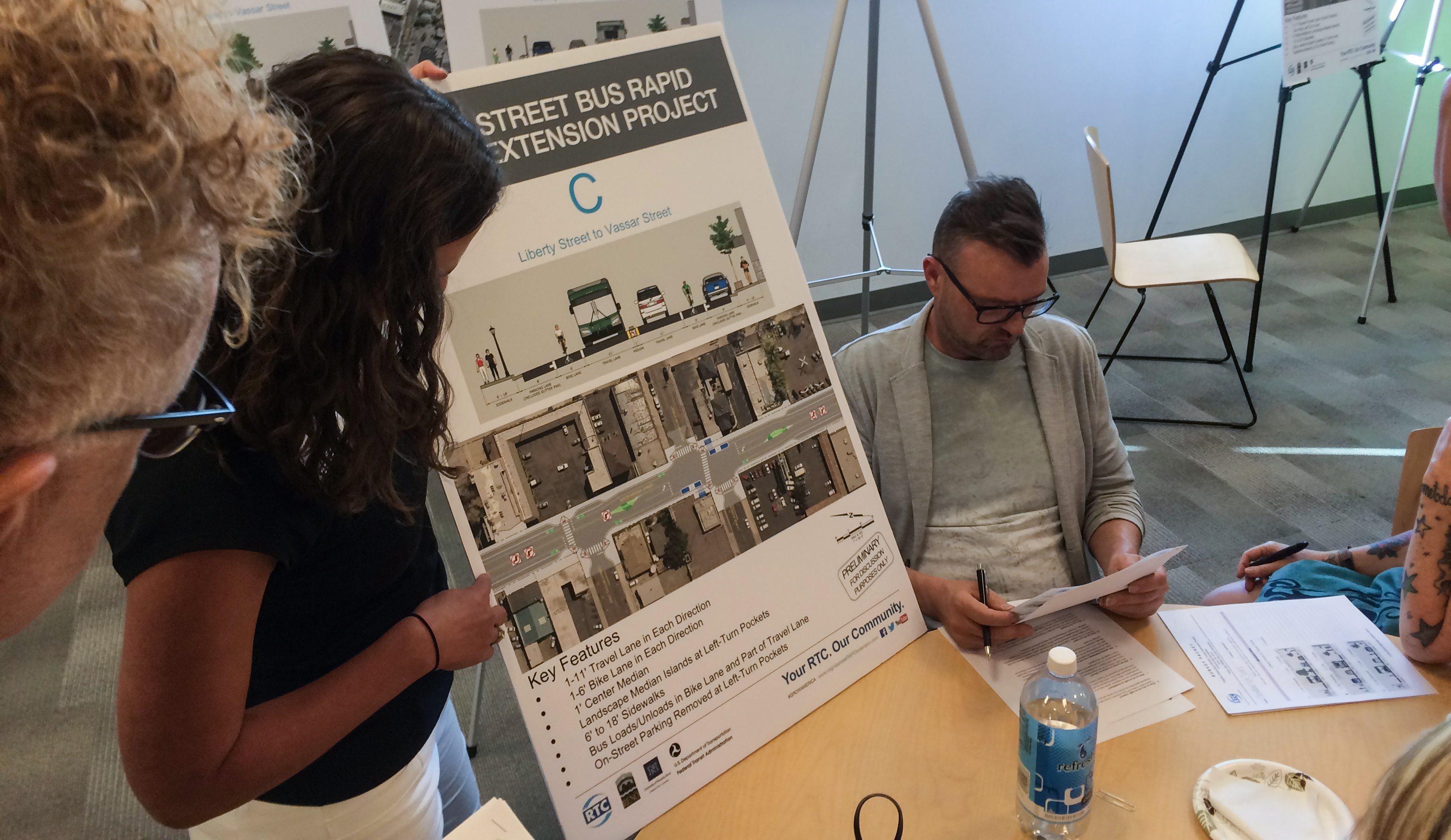 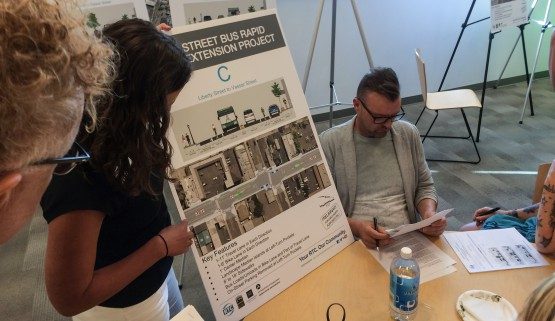 The end result of Midtown’s Virginia Street’s new designs is going to make some folks unhappy.

Portions of the street are limited by a fixed, narrow width, which means those advocating for bike traffic in the form of separate bike lanes are competing with those who would rather have vehicle parking and the ability to make left-hand turns on Virginia Street.

“Businesses rank wide sidewalks and parking as top considerations,” said the Regional Transportation Commission’s Senior Engineer Howard Riedl at a public workshop held Thursday at the Discovery Museum. “There are competing needs and we want input on that.”

To date, Riedl said, the existing design alternatives were chosen based on more than 150 comments received since the last meeting in April.

There’s only so much space, and buildings will not be torn down, he added.

RTC is soliciting for more public comments and input via an online survey. The survey, however, combines both the Midtown District designs and Virginia Street designs along UNR, which means those taking the survey are prompted to rank both sets of design alternatives.

Based on comments and survey results, Riedl said that the next step would be to present a design to the Reno City Council.