PHOTO GALLERY: Reno Has A New Beer Mecca In IMBĪB 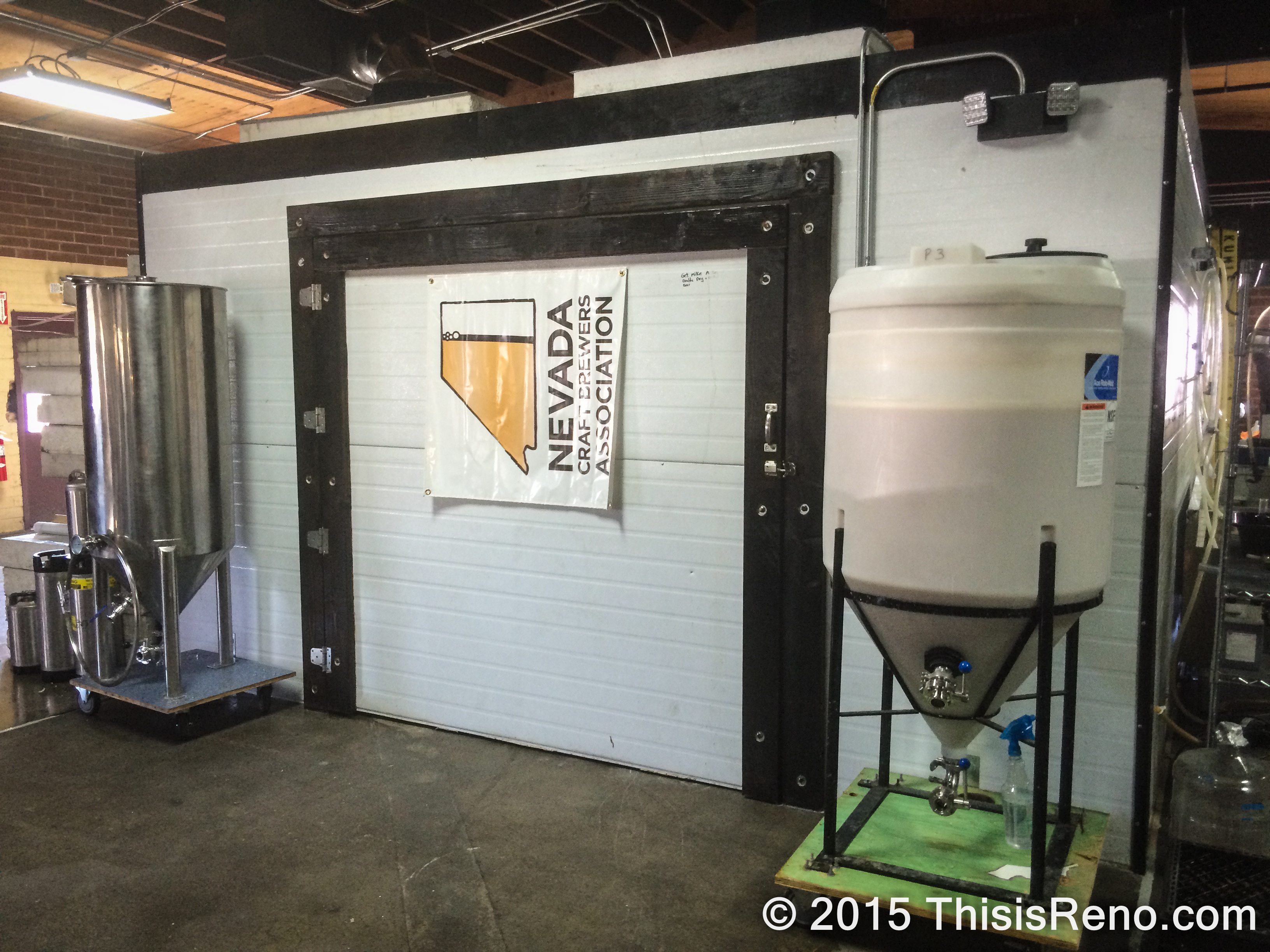 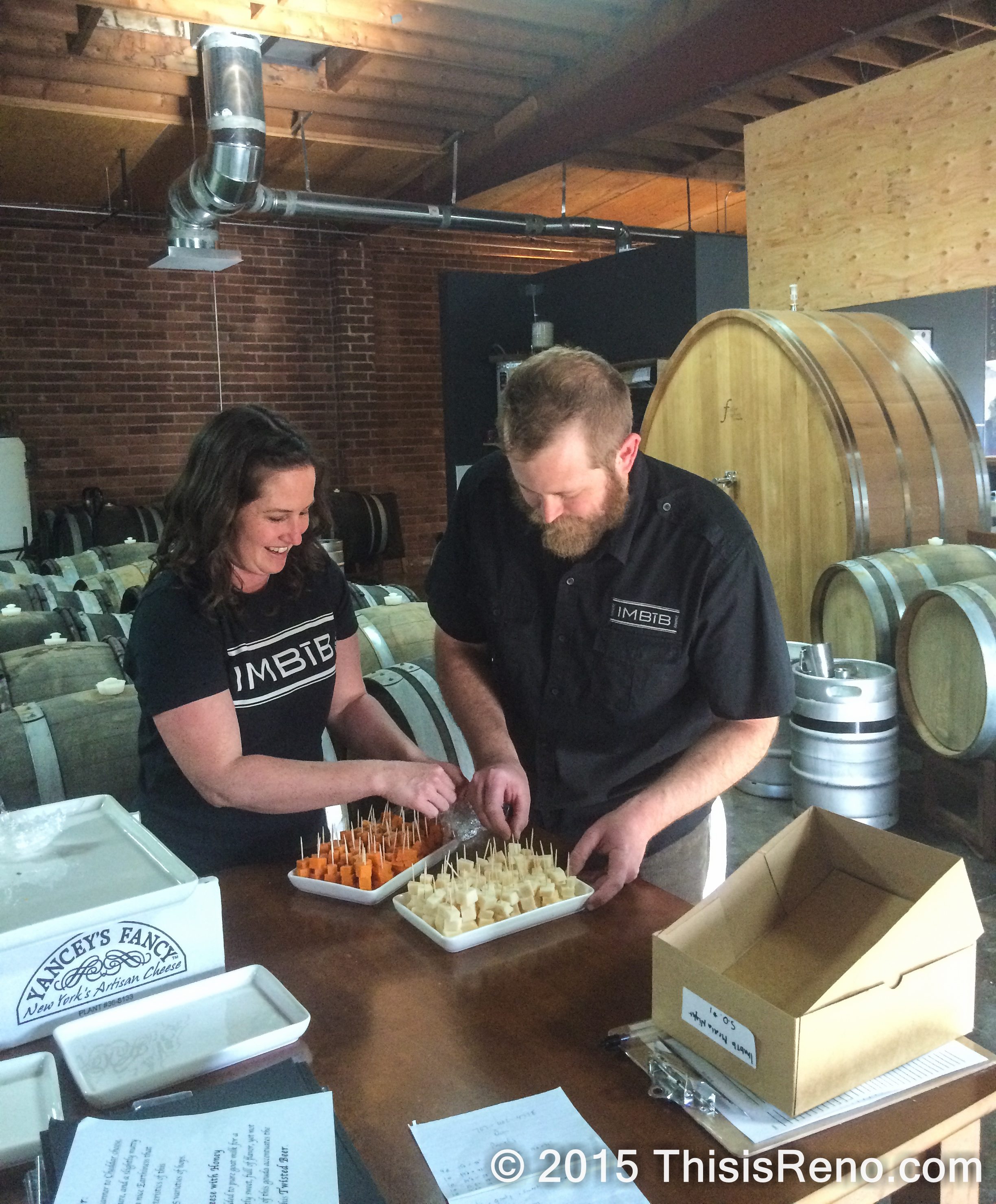 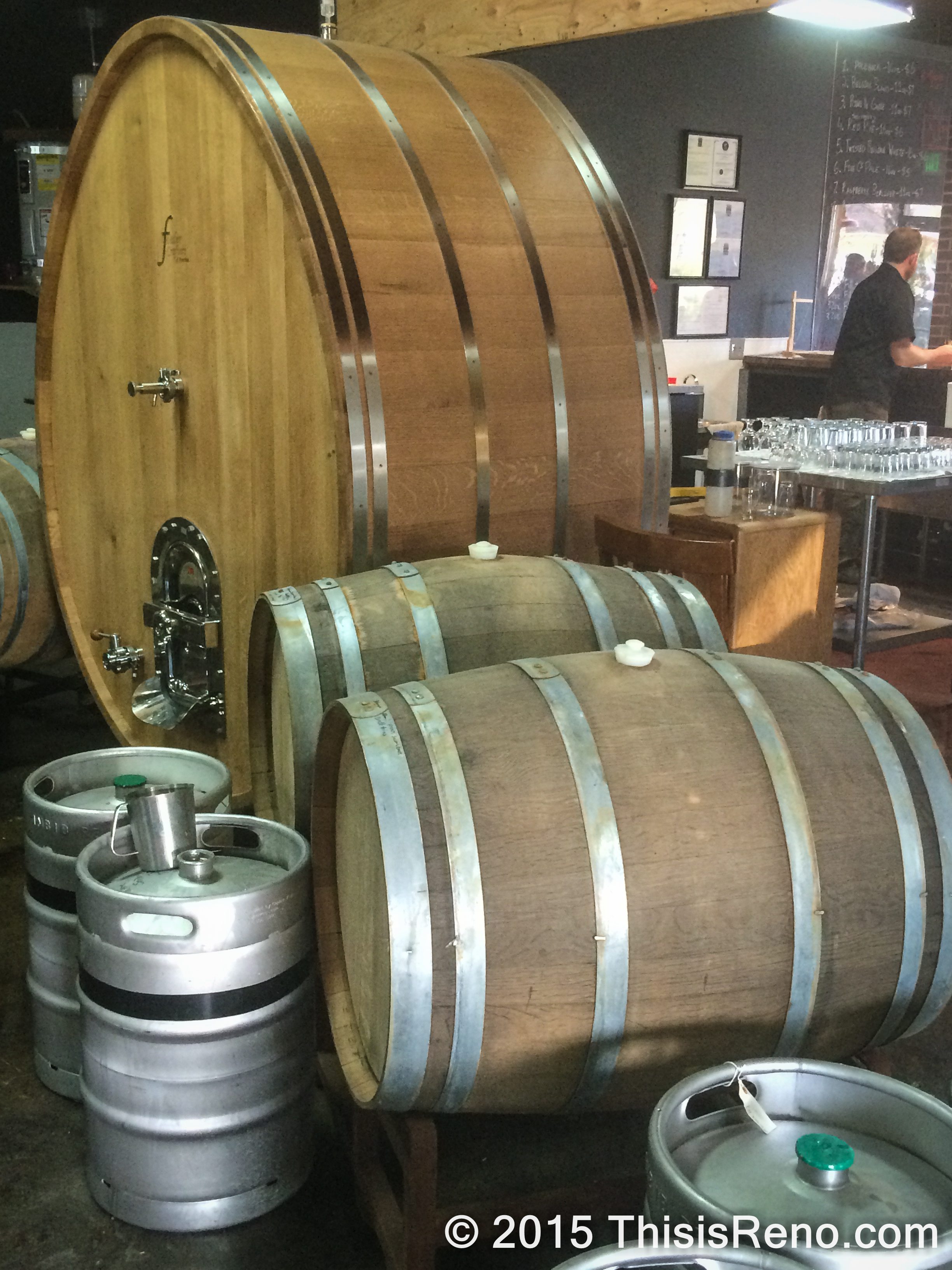 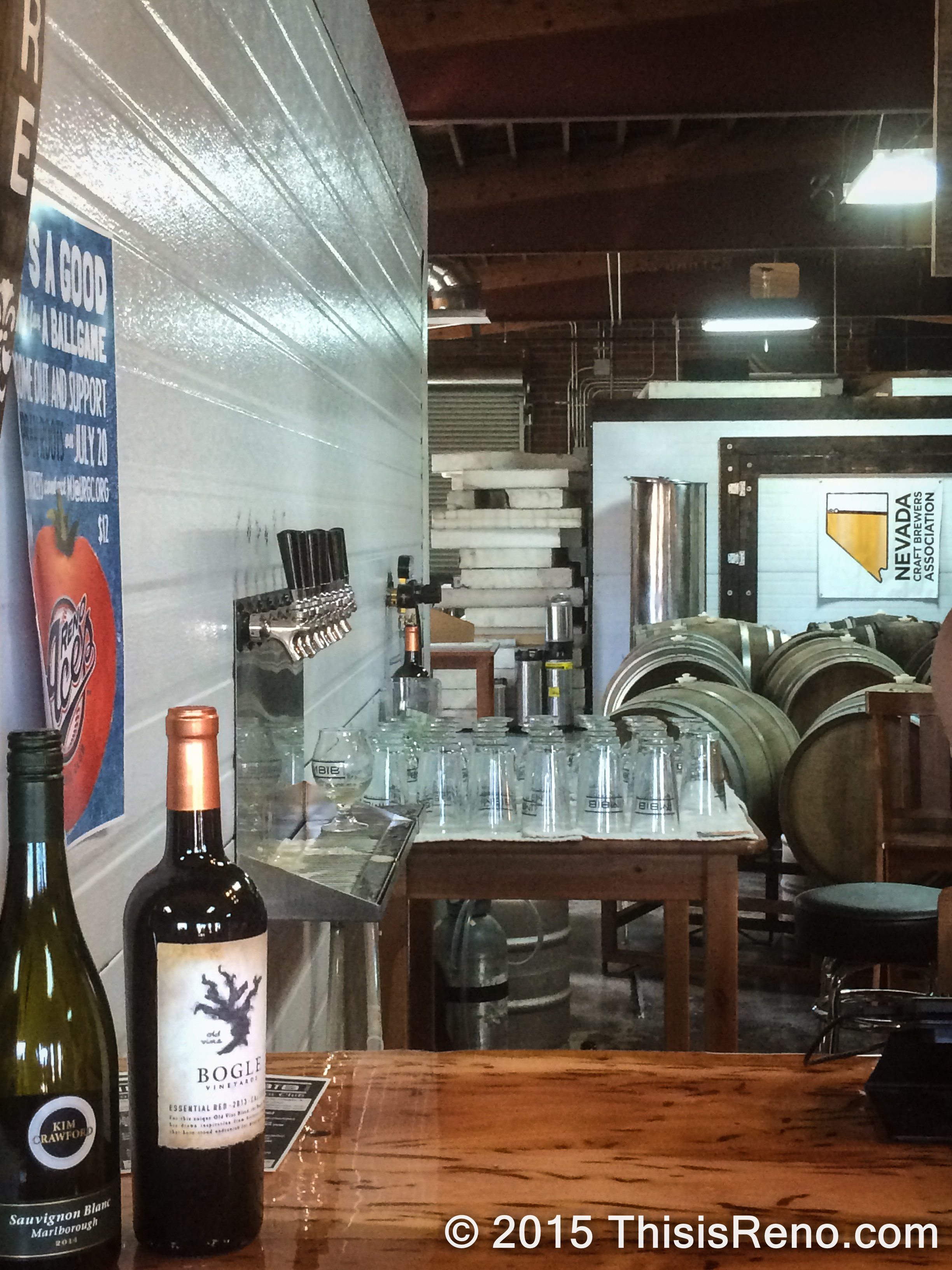 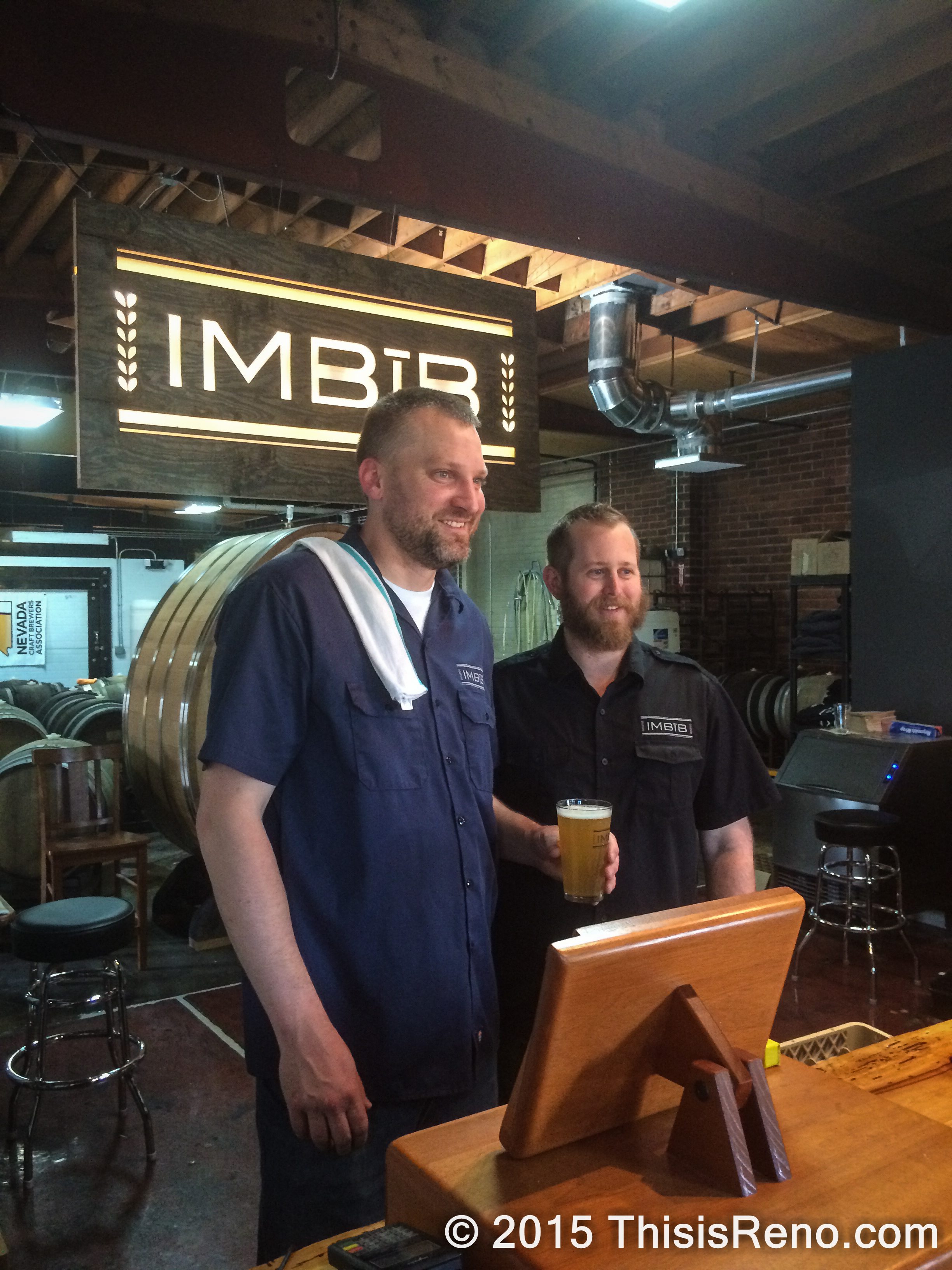 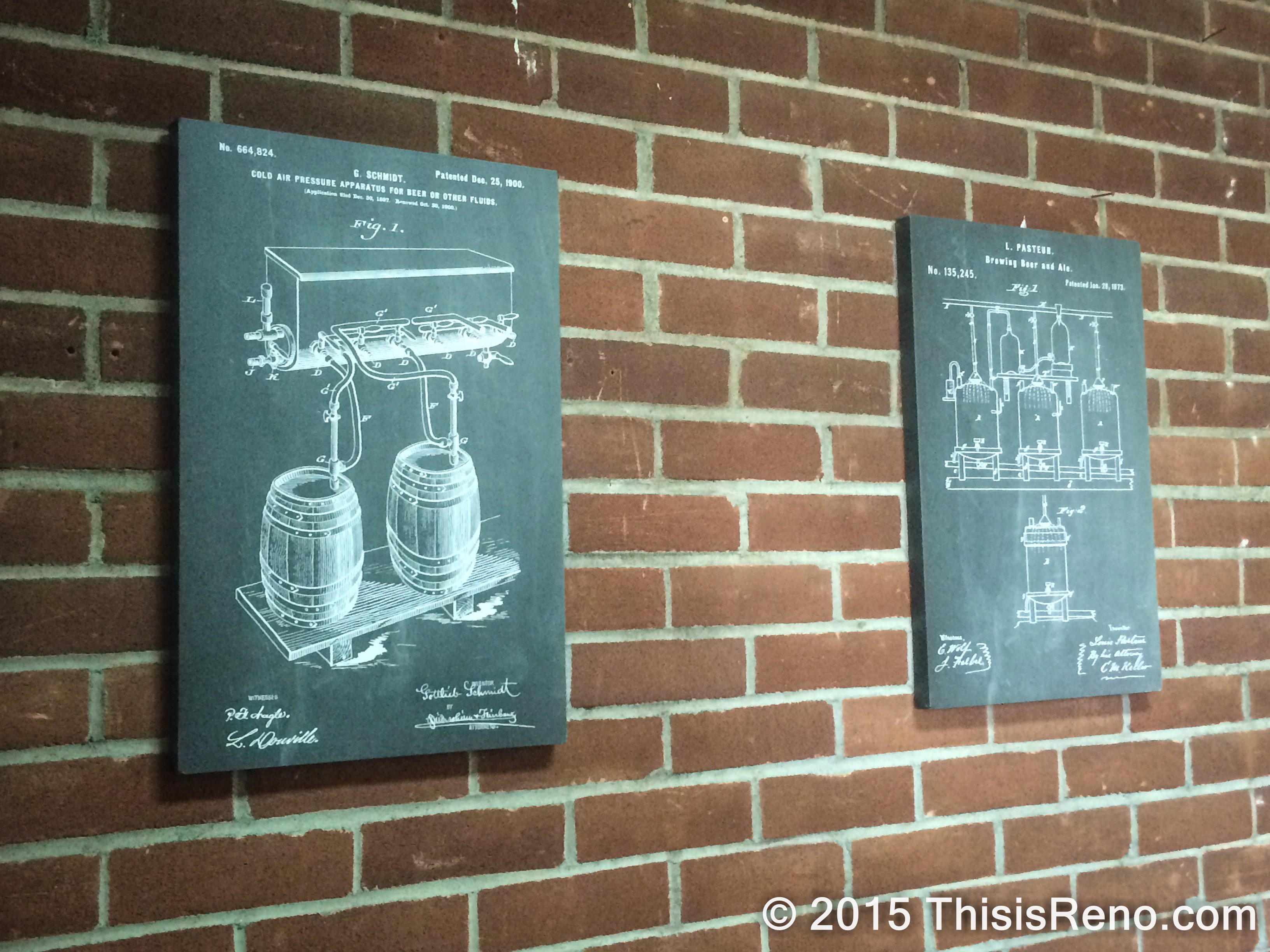 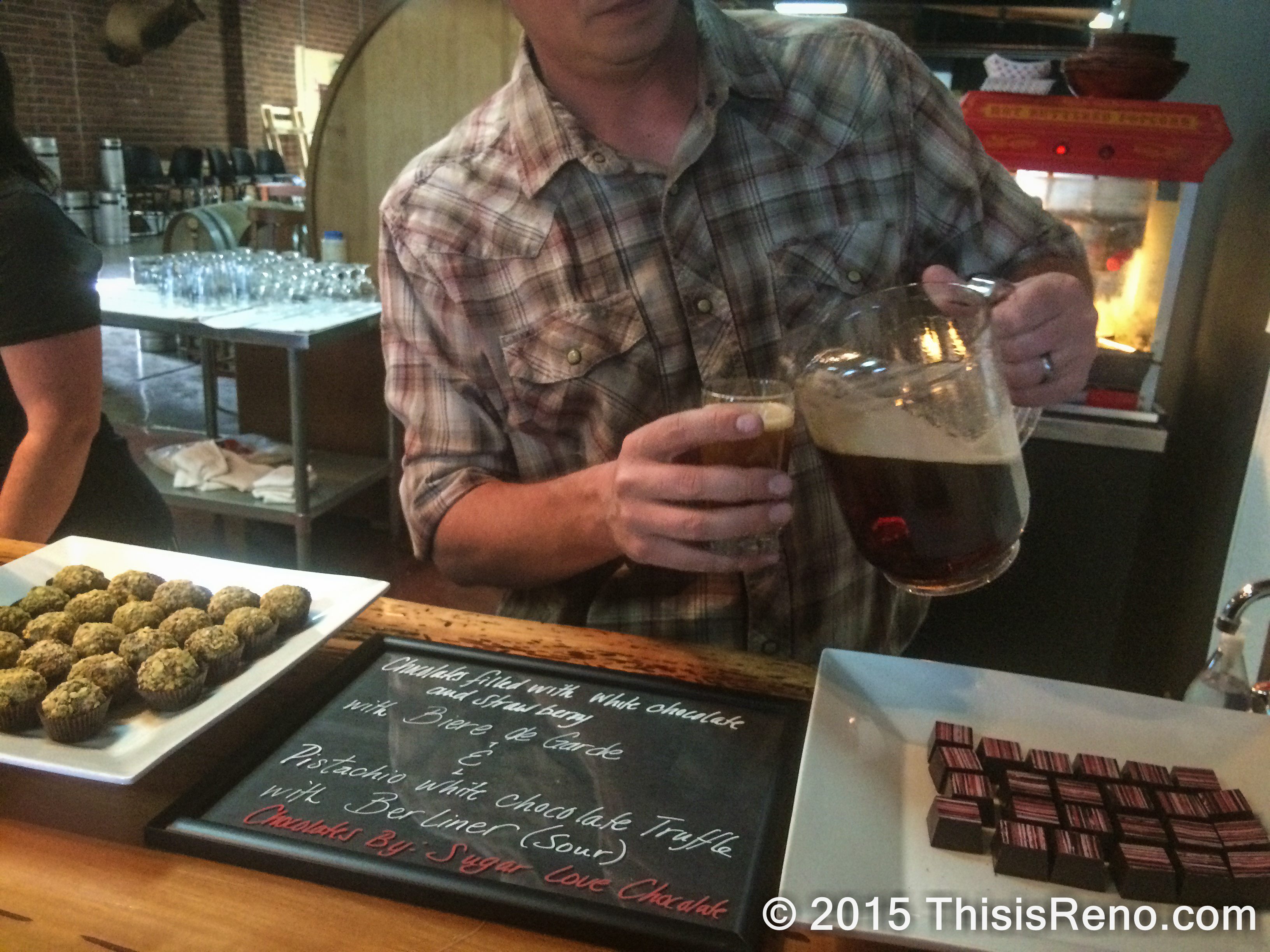 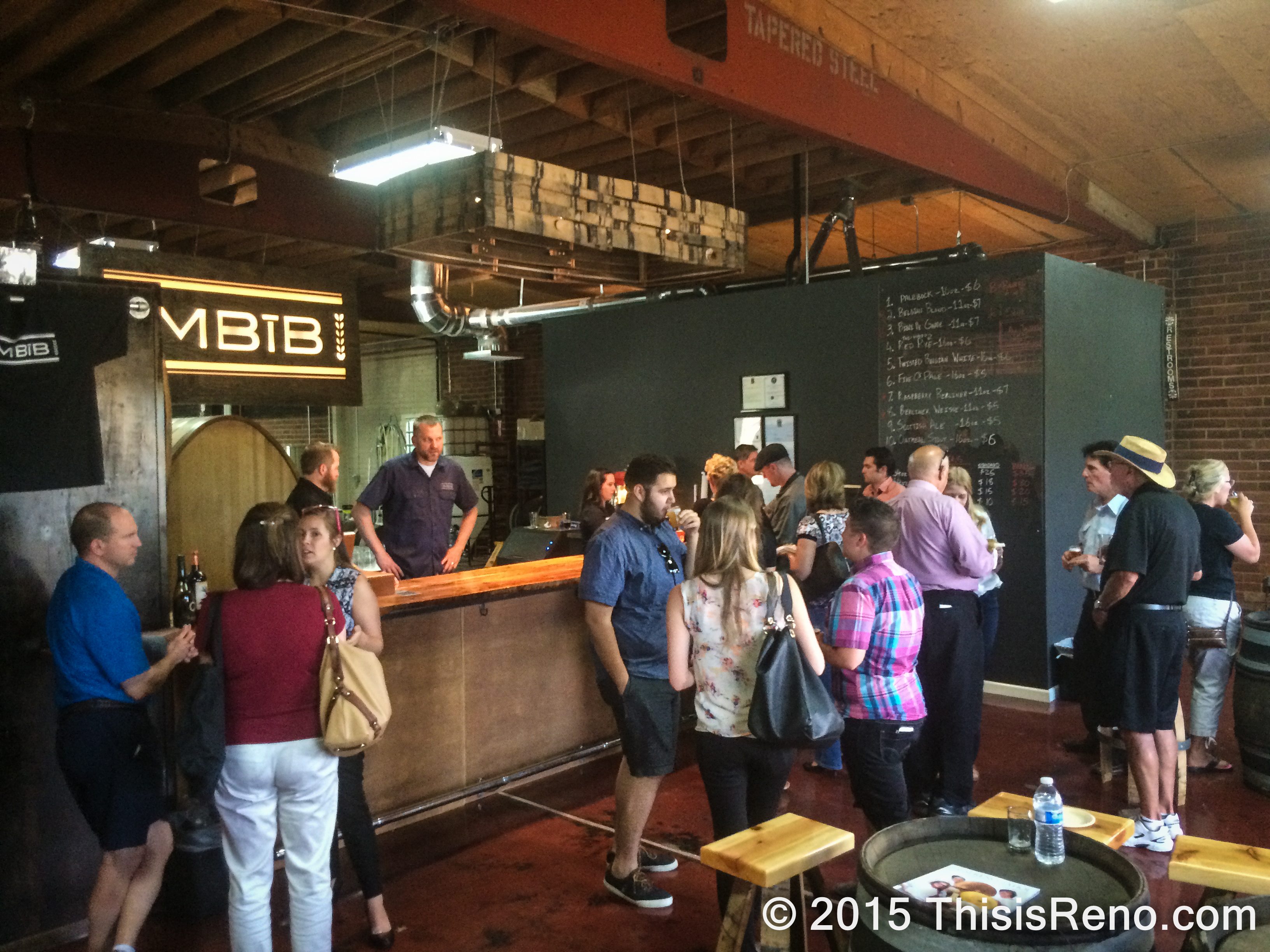 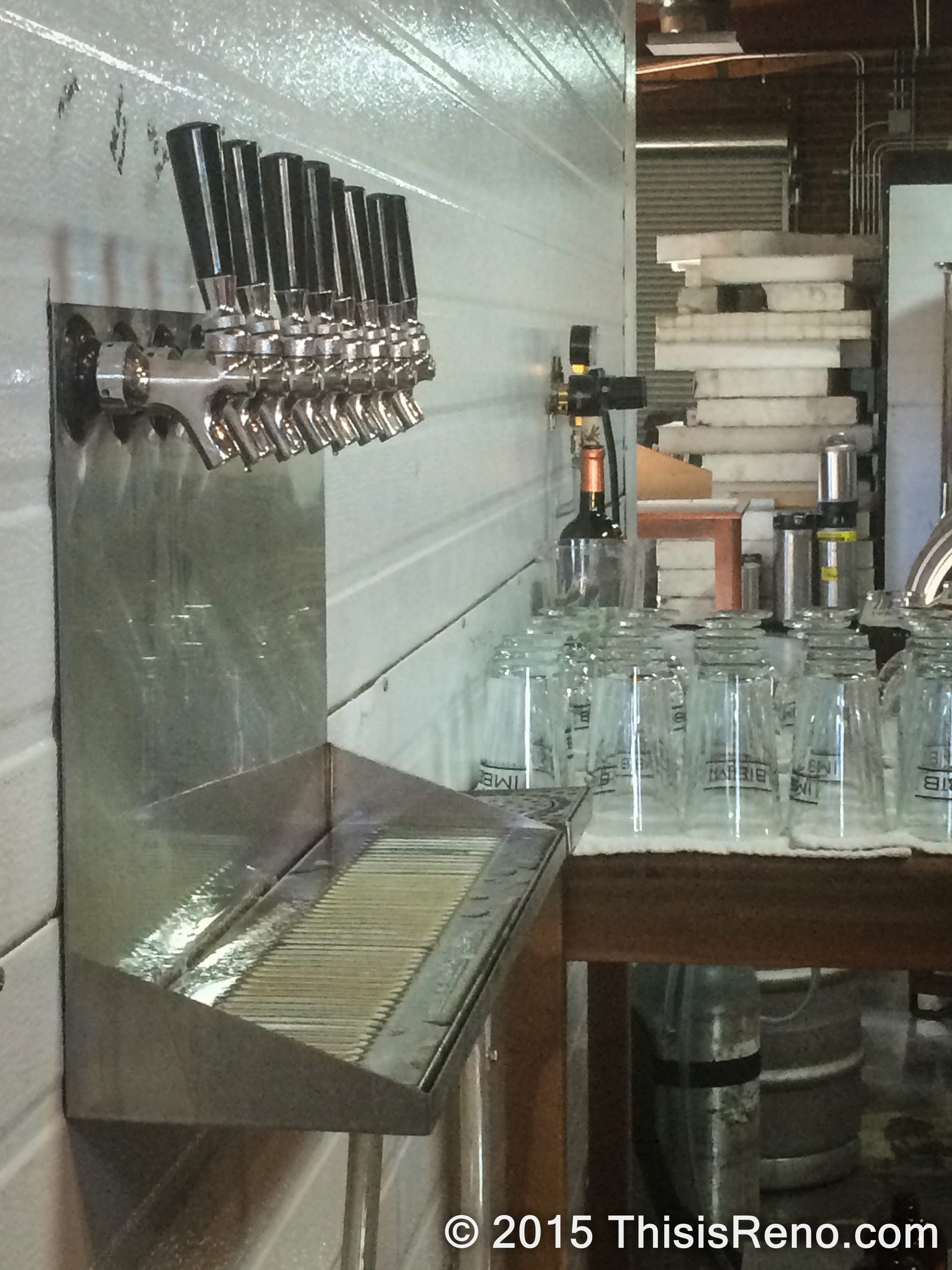 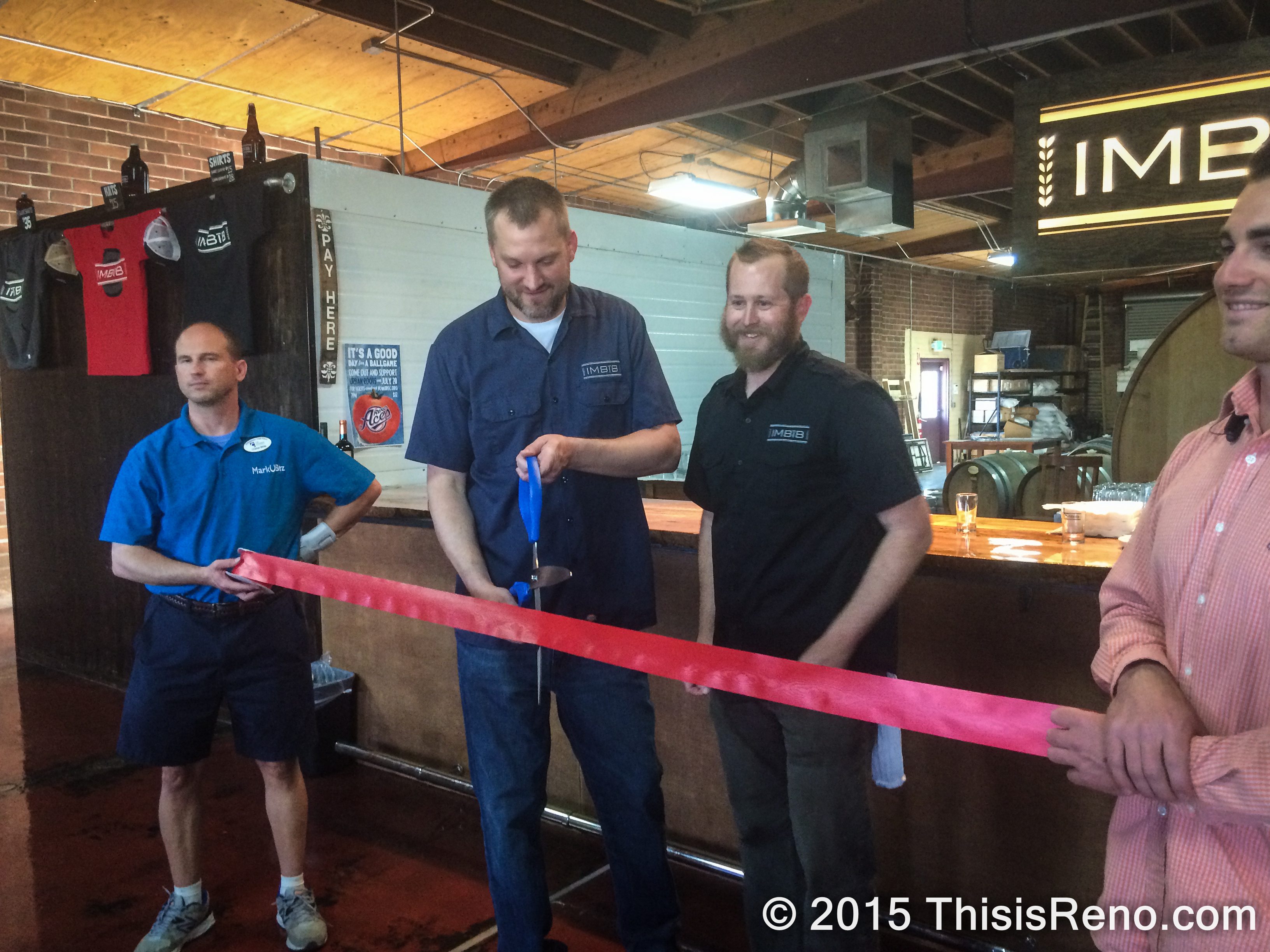 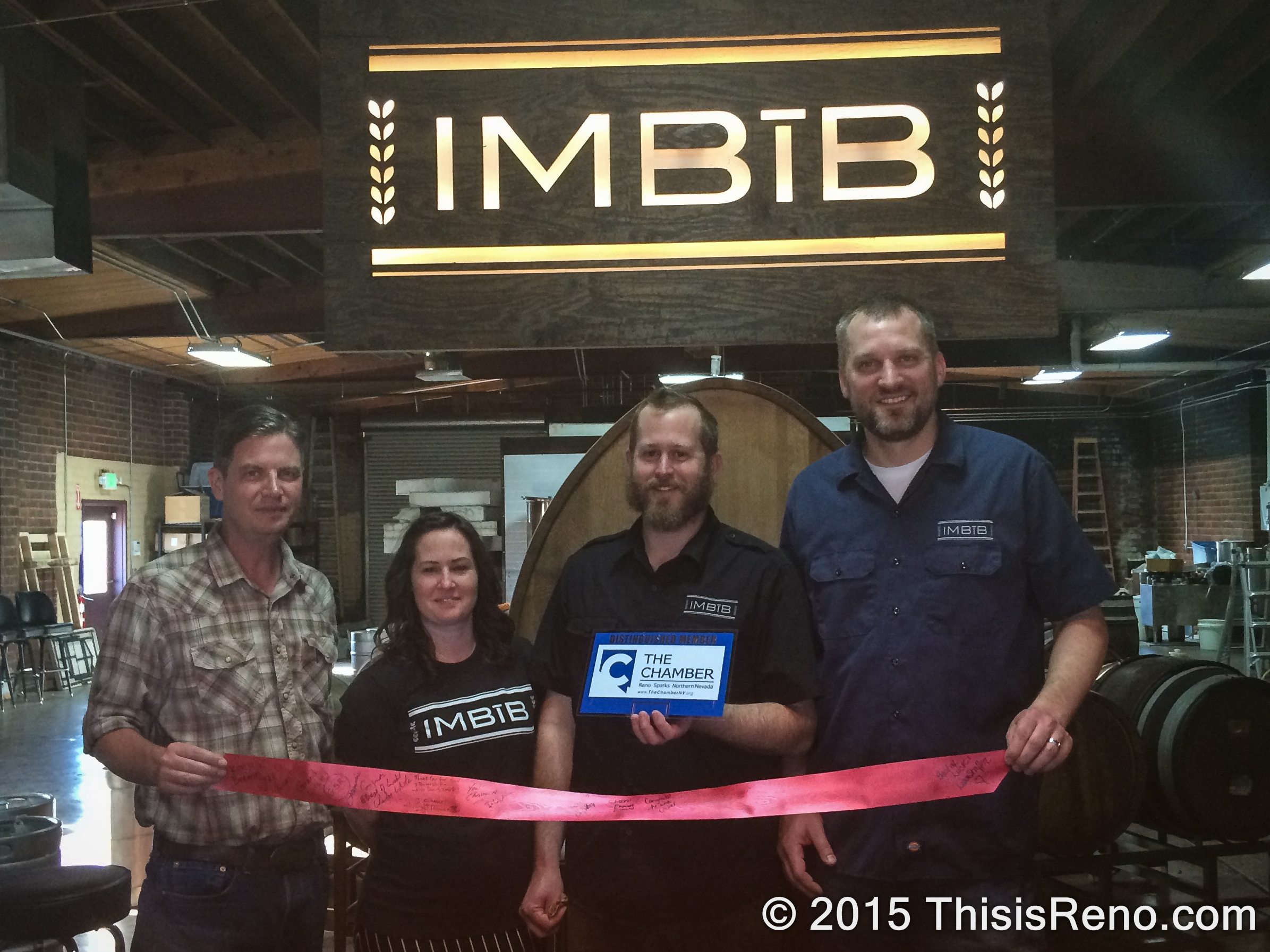 IMBĪB Custom Brews is something of a hidden gem. Situated on Locust Street and 2nd Street, it’s in a sparsely commercialized stretch of blocks that are, honestly, kind of eh. The outside of the brewery is minimalist in its décor. This is a place you could drive by a hundred times and not know it was there.

And then you step inside. For any beer-lovers, industrial décor enthusiasts, and generally, anyone with a soul, you have entered Shambhala.

From the stools held up with old barrel stave legs and equally vintage metal hooping to the glossy wood counter that was cut and polished from a single trunk to the blackboard painted wall next to the bar where we could observe our tasting menu for the night, this place was almost spiritual in its reverence for beer.

At our tasting we had beer fermented in old Chardonnay barrels from vineyards, oak barrels, using this acid and that, different bacteria, and in one case a beer made using pounds and pounds of apricots that was simply delicious. Paired with fine cheeses and chocolates from local businesses – the chocolatier I was told would be setting up shop in the post office upon the completion of its renovation – a better tasting you would be hard pressed to find.

Matt Johnson, one of IMBĪB Custom Brews founders and co-owners, framed it like this:

We are a small batch brewery that is dedicated to serving only excellent beers which is why we take our time to determine when certain brews are ready to pour. With our focus on blending, we wait for the beer to tell us when it’s ready rather that push it out too quickly.

The Chamber of Commerce Ambassadors correctly waited until enough beer had been imbibed (see what I did there?) to hand over the giant scissors for the official ribbon cutting, with our beer gurus Matt Johnson, his wife Lee, Bart Blank, and Urban Roots’ Executive Director Jeff Bryant (on hand to pour in a volunteer capacity), framed in a halo of cell phone flash photography by the loyal mob of affectionados they had won over with sample after sample of hoppy goodness.

And with some well known names in the community singing nothing but praise for the team, it’s not hard to see why they will be off to a running start. Nathan Daniel, Executive Director of the nonprofit Truckee Meadows Parks Foundation, was an attendee and early backer for IMBĪB. He had this to say:

Since day one, these guys at IMBĪB have been helping Truckee Meadows Parks Foundation further our mission of supporting our parks. We hold quarterly member appreciation events and IMBĪB always is there for us when it comes to providing amazing and unique beer selection. Our members are always impressed with the product IMBĪB creates and we love the fact that they help us raise awareness and appreciation of our parks.

It’s worth noting that both Matt and Lee were environmental science majors which Lee now teaches at a high school level.

Jeff Bryant of Urban Roots was equally forthcoming when he said:

It’s great to see IMBĪB open their doors to the public. They have a progressive business model that truly engages their clientele and they have invested in the community by supporting various nonprofit causes. Businesses like IMBĪB make Reno a special place with a high ceiling for achievement.

He added, “On top of their business model, they’re damn fine brewers too.”

IMBĪB will have a series of programs that will hopefully create a new generation of home brewers. Matt says it better, “We want to engage people in new ways which is why we offer formal and non-formal educational experiences from sensory tasting for ladies to brewing basics to Beer Judge certification programs. We also offer a Collaborator Club where members get to participate in deciding what styles we produce.”

The Collaborator Club will have a Partner Level which will get you 1 gallon per month, a 15% discount, and first rights to all exclusive beers. The Advisor Level with get you half a gallon a month, 10% off merch, and second rights. Friend Level will get access to their newsletter, an ear to the ground on all their releases, and third rights to exclusive beers.

You can find out more about Matt, Bart, and Lee and most importantly their beer online: www.imbibreno.com. To register for their Collaborator Club email [email protected]