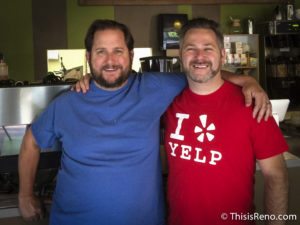 Yelp welcomed the long days of summer with its Summer SOULstice Sun Salutation Celebration. The early morning salute to sunshine was hosted by The Jungle cafe and barroom on West First Street in the Riverfront District.

In true coffeehouse fashion the event started bright and early today at 6 am running through 9 am with plenty of caffeine to go around.

Partnered with Yelp Reno, which organized the event, and the Food Bank of Northern Nevada, it was a fun way to start the day for the locals that participated.

“We loved being part of the Summer Soulstice today at The Jungle with Yelp,” said Jocelyn Lantrip, marketing director for the Food Bank of Northern Nevada (FBNN). “Whenever you can get so many business and community members together for a cause, it’s a win-win for everyone involved.” 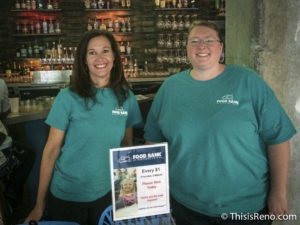 Goodie bags of Yelp-branded merchandise were on hand for anyone that checked in to the event via Yelp and donated to FBNN.

Finger food and live music was provided by The Jungle and The Reno Swing Set respectively.

“Yelp’s Summer SOULstice event is here to shed some light on great events and local businesses that get will you into swing of Summer,” said Mi 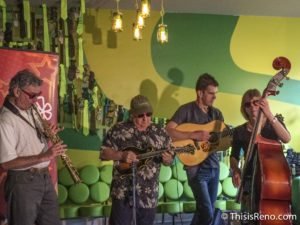 Northern Nevada is capitalizing on this amazing natural phenomenon too, with amazing events, including the Food Bank of Northern Nevada’s Together We Can Solve Hunger Concert Presented by Scheels, The Great Eldorado Blues, Brews, and BBQ Festival, and Virginia City’s Taste of the Comstock and Yelp Reno is getting you hooked up to all of them, plus a whole host of other great local businesses like The Reno Swing Set, The Jungle, Butcher Boy Meats Coldstone Creamery, SouthCreek Pizza Co. and more.