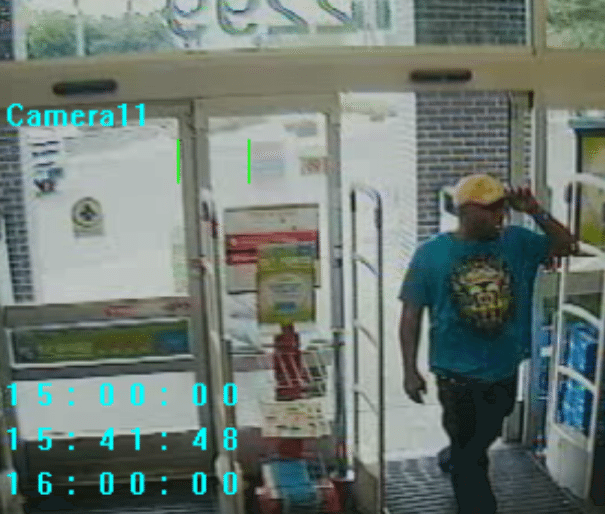 On June 18, officers responded to a robbery in the 2000 block of Cannon Street, where a father, daughter, and family friend had been bound and held at gunpoint inside the home. The suspect stole property and sexually assaulted the child, setting a fire in the kitchen before fleeing the scene. Using DNA evidence, officers arrested Timothy Randell on the following charges: three counts of attempted murder, three counts of first degree kidnapping, five counts of sexual assault, two counts of battery to commit robbery, one count of battery to commit sexual assault, three counts of robbery with a deadly weapon, burglary, first degree arson, three counts of assault with a deadly weapon, and discharge of a firearm into an occupied structure.

Reno Police are seeking the public’s help in a one-year-old case: On Aug. 29, 2014 at 1:30 a.m. officers responded to the Ponderosa Motel, 515 S. Virginia Street, after receiving report of a stabbing. Officers found a male victim with a stab wound to the chest near the front entrance of the hotel. Life saving measures were attempted but the victim, Richard LeBarron, succumbed to his injuries. Over the last several months, detectives have reviewed security surveillance and interviewed several witnesses. The suspect was positively identified and already in custody on unrelated charges. Reno Police interviewed the defendant who admitted to the crime. Twenty-seven year old Reno resident Johnathan Mingo was charged with one count of open murder. The public is asked to call Secret Witness at 775-322-4900 if they have any other information relating to the case.

An unidentified black male adult made three separate transactions using stolen credit card information. The suspect made purchases at the Kmart at 2125 Oddie Blvd, Walgreen’s at 2299 Oddie Blvd, and an unidentified 7-11. All transactions occurred within hours of each other. The victim resides in another state and had her personal credit card in her possession at the time the suspect presumably used a counterfeit credit card containing her credit card number. The total loss amounted to over $600. See photo for surveillance video of the suspect.

Shortly before 2 a.m. on Sunday, officers responded a report of a man with a gun at the Silver Legacy. Officers approached the man who presented a handgun and was shot by officers. The victim/suspect was transported to a local hospital but his condition is not known at this time. No officers were injured in the confrontation. Because of the nature of the incident, officer-involved shooting protocol was put into place and Sparks Police Department will be handling the case. Read an update to the case at Reno Gazette Journal. http://www.rgj.com/story/news/crime/2015/06/23/man-idd-arrested-officer-involved-shooting/29157281/

Latrell Speech was arrested for possession of credit cards, possession of a forged instrument, and a revoked driver’s license on North Wells Avenue.
Monday June 22, 2015

Robert Chandler was arrested on charges of assault with a deadly weapon (box cutter), possession of a controlled substance (meth), and possession of drug paraphernalia on North Virginia Street.

Holly Anne Feflie, Christopher Mangas and Justin D Taylor were arrested on Wednesday in relation to a May vehicle robbery in Lemmon Valley. All three were charged with first degree kidnapping and robbery with a deadly weapon.

Around 12:30 p.m. on Wednesday, officers responded to a report of a suspect with a knife at the McDonalds on Sun Valley Blvd. and First Ave. Kyle Cassaday was arrested and is expected to be charged with felony charges of resisting a public officer with the use of a deadly weapon, assault on a peace officer and three counts of assault with a deadly weapon. When Cassaday was taken into custody, it was discovered he had stabbed himself in several places. He was treated for his injuries at a local hospital.

Eliza Manildi was arrested on charges of battery, possession of a controlled substance, and trespassing on West Second Street.

A suspect entered a store on South Virginia Street and stimulated having a weapon, demanding money from the register. The suspect fled with an undisclosed amount of money. The suspect is described as a white male adult, unknown age, 5’7”, thin build, and was last seen wearing a red and gray shoulder length wig and a green construction-type vest.