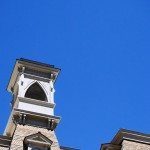 Fill out a public records request with the University of Nevada, Reno, and you may be in for sticker shock.

After two separate sources tipped us off to a potential story about UNR, ThisisReno filed a request for public records.

UNR’s response was obstinate. UNR attorney Bryan Wright wrote back a five-page response citing various reasons why our request would amount to nearly $1,300. The reason, he said, is that the records may, “in some cases,” have to have personal information redacted. While two digital databases were provided by UNR free of charge, most of the rest, Wright said, may have to be redacted, amounting to copying fees and personnel time.

“The University estimates that it possesses 4,500 responsive records relating to this project,” Wright wrote about one set of records requested. “The University further estimates that it will take 12 hours to locate, retrieve, compile, review for and redact confidential information, and copy the requested records, at an hourly rate of $24.84,” he added in one instance.

Indeed, the hourly charges were pre-empted on UNR’s public records webpage, which said:

The problem is that the hourly fee for public records was eliminated by the 2013 Legislature; instead, if the time to gather the public records was deemed extraordinary, the agency could then charge up to $.50 per page. According to the Nevada Public Records Act manual,

I notified Wright of the 2013 changes, which had not been reflected on UNR’s public records webpage, nor its public records request form, despite NSHE institutions adopting in 2014 a public records policy that appears more in line with the Nevada Public Records Act.

Never mind, he said, as the fees would still be high as UNR would be charging up to $.50 per page. Moreover, he wrote:

“Although your email suggests that NSHE’s policy is somehow inconsistent with the practice by other state agencies’, a review of policies available from other governmental entities shows similar fee structures. See e.g., Office of the Nevada Attorney General, Public Record Request Policy and Procedure (“The fees charged for staff time may not exceed $.50 per page.”); Office of the State Treasurer, Public Record Request Policy (‘The standard fee charged by the STO is $19 per hour, or 50 cents per page, whichever is less.). Indeed, the policies of the Department of Corrections, Department of Transportation, and Secretary of State, for example, all expressly contemplate that the fee charged under NRS 239.055 for the extraordinary use of personnel resources will be based upon the hourly rate(s) of staff responding to the extraordinary request.”

In other words, it’s okay for UNR’s public records page to erroneously cite hourly charges for public records requests because other agencies have the same, or a similar, policy.

Except each is wrong. I called the Nevada Attorney General’s office and spoke with Communications Director Patty Cafferata.

She said: “We are revising our website. The bottom line is you can only charge $.50 per page. The fact is nobody gets printed material anyway (because it’s all electronic).”

I also called NDOT and spoke with Public Information Officer Meg Ragonese. She said that their policy was indeed out of date, from 2012, and had just updated it.

I also called UNLV. Their public records officer said they would not charge for personnel time and typically don’t charge anything for public records.

Another state agency has an up-to-date public records fee schedule — the Nevada Department of Agriculture. I know because I wrote it.

I asked Barry Smith of the Nevada Press Association about what UNR’s posted polices said. His response:

Sure enough, after multiple go-arounds with UNR’s attorney, the institution is no longer claiming it will charge you for personnel time for records you are entitled to inspect by law.

As far as those requested records: Without a $1,300 up-front payment to UNR, they aren’t so public after all.