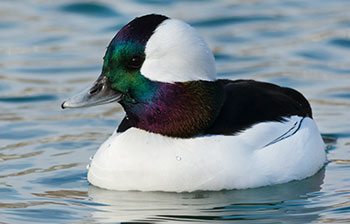 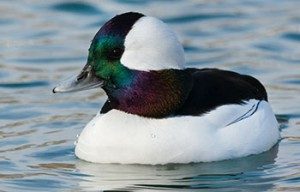 The Nevada Waterfowl Association (NWA) has selected the Bufflehead as the species for this year’s Nevada Duck Stamp Art Contest.

The contest is sanctioned by the Nevada Board of Wildlife Commissioners (NBWC), with the winning artwork to be featured on the 2016-2017 state stamp.

All interested artists are encouraged to enter the contest, whether residing in Nevada or elsewhere. Entries must be an original creation, in any drawing medium and must be received by the Nevada Department of Wildlife (NDOW) no later than October 16, 2015. Contest rules are available on the NDOW website at ndow.org, or by calling (775) 688-1998 for more information.

The name Bufflehead refers to its large bulbous shaped head. This is most noticeable when the male puffs out the feathers on the head, which greatly increases the apparent size.

Entries will be judged by seven individuals, including two members of the NBWC and five others as appointed by the NWA. The names of the top ten finalists will be announced by NDOW on November 16, 2015.