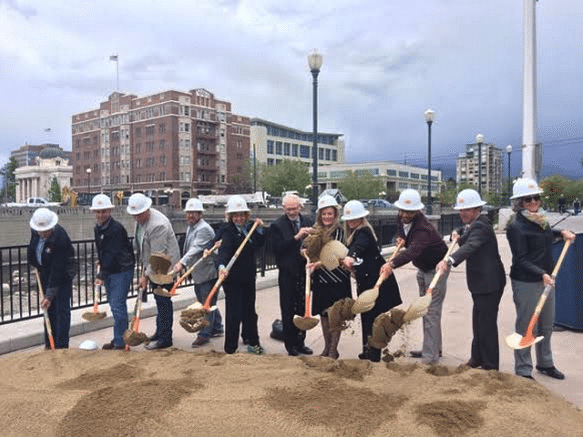 The bridge is being replaced to better safeguard against floods such as the ones that occurred in 1997 and 2005. It is estimated that construction will take a year, kicking off in June and formally ending in May of 2016 with a ribbon cutting ceremony.

The bridge section of Virginia Street will be closed for construction, but temporary detours will be made for vehicular, pedestrian and bike traffic with the pedestrian and vehicular detour routes wrapping around from Center Street to Sierra Street and the bicycle detour running from Sinclair street to Arlington Avenue.

Sound curtains and protective barriers will be erected to protect businesses from sound pollution and minimize the impact on local merchants.

The completed bridge will host a rejuvenated space for locals to enjoy abbutting the river, LED lights illuminating the bridge and riverwalk, and an expanded pedestrian walkway, as well as a new river access point at 10 North Virginia Plaza, complimented with art.

The Virginia Street Project was a partnership between the City of Reno, the Truckee River Flood Management Authority, the U.S. Army Corps of Engineers and the Federal Highway Administration with construction being done by Q&D Construction of Sparks.