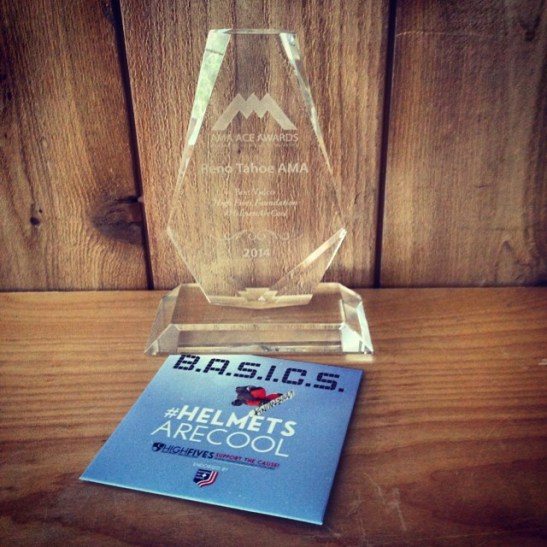 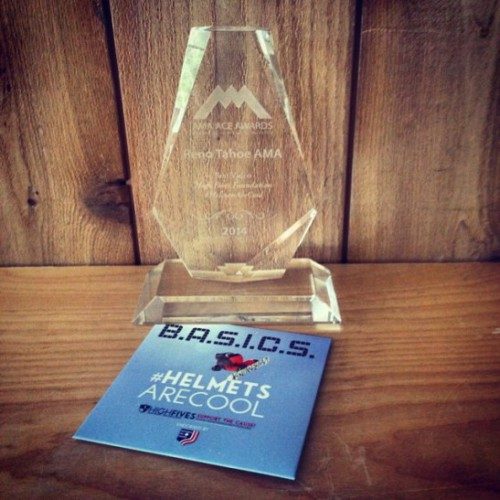 In 2012 the Reno-Tahoe American Marketing Association re-branded its annual Ace Awards event, which recognizes excellence in local marketing, by changing the awards nomination process (see how you can nominate for this year’s competition below).

It moved from a pay-to-play format to a community crowd-sourced effort to ensure that all local agencies, businesses, and organizations could be included.

Not only was this change meant to expand the universe of potential submissions, but it was also fundamentally reflective of two larger shifts happening within the economy:

Through this process of crowd-sourcing, the Reno-Tahoe AMA has been able to collect a strong sampling of all the wonderful work being done from within the community that might not otherwise be seen. In 2014, for example, large companies like International Game Technology won a Reno-Tahoe AMA Ace award for “Best Re-Brand,” local non-profits like the High Fives Foundation won “Best Video” for their #Helmetsarecool video, and small businesses like The Abbi Agency and the Biggest Little Group won awards for “Best in Public Relations.”

TEDxUniversityofNevada won for “Best Event,” the Nevada Center for Entreprenuership won an award for its direct marketing efforts, the Nevada DMV was recognized for their mobile app, and Out&About Marketing won a social media award for its campaign with Truckee Donner Chamber of Commerce relating to the #TruckeeMoments campaign, among others.

Through the process of collecting nominations, obtaining full info from finalists, and judging based upon results, the whole event became a learning process about marketing effectiveness, not only for the judges, but the event attendees. That’s why the Reno-Tahoe AMA is looking to find great examples of marketing that have not only caught your attention, but were effective at the objectives they set out to accomplish over the past year.

Now in its fourth year, the local AMA chapter is seeing great traction with the awards nomination process, which will end this Thursday at midnight. The 2015 Ace Awards award categories as “Best Brand/Re-Brand,” “Best in Cause-Related Marketing,” “Best in Direct Marketing,” “Best Event Promotion,” “Best Integrated Marketing Strategy,” “Best in Mobile,” “Best Non-Local Promotion,” “Best in Print,” “Best in Public Relations,” “Best in Social Media,” “Best Video/Film/Commercial,” “Best in Web and Digital,” “Best Non-Local Promotion,” and more. Full information about the Ace Awards including award descriptions, event timelines, and how to submit a nomination are available on the Reno-Tahoe AMA website at Renoama.com.