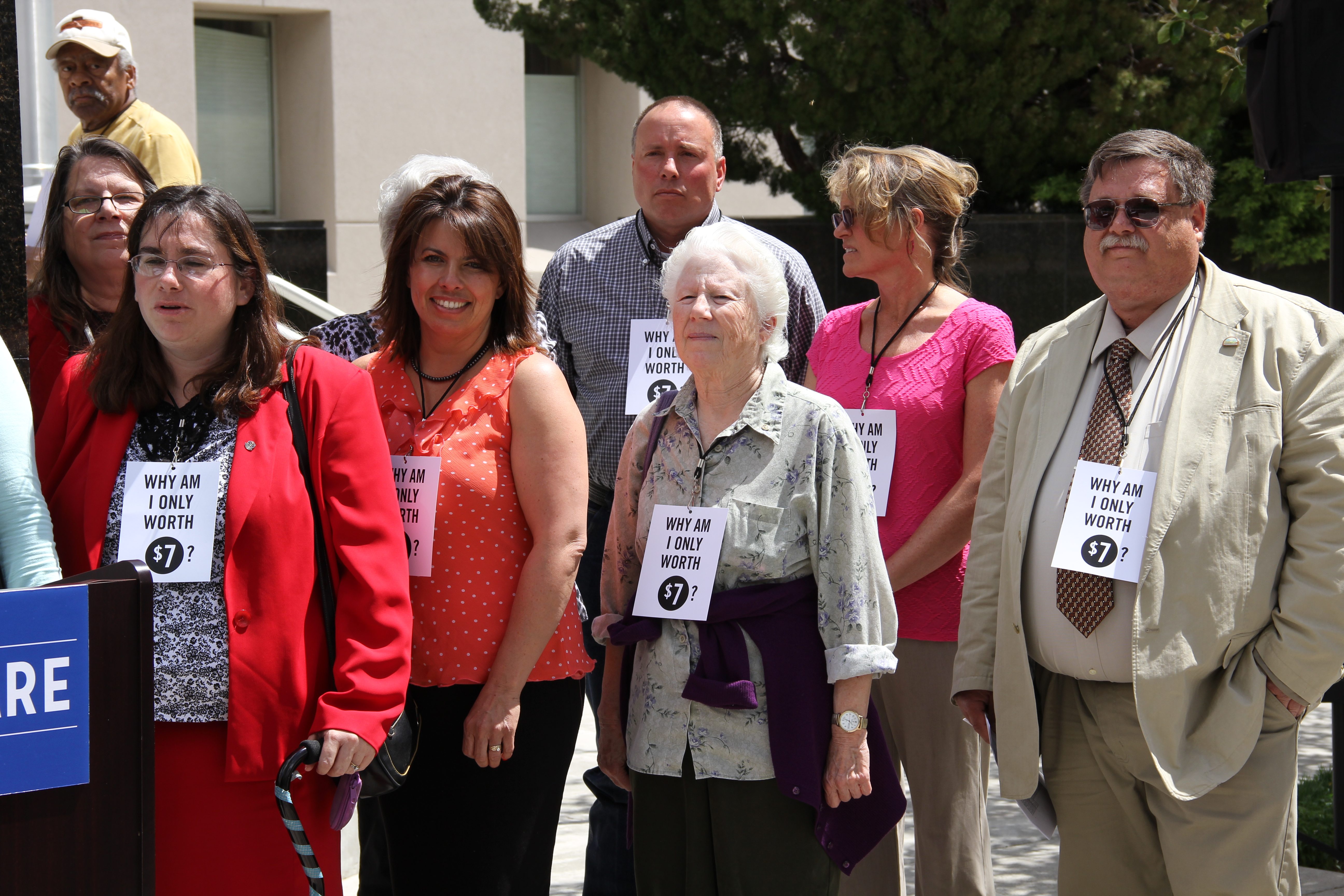 Why should Fernley citizens be worth only $7?

The Fernley Fair Share Committee and a group of Fernley citizens would like to create awareness about Fernley’s present and future sustainability with an inequitable distribution of Nevada Consolidated Tax or C-Tax under the current formula.

The C-Tax was implemented in 1997 to formulate distribution of six different state levied taxes to local jurisdictions. The City of Fernley was incorporated after the C-Tax structure was put into place. Fernley was incorporated in 2001, and therefore was not at the table when the formula for distributing funds from the tax was derived. Its population has nearly tripled since then due to development in Fernley and in the Tahoe-Reno Industrial Center.

“Fernley is only receiving about $7 per man, woman and child versus other cities our size such as Elko at $645 per citizen and Mesquite at $419 per citizen,” said Kelly Brye, vice president of the Fernley Chamber of Commerce. “The State Department of Taxation has determined an inequitable structure for distribution that has penalized our fast-growing city. If we cannot fix the tax structure, the situation will be unsustainable. The City of Fernley has no resources or infrastructure to support new industry or residents.”

The organization has asked for relief for Fernley in order for the city to be able to support its current infrastructure, as well as the future growth created by Nevada’s recent boom in economic development. The Fernley Fair Share Committee is concerned that the community cannot support its future given the C-Tax inequity.

Recent budget shortfalls have created public safety issues, creating dependencies with outside services, including public safety and fire. More than $1.4 million is needed for upgrades to the storm drainage system to safeguard the public. Of the 19 street projects recommended in the 5-year reconstruction program and plan, three have been implemented due to lack of funding. The city faces terrible street conditions in some key areas, including those leading to schools and the post office. One of the worst street conditions involves the roadway to the city’s economic engine, the industrial center on Newlands Drive.

“This is not the impression we want to give to companies considering relocating or expanding into the Tahoe-Reno Industrial Center,” said LeRoy Goodman, committee co-chair, former mayor of Fernley and former board member of the Nevada Commission on Economic Development. “The current distribution has unfairly penalized our city and not allowed us to provide adequate resources for basic city functions. Economic development is heading our way thanks to our proximity to Reno-Sparks and the Tahoe-Reno Industrial Center, the future home of the Tesla Motors gigafactory. We are simply asking for a more equitable and fair treatment for the citizens of Fernley.”

The Fernley Fair Share Committee wants the public to know that the C-Tax inequity is more than a Fernley issue. This outdated tax structure affects other growth cities in the area, and impacts the entire northern Nevada region in terms of economic development success and job creation. The committee believes it has exhausted the process with the Department of Taxation and in requesting relief within Lyon County, which receives the first tier of funding which then gets distributed to cities. Members of the group have also tried legislative relief in the past, and most recently have filed a lawsuit.