Not About Bikes: Thoughts on World Affairs (Opinion) 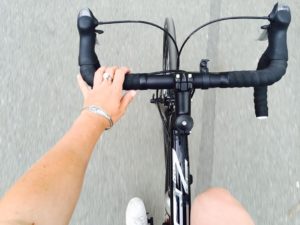 The world ignited this week.

I guess there’s always a fire burning somewhere in the world, but this last week felt explosive.

Literally, the top of the Calbuco volcano in Chile blew off causing thousands of nearby residents to evacuate.

A devastating 7.8 magnitude earthquake shook the world at Nepal, taking thousands of lives. Thousands more are at risk of death by disease as they are left to recover from the disaster and rebuild their homes from the rubble.

These natural disasters are unexpected sparks that truly put our existence here on Earth into perspective. We are so small. We have so much to be grateful for. The Earth explodes and life is forever changed.

And then there are those more slow burning flames. The ones that over time seem small, yet they multiply, gain heat, and eventually reach a boiling point.

In Baltimore, citizens have reached their boiling point. Another young man was murdered and his city has erupted. Many in Baltimore are peacefully protesting, but many are also setting fire to the streets, stoking a fire whose story is the same in urban communities across America.

I think an especially poignant quote regarding what the riots meant in the city comes from Baltimore Councilmen Nick Mosby was quoted to say, “What it is, is young folks of this community showing decades old anger, frustration, for a system that’s failed them. I mean, this is bigger than Freddie Gray. This is about the socio-economics of poor, urban America.”

I commend the citizens in Baltimore who are peacefully protesting. Who engage in civil discourse with authorities and stand for peace instead of violence.But, I also see the revolutionary power of ignited anger and a galvanized people.

In both reactions I hear a message loud and clear: Enough is enough. Police brutality must not be tolerated, and our communities deserve better.

I guess the question is who is listening? How many fires must start to burn before the change comes?