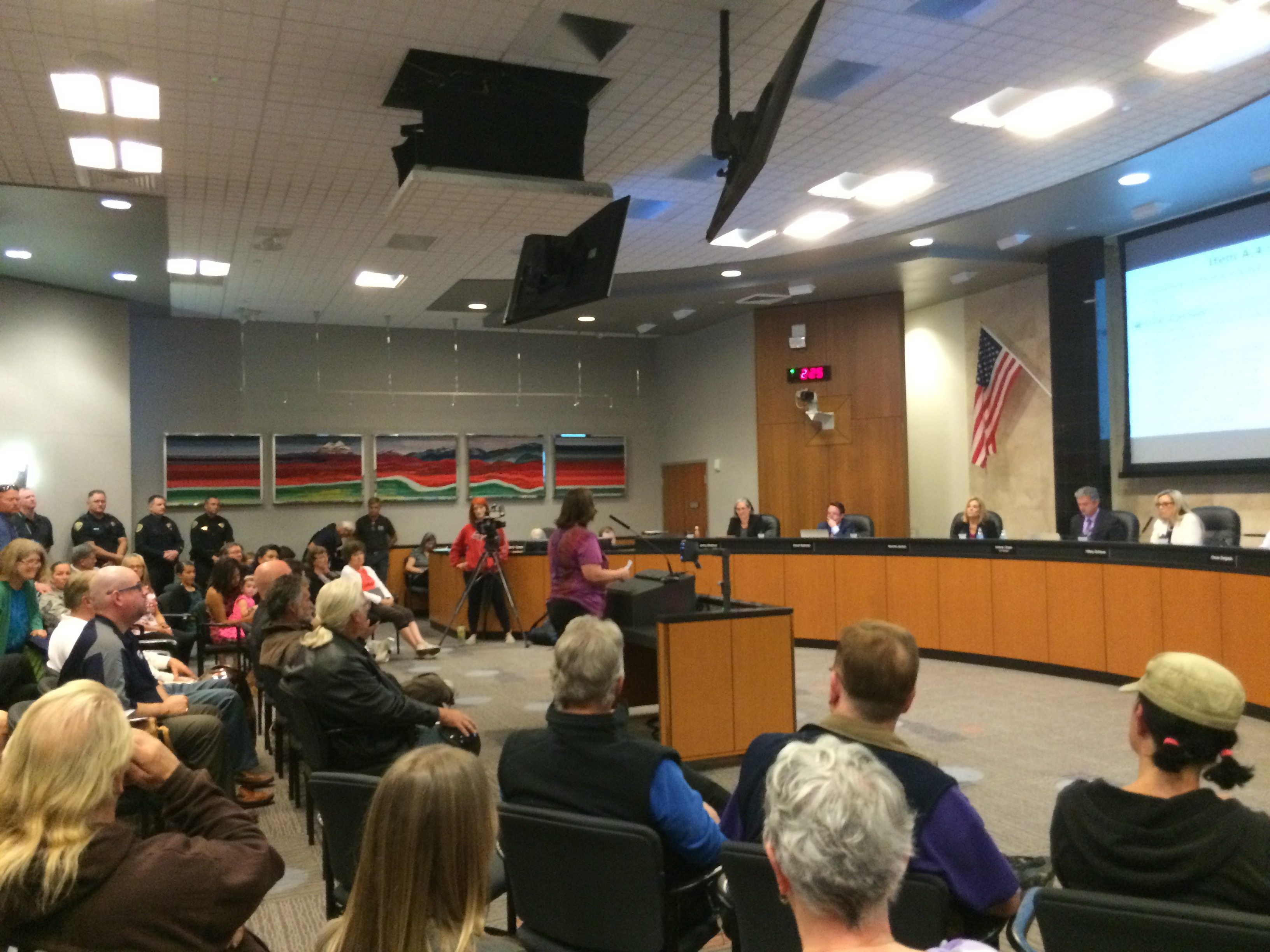 The Reno City Council Meeting yesterday was a hotbed of emotions and strong opinions over a cease-and-desist letter that halted the feeding of the homeless almost a week ago due complaints of public disturbances taking place among their attendees.

In a public comment period that started the council meeting, which lasted two hours, the shuttering of the latest feeding location has triggered a large and vocal public response from volunteers from multiple organizations that operated through We Care Volunteers, pleading with the Council to permit them to provide their service that, up to now, was feeding the homeless on Fourth Street at the Morris Burner Hotel.

Every person to take the podium supporting homeless feeding praised Amber Dobson, the driving force behind the hot meals, and echoed the need for this kind of volunteerism to be allowed to continue.

Several homeowners and business owners neighboring the hotel complained passionately about the the rise in violence and objective behavior in their neighborhood.

The City Council, and Mayor Hillary Schieve loudest of all, voiced concern about the situation and promised to find a way to continue the program, making the issue agendized for the following meeting — so that it could get the attention it deserves, according to the Mayor.